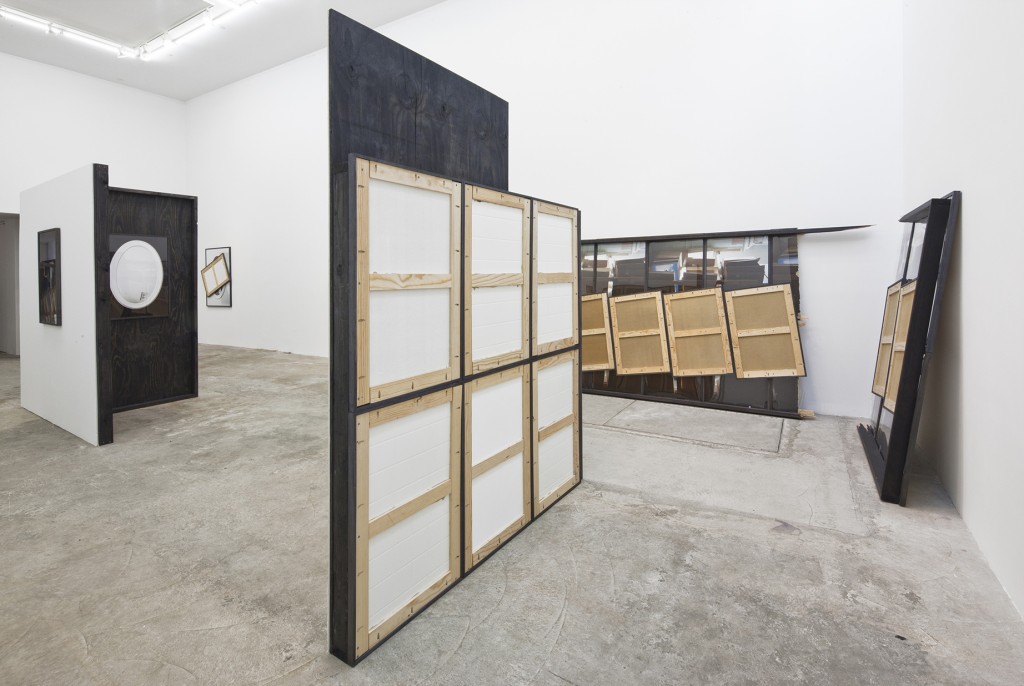 Currently on view until April 3rd is Brendan Fowler’s show Brendan Fowler with Joel Mesler and Carol Cohen (Spring 2011), at Untitled,  located at 30 Orchard Street. As its title indicates, the show consists of work  that plays with art exhibition techniques. Fowler’s show is only the fourth since the gallery’s opening in September, where his work was included in the inaugural exhibition. Untitled is the reincarnation of RENTAL Gallery,  whose owners, Joel Mesler and Carol Cohen, wanted to open a new space with a different set of goals. As Cohen told Art Observed at Untitled’s opening, the gallery’s goal is to “give more stability to the Lower East Side…not necessarily an art gallery district, but a way of seeing galleries. A place that can be professional without being in Chelsea. We want to give everyone more access to the gallery world.” 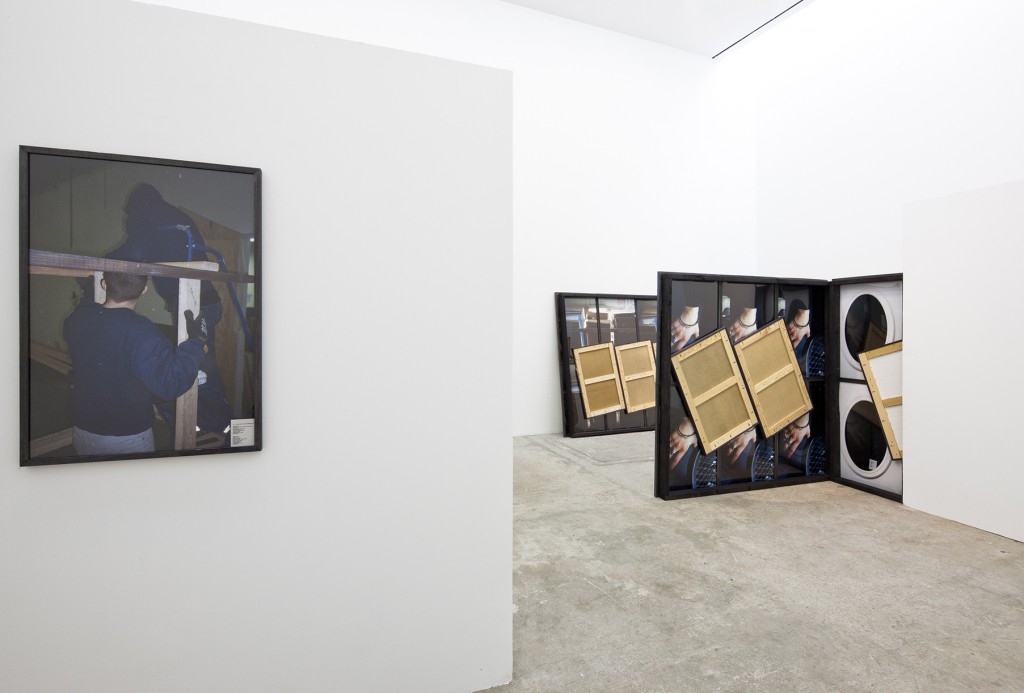 Brendan Fowler with Joel Mesler and Carol Cohen (Spring 2011) questions  traditionally acceptable art viewing, as well as conceptions of positive and negative space. Canvas stretchers are used as structural elements and inlaid with tiles or cardboard in sculptures that mimic gallery walls.  Combines are “crashed” together,  made up of multiple frames that create one tenuously wall-hung piece, wherein the images portray mirrors, raw materials and actions performed behind closed doors in galleries and museums. Photographs of people we can assume to be art handlers hang in black frames and are consistently faceless. The show brings “the other side” of the art world to the forefront, reminding the viewer that there is a specific economy of art that takes place apart from the interaction of artists, dealers, and collectors. 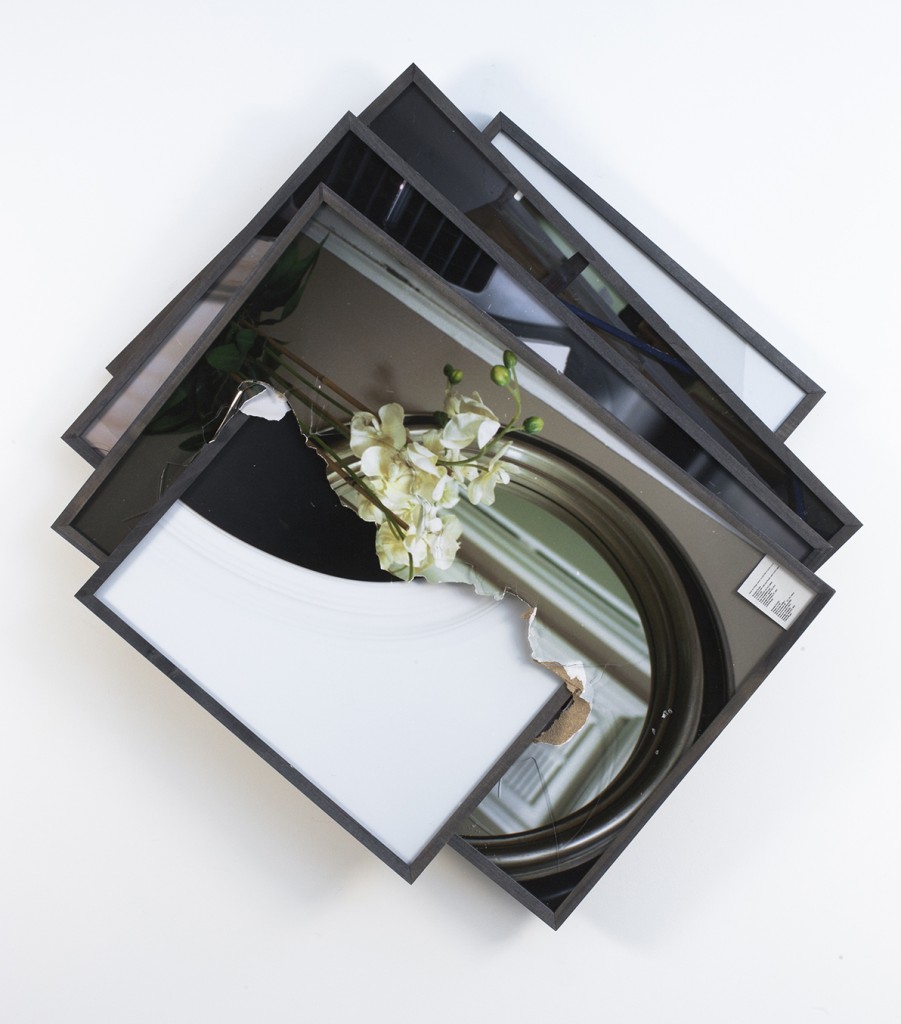 The work uses both minimalist and postmodern techniques, contrasting images of raw materials with constructions using that material itself. In certain ways, the work folds in upon itself, an idea reiterated by Fowler in the exhibition’s press release, where he states that he is “obviously interested in demonstrating process, and my exhibitions are always, at least in part, about drawing attention to the actual exhibition staging itself.” 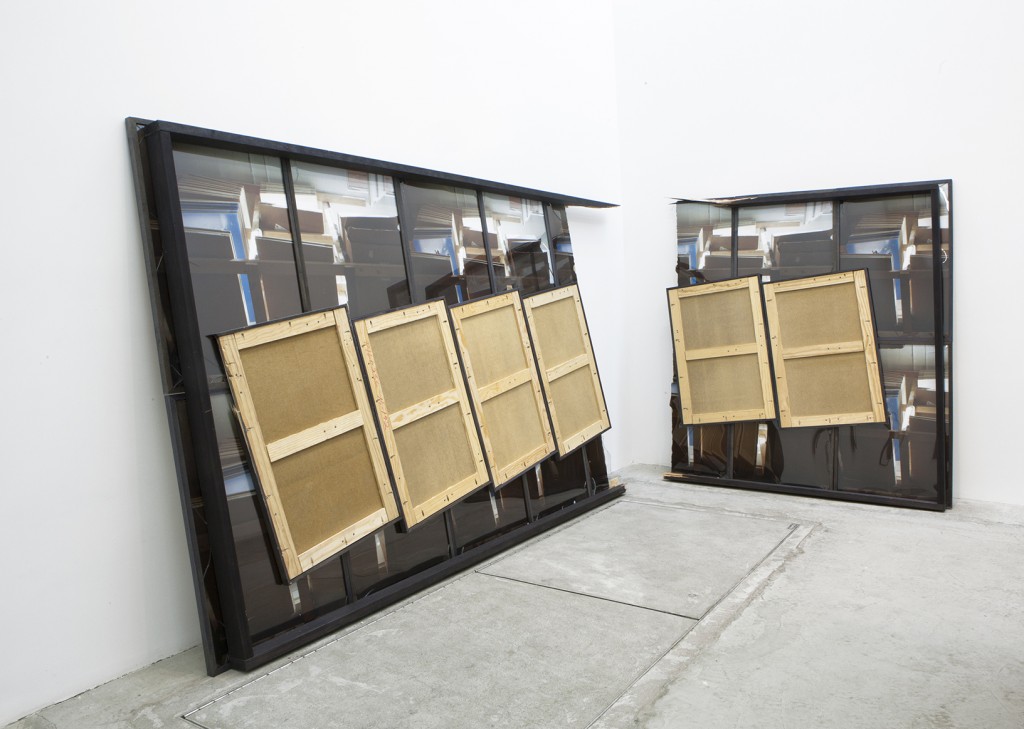 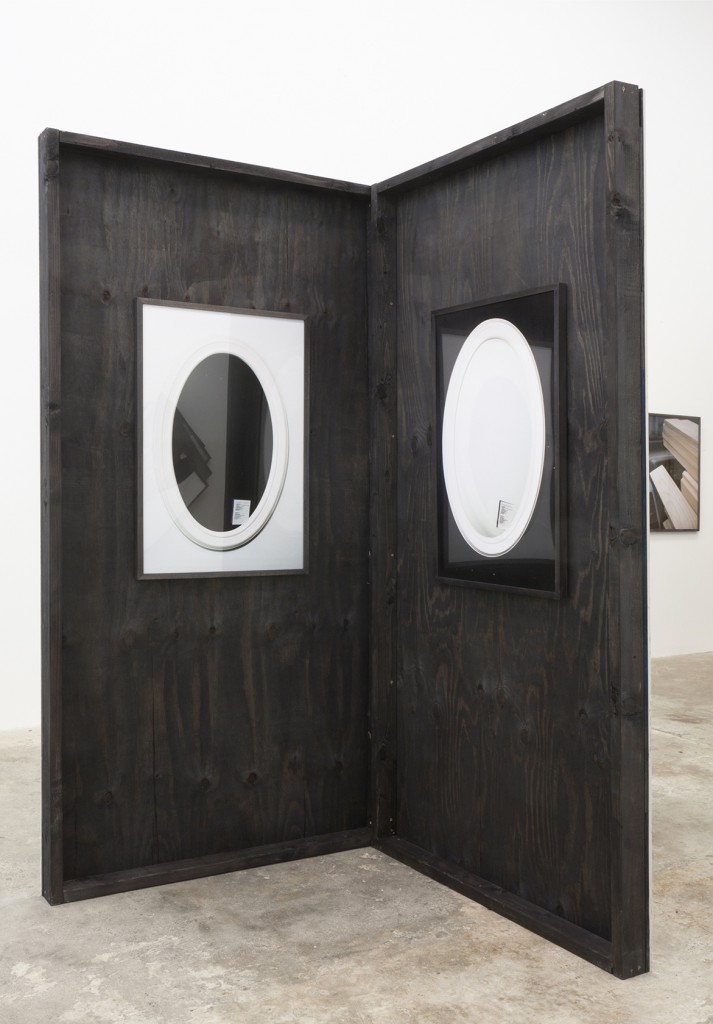 Brendan Fowler is best known as a musician, and has been popular on the indie circuit for a few years under the name BARR. He is also a curator, co-owner of Doggpony Records, the co-editor of ANP (Artist Network Program) Quarterly, an art publication.

This entry was posted on Tuesday, March 29th, 2011 at 10:16 am and is filed under Go See. You can follow any responses to this entry through the RSS 2.0 feed. You can leave a response, or trackback from your own site.