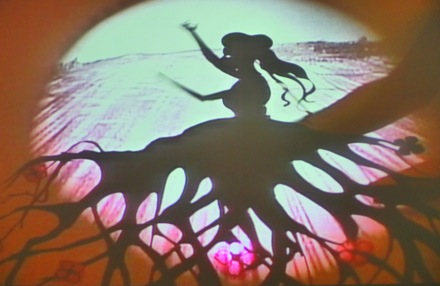 Kara Walker is expanding her study of silhouette figures and video to Lehmann Maupin’s Lower East Side branch. The exhibition, Fall Frum Grace, Miss Pipi’s Blue Tale, presents a few video works in conjunction with Walker’s graphite drawings that are on view at Sikkema Jenkins & Co. in Chelsea. 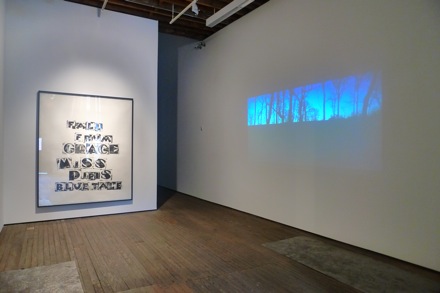 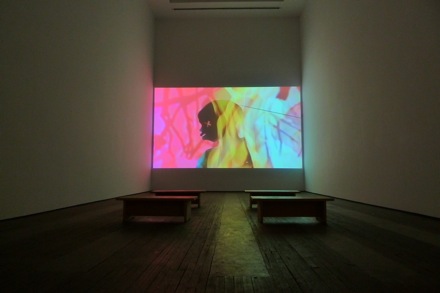 Centered on the shadow puppet narrative Fall Frum Grace, Miss Pipi’s Blue Tale, the exhibition of the same name retains Walker’s themes that explore race and gender with violence and sexuality while gesturing to the American South. The artist’s silhouettes, with their faceless non-identities, open up possible representations to depicting a regional history rather than a specifically individual struggle. Miss Pipi tells the story of its namesake heroine that is subjected to the contradictory mythology of Southern womanhood—that is, the stated sacredness of the female body, while it is in practice often offered to men’s overt sexual desires. 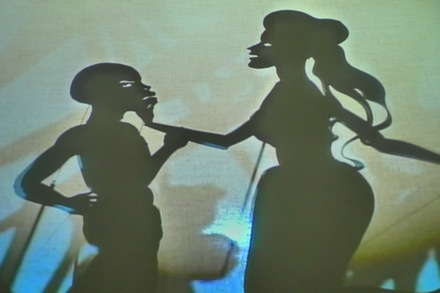 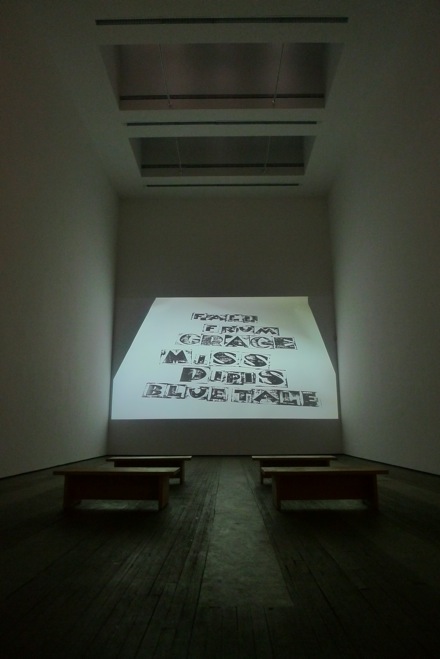 Also included is Levee, a video loop depicting an idyllic sunrise landscape set in Mississippi. The empty nature scene repeats without any actual events taking place and presents the Mississippi River panorama as a locale of both possibility and stagnancy.  Opposite the projection is an ink on paper drawing of the Miss Pipi title that mirrors the way it is shown in the exhibition’s namesake video piece. Finally, a third video is shown upstairs that this time presents the artist on a couch with guitar in hand and warbling about having the blues. However, Walker never clearly expresses herself because the videorecording cuts and skips, reducing the artist into a stuttering repetition that is barely intelligible. The two-part exhibition will remain on view through June 4. 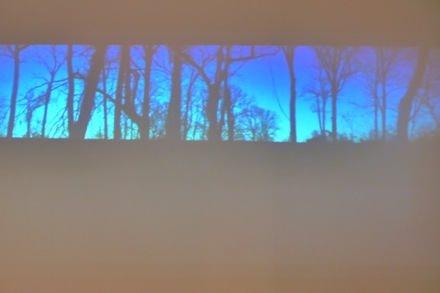 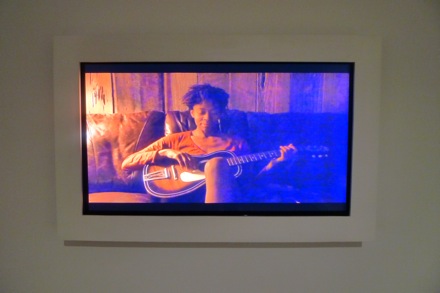 This entry was posted on Saturday, April 23rd, 2011 at 7:17 pm and is filed under AO On Site. You can follow any responses to this entry through the RSS 2.0 feed. You can leave a response, or trackback from your own site.