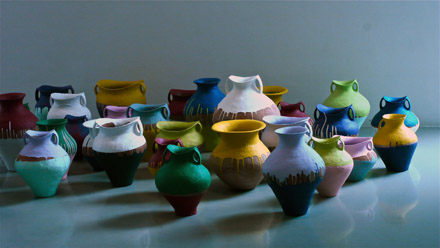 AO was on site for the preview of Lisson Gallery‘s major survey show of work by Ai Weiwei. Any reading of the exhibition cannot help but be inflected, if not radically transformed, by the knowledge that the artist’s whereabouts and condition are still unknown after being detained by authorities in Beijing on April 3rd, 2011. The exhibition, which will open to the public on May 13th, coincides with the London display of Ai Weiwei’s Animal/Zodiac heads at Somerset House.

Lisson director Greg Hilty and founder Nicholas Logsdail began the day by addressing the absence of the artist directly. They explained that Lisson Gallery had considered canceling the show, but that the “general consensus” among all involved was that it should “absolutely go ahead” despite the fact that Logsdail described the opening day without the presence of the artist as “mortifying.” 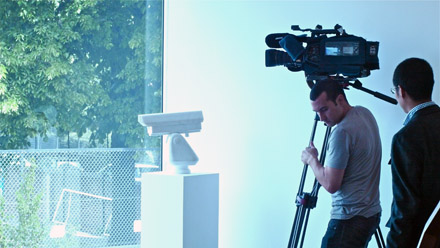 Weiwei often pushes the boundaries of institutions that exhibit his work, therefore the difficulty of putting on a survey show lies in that the nature of his practice is hard to define. The selection is curtailed to video and sculptural works in a kind of redress of the attention attracted by works like his famous Sunflower Seeds and Template.

For a “major survey,” the show is radically concise, consisting of only 13 pieces. The exhibition takes place over the two Bell Street spaces, as the gallery attempts to draw out Ai Weiwei’s iconoclasm. Marble Chair (2008), carved from a single piece of marble, is placed at the entrance, marrying one Bell Street space to the other, and leading into a survey of works characterized by fluid craftsmanship, which sit well in a gallery that has a long history with minimalist artists like Donald Judd and Sol le Witt. 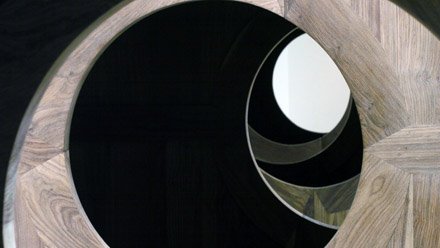 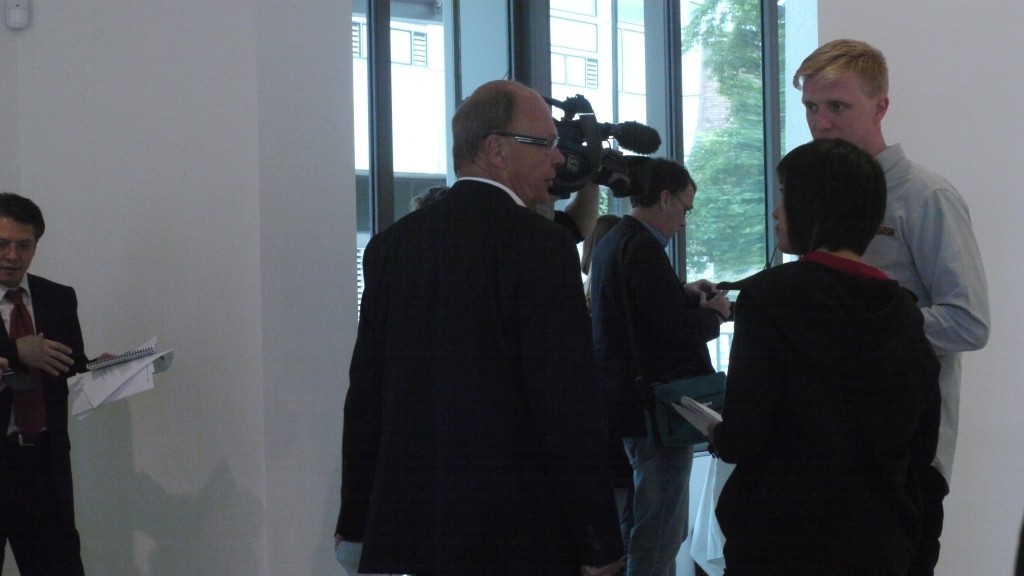 In the first gallery, the viewer is presented with Colored Vases (2010), made of actual 6000 year-old Han Dynasty pots painted over with bright industrial paint, perhaps a nod to the state of contemporary China in relation to its long, rich history. Video works Chang’an Boulevard (2004) and Second Ring (2005) are both influenced by the prosaic, deadpan concentration of Warhol’s Empire State (1964) and highlight Ai Weiwei’s early and sustained enthusiasm for the pop artist.

The second space contains works of exquisite minimalism such as Divina Proportionae (2010), Coffin (2005), Untitled (2010) and Moon Chest (2008), which, when looked through, mimics the stages of a lunar eclipse and is designed to permit 81 unique permutations. As Hitly pointed out, though Moon Chest is bulky and spatial, “monolithic and monumental”, the work is playful, characteristically light of touch, and teases out a fine poetic metaphor. Similarly, Divina Proportionae (2010) is meticulously crafted while being based on children’s toys. Surveillance Camera (2010), a frozen monument to the contemporary culture of surveillance carved in marble, drew considerable attention, mounted by the irresistible irony of cameras-photographing-cameras-photographing-cameras in and around the gallery. 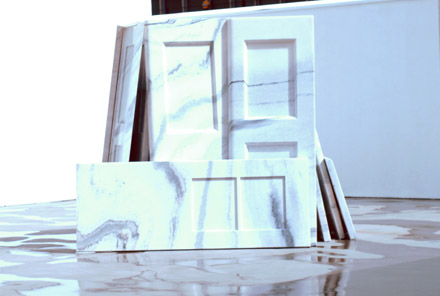 Outside, in the sculpture park, marble doors are piled up to mimic the junkyards found around in Beijing as a symptom of the city’s regeneration. The choice of material and its heavy entombment of the current and the ephemeral is consonant with the risk and rigor of Colored Vases (2010, 2009). 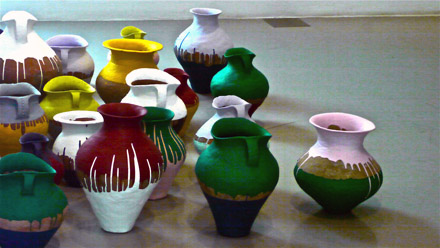 Ai Weiwei’s work has always accommodated contingencies and withstood unforeseen transformations over the passing of time: during the preview of Documenta 12 (2007) in Kassel, Weiwei’s sculpture Template was famously destroyed by a violent gust of wind, the artist choosing not to restore it to its former state; Sunflower Seeds (2010) (installed in Tate Modern’s Turbine Hall) was initially immersive and then became distant when, due to health and safety restrictions, it became possible to view the installation only from behind a security barricade. 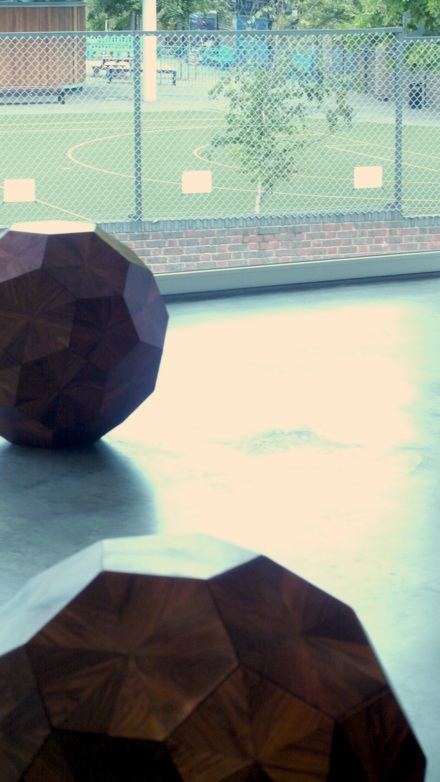 Weiwei’s works consistently involve a stoic pragmatism that engages with history and materials, as well as a preference for ‘rough’ rather than ‘ideal’ architecture. His refusal of the utopian, despite seeking to affect social change, can be seen in his reaction to the destruction of his studio, as reported in Time Out Hong Kong: “… if you see art as a conclusion then you will only see destruction. Yet if you see art as a beginning then the action takes things one step further and becomes meaningful. I’m not saying it wasn’t extremely hard to handle, but the statement of bulldozing the studio by the government clearly showed people what kind of state we are in.” 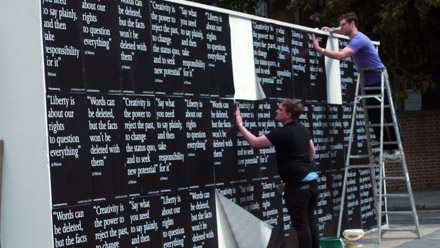 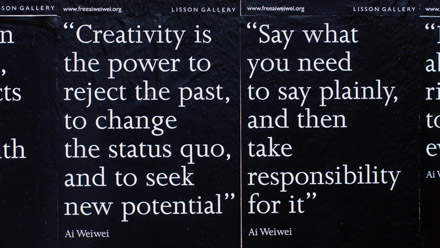 Unlike the government he has challenged, Ai Weiwei has been nothing but forthcoming in his views and commitment to freedom, and we can only hope that continued publicity and exhibition both of his work and political views will help lead not only to his release, but continue to encourage the transparency he attempts locate in his practice. In conversation with Hans Ulrich Obrist in 2010, the artist said of his work: “I take art very seriously, but the production has never been serious, and most of it is an ironic act. But anyhow, you need traces, you need people to be able to locate you, you have a responsibility to say what you have to say and to be wherever you should be…It’s not the work itself. It’s a fragment that shows there was a storm passing by.” His statement that seems all the more poignant today. 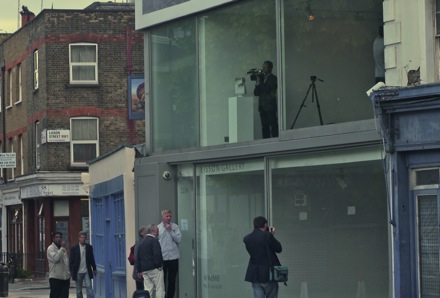 This entry was posted on Thursday, May 12th, 2011 at 3:55 pm and is filed under AO On Site, Art News, Go See. You can follow any responses to this entry through the RSS 2.0 feed. You can leave a response, or trackback from your own site.