In conjunction with an exhibition on the third floor of the Arsenal Building, the Pulitzer fountain outside the Plaza Hotel by Central Park is currently the site of Ai Wei Wei’s Animal/Zodiac Heads, as part of a multi-year touring exhibition that will cross the United States.  The exhibition takes place in the wake of international uproar and protests over the disappearance of artist and activist Ai Wei Wei, who was taken into custody by the Chinese government on  April 3rd, 2011 and has since been missing. The unveiling had been moved up to Wednesday from Monday due to the Mayor Bloomberg’s wish to postpone it to attend a news conference responding to the death of Osama bin Laden, which had been announced the night before. 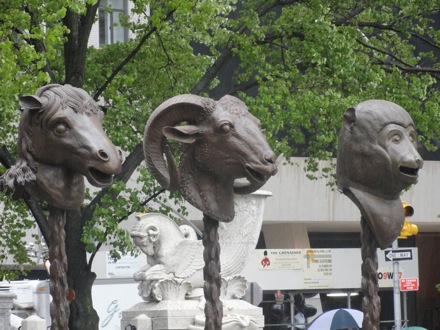 The Animal Heads are reinterpretations on a larger scale of those initially created to adorn a water clock-fountain at former imperial retreat Yuanming Yuan.The original clock featured the animal heads spouting water at two hour intervals, until they were ransacked by invading French and British troops in 1860. According to The New York Times, the artist considers New York an appropriate place for the project because “It’s not one kind of people…It’s a zodiac city.”  The project is also interpreted by some to be a statement of the Western appropriation of Chinese traditionalism and culture.  The original Zodiac heads themselves bear heavily on heritage issues because they were themsleves ransacked 1860 by British and French troops in China and have still not been reassembled together.  Some interpret the Circle of Animals installation as a statement by Ai Wei Wei on not only his freedom as a Chinese artist to work in the West, and in some cases in artistic statements against the current Chinese regime, but also to bring sacred symbols of Chinese culture to the heart of the West with him. 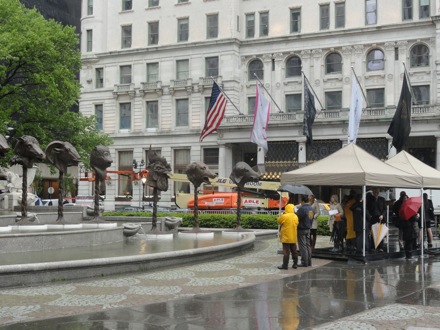 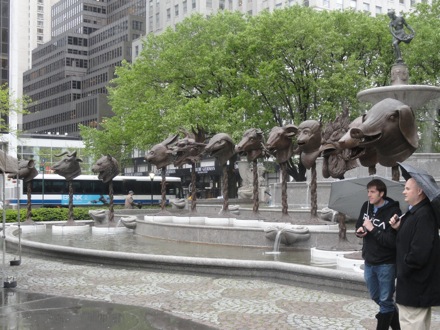 Ai Wei Wei has been outspoken both in his encouragement of experimental art in China and in his sharp criticism of the Communist government. His heartfelt works have expressed an allegiance to the Chinese people and culture while participating in a global, media-savvy conversation and responding to political upheaval. Arguably the best-known Chinese artist, he has been invited to exhibit work in locations as varied as the Tate Turbine Hall to Comme des Garçons in Hong Kong. 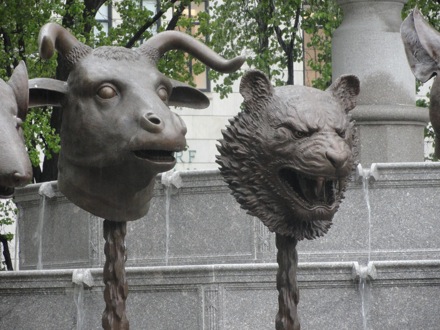 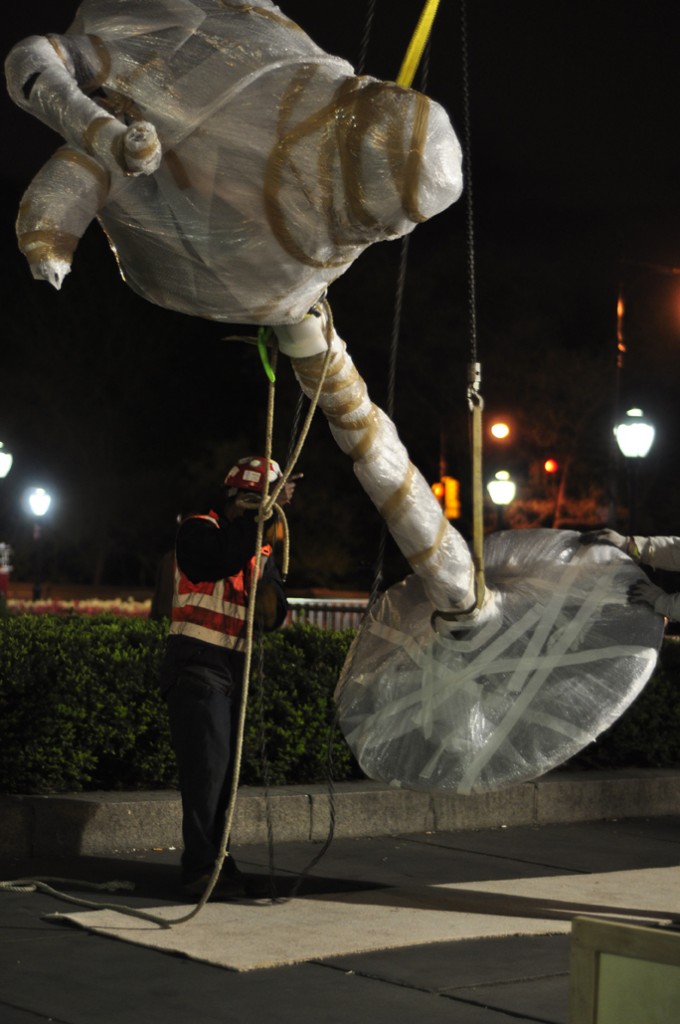 Following the resulting demolition of his studio in China by the government in January 2011, Ai Wei Wei stated that he believed the Chinese government was persecuting him in response to his support of one of two causes- that of an executed man (considered to some a national hero) who killed six policemen after being arrested and beaten for riding an unlicensed bicycle, or that of an activist who lived in Tokyo’s Narita Airport after being denied reentry to China, about whom the artist filmed a documentary. He announced that he would be relocating to Berlin, and was soon after arrested. The Chinese government has released statements claiming they are holding the artist under suspicion of “economic crimes,” but many believe the arrest is part of a greater trend of silencing the voices of those with dissenting opinions in China.

This entry was posted on Wednesday, May 4th, 2011 at 11:01 am and is filed under AO On Site, Art News. You can follow any responses to this entry through the RSS 2.0 feed. You can leave a response, or trackback from your own site.