AO On Site – New York: “Blankness is Not a Void” Steven Parrino, Raymond Pettibon, and Scott Campbell at Marc Jancou Contemporary through June 4 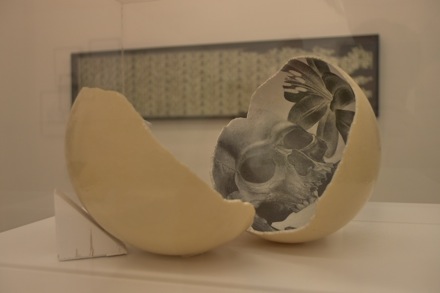 Friday evening marked the opening of Marc Jancou Contemporary’s exhibition Blankness is Not a Void, a group show of works by Steven Parrino, Raymond Pettibon and Scott Campbell. Encouraging a dialogue between three artists of disparate time and locale, the exhibition showcases the overlapping thematic and formal references each artist drew not only from their social milieu, but also from each other. 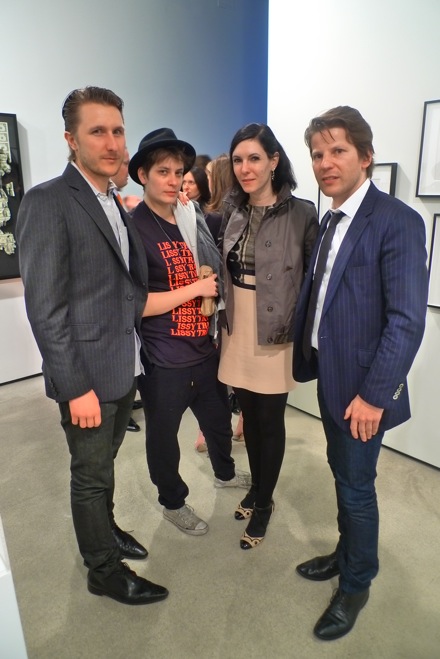 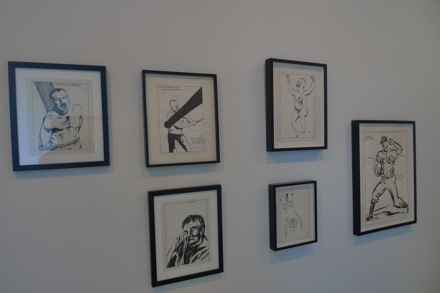 A grouping of works by Raymond Pettibon.

Allowing both conversation and a sense of individual identity, works are arranged in common groupings throughout the two galleries and are loosely organized by a particular artist’s endeavor. Raymond Pettibon’s works on paper are interspersed in groupings that hint at particular thematic issues. Some drawings focus on symbols and icons, while others display women in various poses. Further groupings center around issues of urbanity, while one poignant collection depicts men in various archetypes that span from the Hero to the Martyr. This is not the first time Marc Jancou has exhibited Pettibon’s drawings- the gallerist had previously showed Pettibon’s work at his former gallery in Zurich. 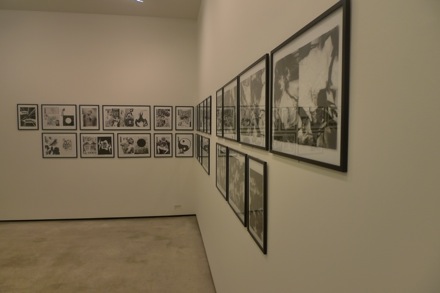 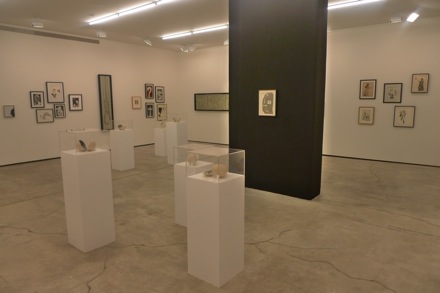 Grouped between Pettibon’s drawings are a wide range of works on paper by Steven Parrino. The original renderings of the artist’s comic book project Exit/Dark Matter make their inaugural American appearance after numerous exhibitions in Europe. “Exit/Dark Matter pre-references his eventual distorted paintings, for which he is widely known,” gallerist Marc Jancou told Art Observed. Placed next to the comic book originals is a series of enamel-on-paper works that similarly lay the foundations for his self-proclaimed “necrophilic” practice of painting. Like his works that reference death on a formal level through broken frames or shriveled canvases, these works of enamel-on-paper exhibit creases and blotches, and alternate, disfiguring approach to an otherwise traditional medium. 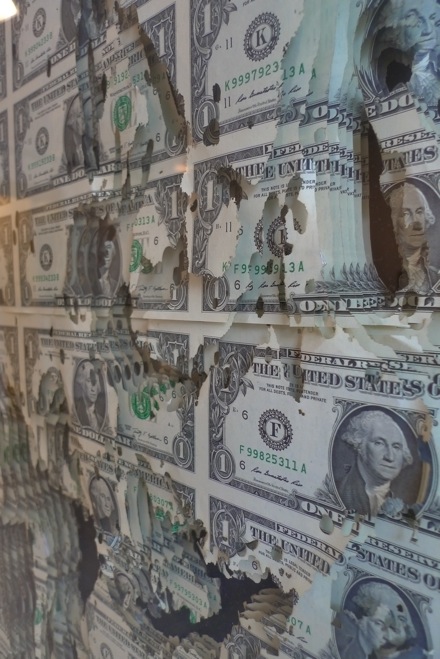 The exhibition’s youngest artist is Scott Campbell, who presents two different series of work. “It’s a meeting of three generations of artists,” gallerist Marc Jancou told Art Observed. “Including Scott Campbell with the other two artists is an opportunity for him to express his references, and more—his heroes.” Indeed, Campbell’s work owes a great deal to Parrino and Pettibon both formally and thematically. The artist’s dollar bill series, in which he purchases sheets of currency from the US Treasury and overlays them to create a particular image, draw from the other artists’ themes of love and death. The process of laser cutting the sheets hints at the ability to create in large quantities, while a close look at the works reveals a methodical and delicate fragility. Campbell’s other pieces reveal the meticulous application of graphite to the primed inside of an ostrich egg, portraying imagery that directly references his tattoo practice. To produce the shells, the artist had to first remove the inner fluids and crack the pieces open into two equal parts. Contrary to the interplay of mass-production and fragility that one finds in the US Currency series, the ostrich eggs imply a painstaking process but exhibit an effortless grace. 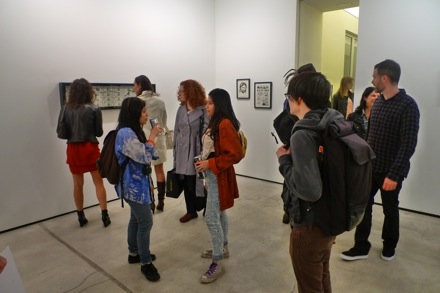 Marc Jancou Contemporary hosted an opening reception followed by a private reception at the nearby Jane Hotel.  The artist Scott Campbell and various recognized figures of New York City culture such as Chloë Sevigny and Terry Richardson were in attendance at both events.  The exhibition will run through June 4. 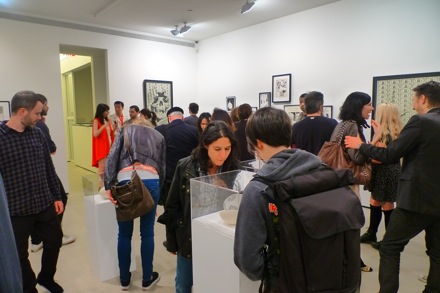 This entry was posted on Monday, May 2nd, 2011 at 12:20 am and is filed under AO On Site. You can follow any responses to this entry through the RSS 2.0 feed. You can leave a response, or trackback from your own site.