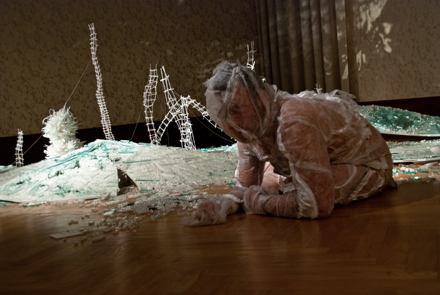 Marya Kazoun, They were there (2011). All photos by Caroline Claisse for Art Observed unless otherwise noted.

Glasstress 2011 is an exhibition devoted solely to glass, featuring internationally renowned artists, architects, and designers such as Zaha Hadid, Ursula von Rydingsvard, Kiki Smith, Doug and Mike Starn, Fred Wilson, Marya Kazoun, Huan Zhang, and even musician Pharrell Williams. It is one of the official 37 collateral events of the biennale, and also includes a reinstallment of Doug and Mike Starn’s Big Bambú on the roof of the Dorsoduro, next door to the Peggy Guggenheim Collection. 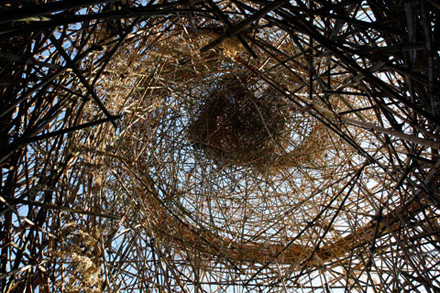 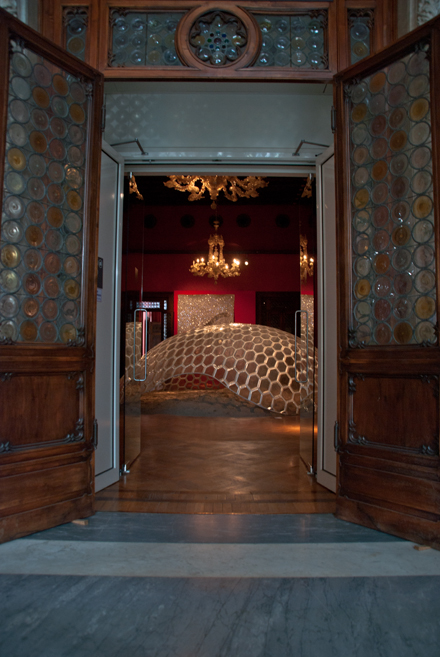 Entrance to Glasstress 2011 at Palazzo Franchetti.

Conceived by Adriano Berengo, together with the Museum of Art and Design in New York, Glasstress takes place at the Palazzo Cavalli Franchetti. It is curated by Lidewij Edelkoort, Peter Noever and Demetrio Paparoni, with contributions from Bonnie Clearwater. The exhibition represents an attempt to give credit to an underrated medium.

One note-worthy sculpture on view is by Chinese artist Zhang Huan. The artist depicts himself in a meat-covered body (referencing his performance at the 2002 Whitney Biennial) tugging at a figure with the body of Buddha and the head of Ai Weiwei, with a sunflower seed in the place of his heart. 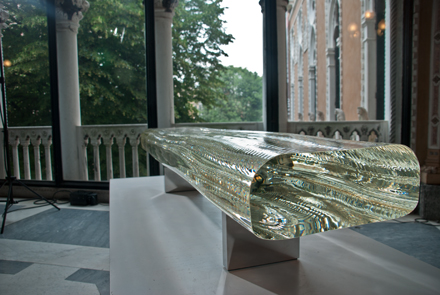 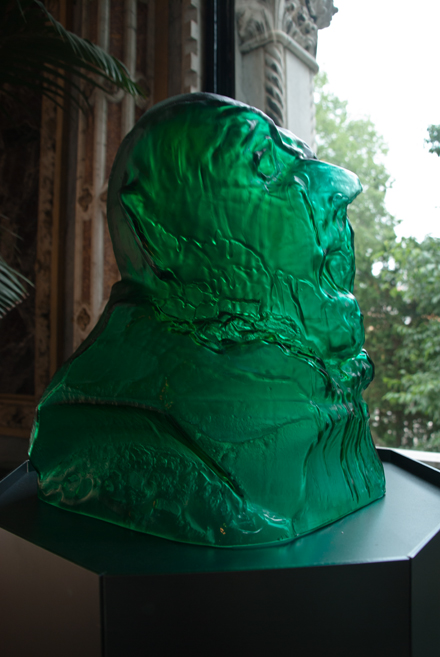 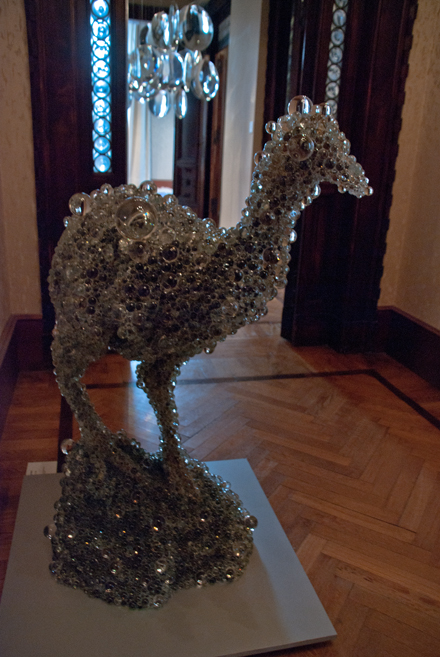 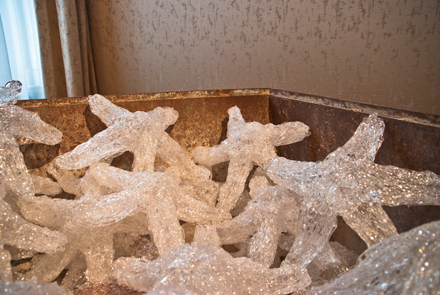 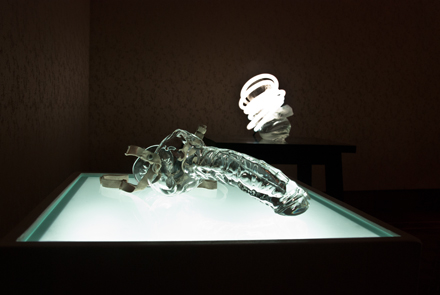 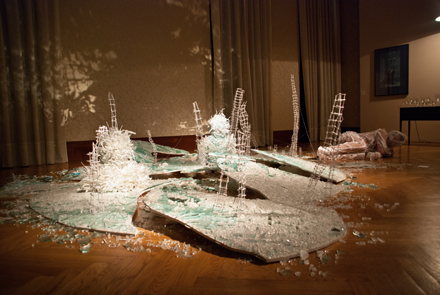 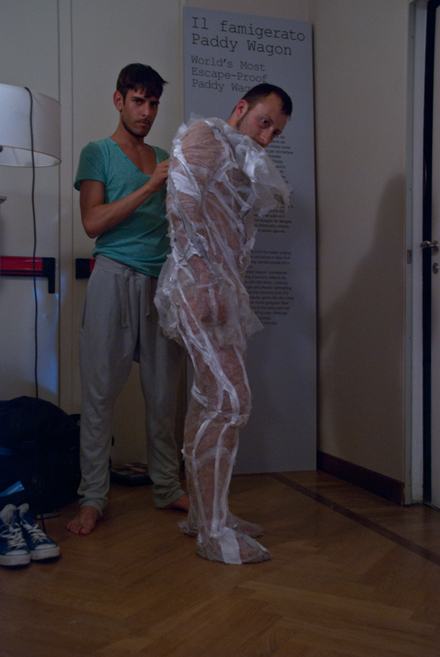 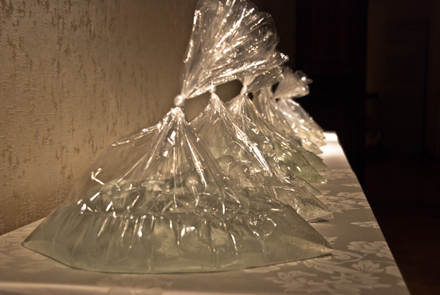 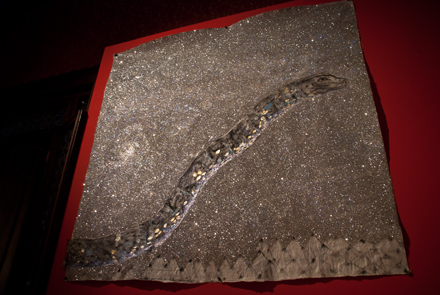 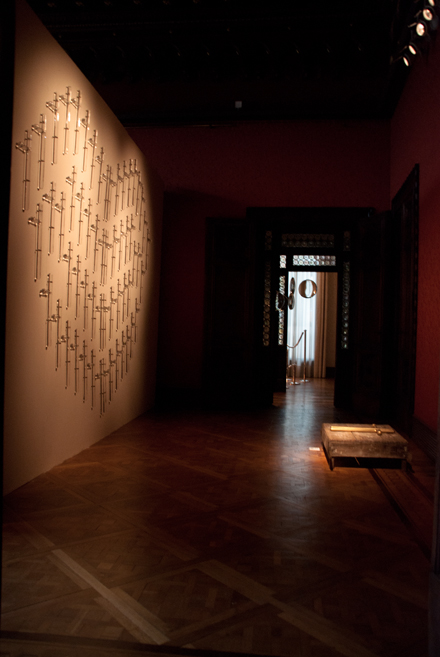 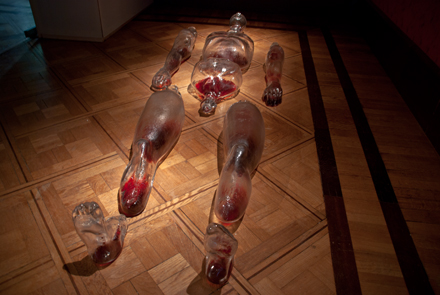 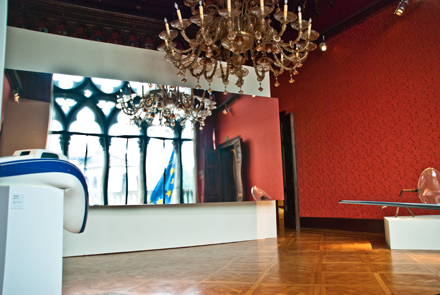 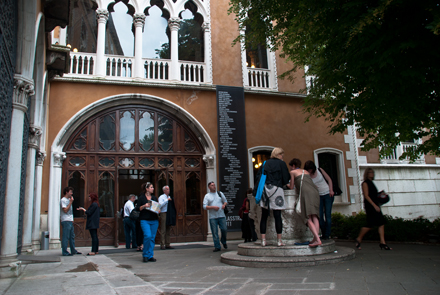 A familiar site to contemporary art goers is Big Bambú. The central part of the structure is 15 meters tall, built entirely of hollow stalks of bamboo bound together with rope. As in its installation on the roof of the Metropolitan Museum, the creators, Doug and Mike Starn, have also created a trail which spirals up to a 6 meters wide lounge. The sculpture is constantly in flux; the creators and crew of rock climbers will continue to lash together bamboo until the closing day on June 15th. 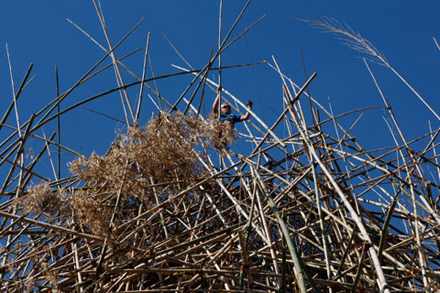 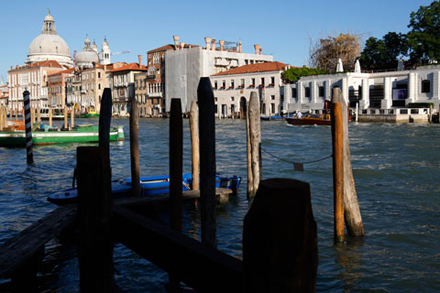 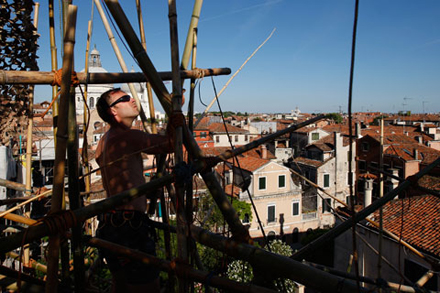 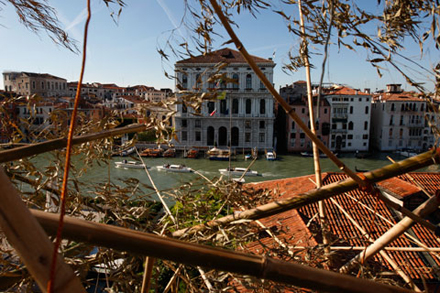 The view across the lagoon. Image courtesy NYT. 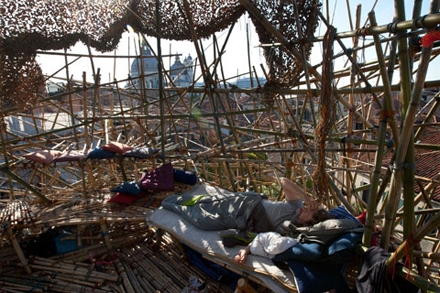 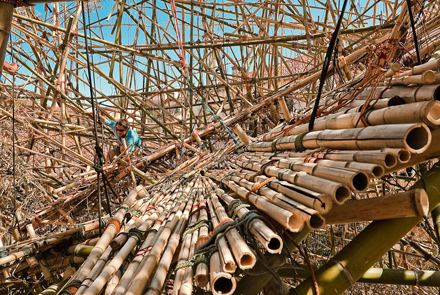 This entry was posted on Sunday, June 5th, 2011 at 11:57 pm and is filed under AO On Site. You can follow any responses to this entry through the RSS 2.0 feed. You can leave a response, or trackback from your own site.