May 19th, 2022
REFERENCE LIBRARY
Home » AO On Site for the 54th Venice Biennale 2011: Preview (with photoset) of the 54th International Art Exhibition in the Central Pavilion, and announcement of 2011 winners of the Golden and Silver Lions

AO On Site for the 54th Venice Biennale 2011: Preview (with photoset) of the 54th International Art Exhibition in the Central Pavilion, and announcement of 2011 winners of the Golden and Silver Lions 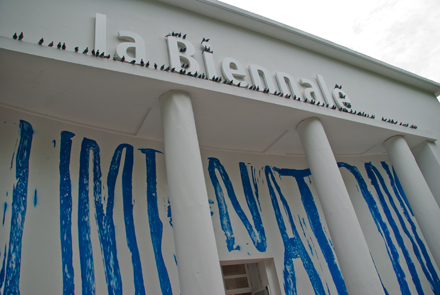 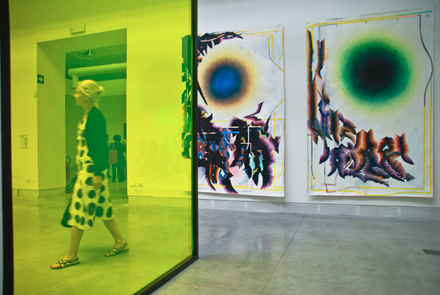 More text, images, and the announcement of the winners after the jump… 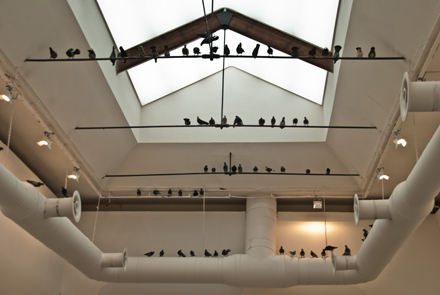 The Golden Lion for the Best National Participation went to Christoph Schlingensief’s German pavilion. The pressrelease states that “Christoph Schlingensief has developed a multi-disciplinary practice that is intense, committed, and possesses a strong personal vision. The jury would also like to praise the curatorial work of Susanne Gaensheimer.” Honorable mention was given to the Lithuanian pavilion “for its conceptually elegant, and productively ambiguous framing of a nation’s art history.”

The Golden Lion for the Best Artist at the ILLUMInations exhibition went to Christian Marclay for The Clock, a “masterpiece” that has “made the boundaries between artistic forms and genres irrelevant.” Honorable mention went to Klara Lidén for Untitled, (Trashcan), 2011 as a “confirmation of the strength of her work, its wit and rage, as well as its ability to bring the logic of public intervention into the museum space.”

The Silver Lion for a Promising Young Artist at the ILLUMInations Exhibition went to Haroon Mirza “for the way his work immediately engages the viewer with its refreshing use of weakness and power.” 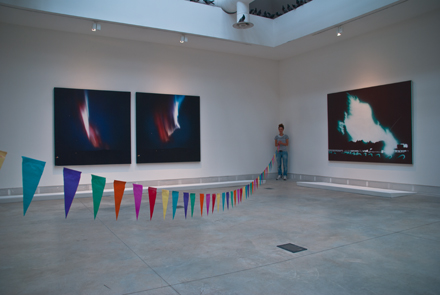 Installation inside the central pavilion.

In an official interview with La Biennale, Bice Curiger spoke about her practice as a curator, sharing, “I consider myself as a partner of the artists and partner of the audience.” This approach plays out in the exhibition, whose collaborative spirit provides a welcome contrast to the more “competitive” pavilions. Compared with Daniel Birnbaum’s 2009’s international exhibition that presented a majority of mid-career artists, the selection for Curiger’s show is decidedly young. An issue particularly highlighted in Curiger’s choice of artists is the nomadic nature of contemporary art practice – an especially fitting motif given the international nature of the show.

Curiger is an art historian, critic and curator at the Zurich Kunsthaus. She is the founder and editor-in-chief of “Parkett” magazine and is the publishing director of “Tate etc.” 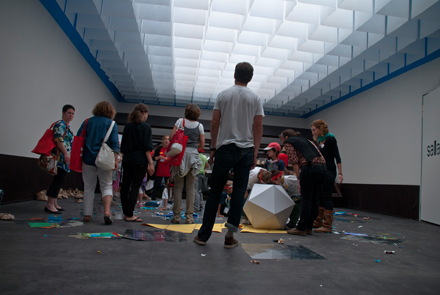 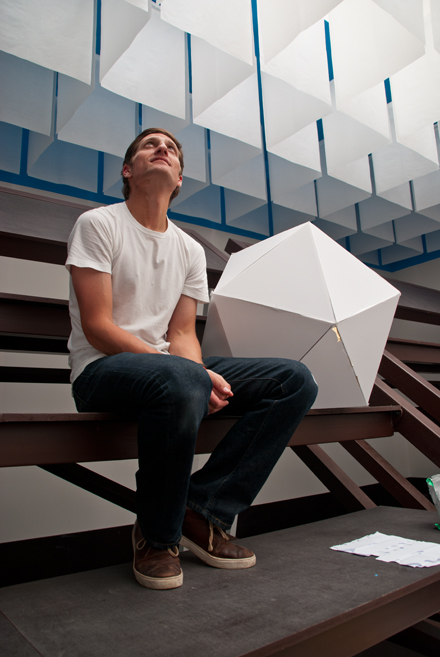 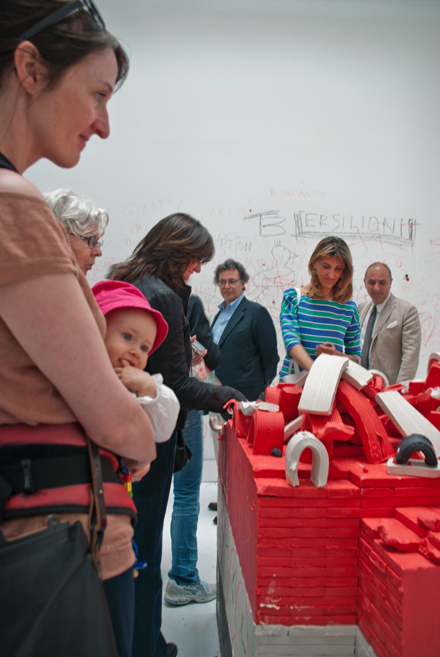 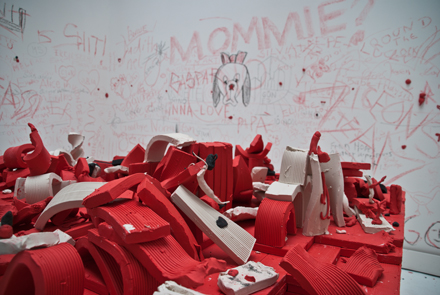 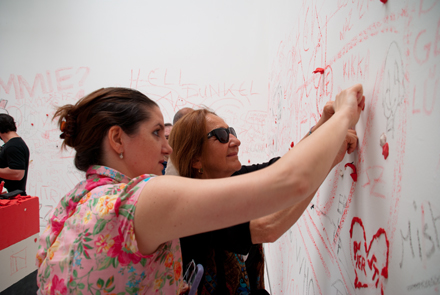 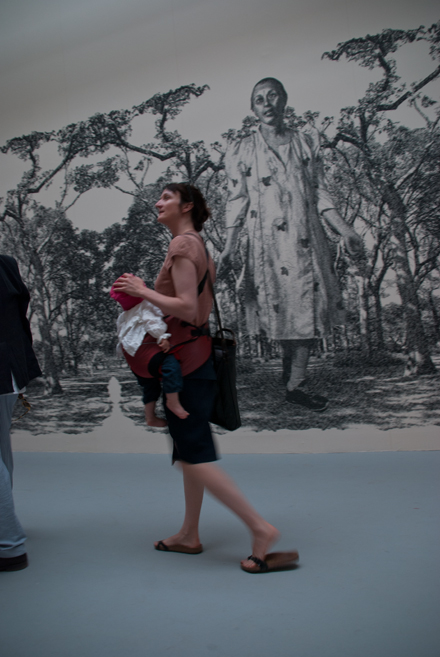 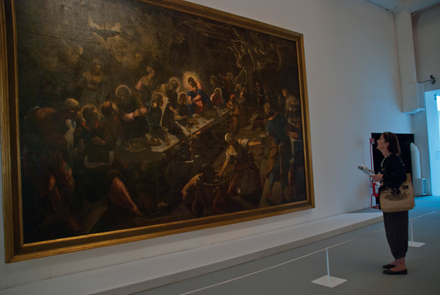 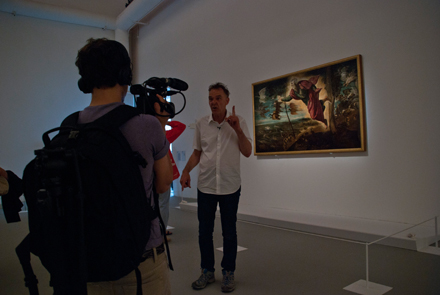 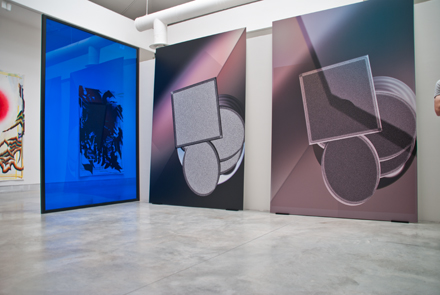 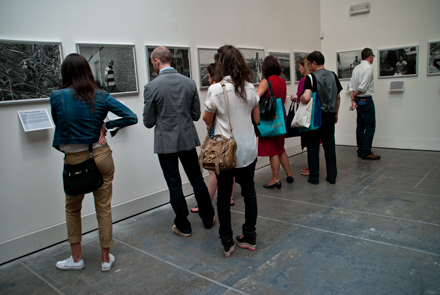 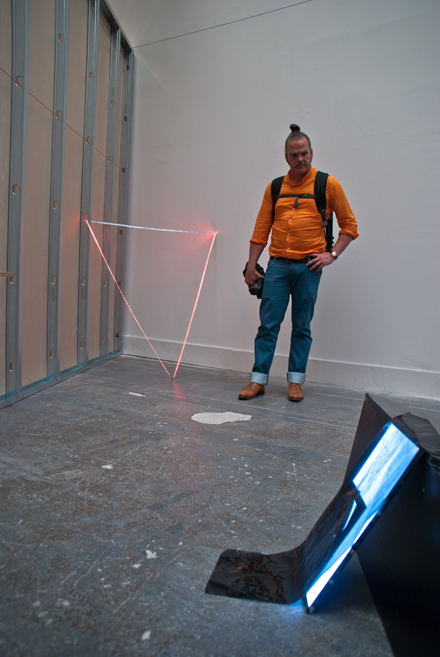 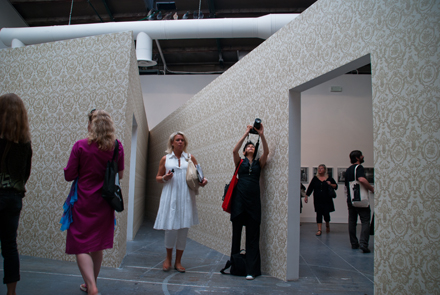 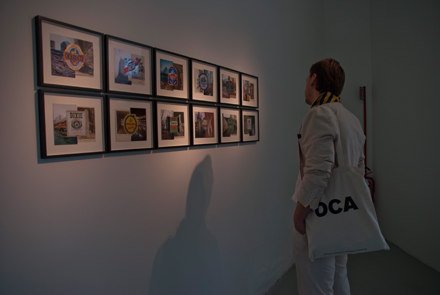 Cyprien Gaillard, Floods of the Old and New World (2011) 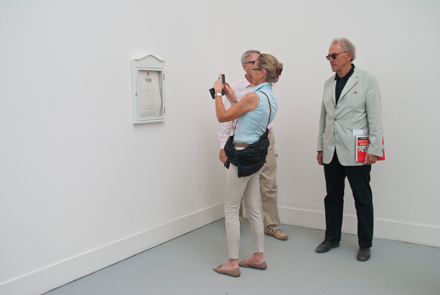 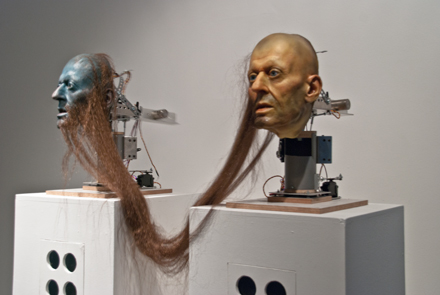 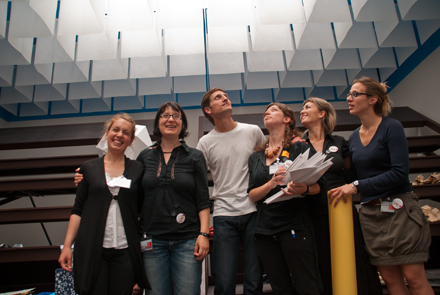 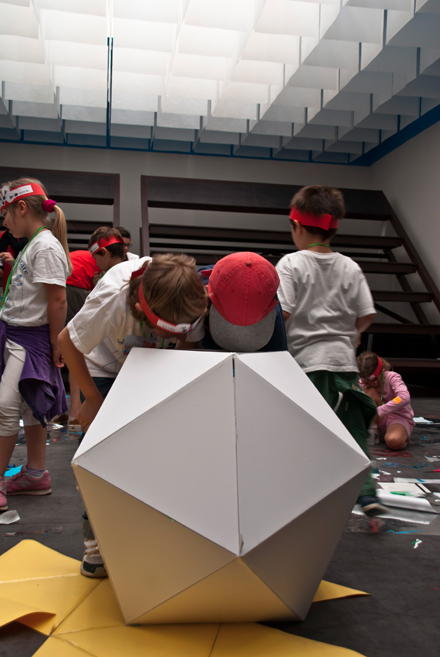 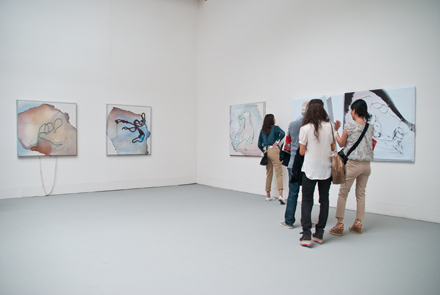 This entry was posted on Saturday, June 4th, 2011 at 4:12 pm and is filed under AO On Site, Go See. You can follow any responses to this entry through the RSS 2.0 feed. You can leave a response, or trackback from your own site.