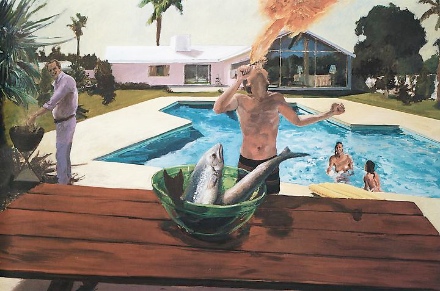 Skarstedt Gallery presents “Eric Fischl: Early Paintings”, on view through June 18th. Known for his postmodern style, this exhibition focuses on nine of Eric Fischl‘s early works that helped introduce his style. Dating from 1979 to 1989, the paintings depict everyday life in the suburbs—tan bodies by the poolside, family barbecues, and children and adults playing their expected roles.  Through these selected glimpses Fischl reveals more serious themes upon a closer look. 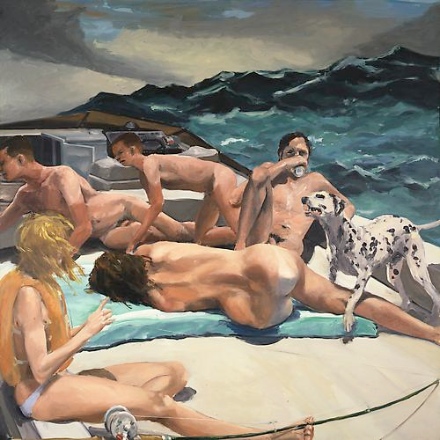 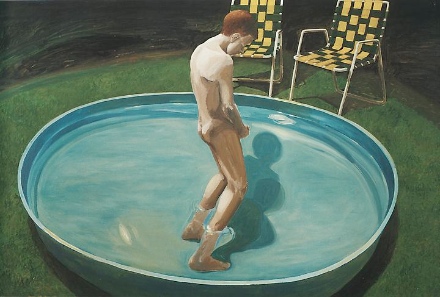 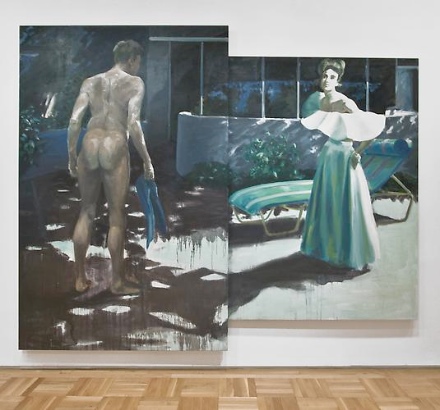 Painted in an Expressionist style, the nine paintings give off an idyllic feeling with their palette—the colors invoke memories of childhood and summertime. The paintings feel and act as if snap shots, capturing a moment. The figures in the paintings are in mid-action. We see them bending, stretching, looking. Fischl has captured the natural movement of the body by way of shadow and depth. 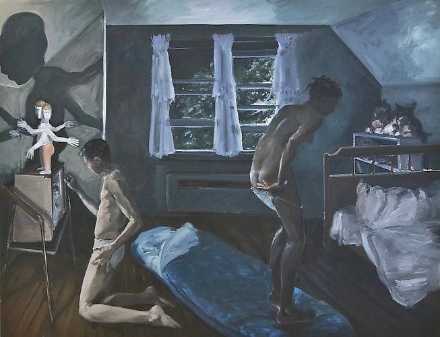 The scenes depicted by Fischl contain a sense of tension, created by the actions of and between the figures within. In “Slumber Party” a young boy and girl prepare for bed. Both are topless and the girl is in the process of removing her underwear. The boy has his back to her, involved in the television. The viewer could be looking at an innocent bedtime ritual, but the children’s nudity adds an edge that make the setting feel darker. 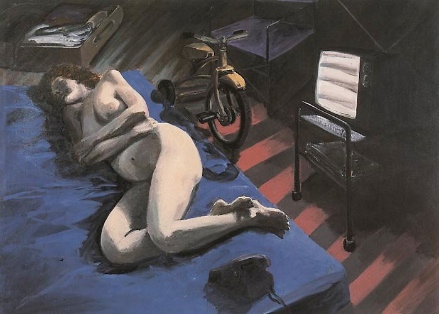 We see another nighttime scene in “The Visitor”; a woman lies naked on a mattress, lit by the light of a television. An open suitcase towards her head hints that she is just a guest and not a permanent fixture, but the telephone resting on the mattress make one think she is expecting a late night call, maybe the visitor that the title of the piece alludes to. 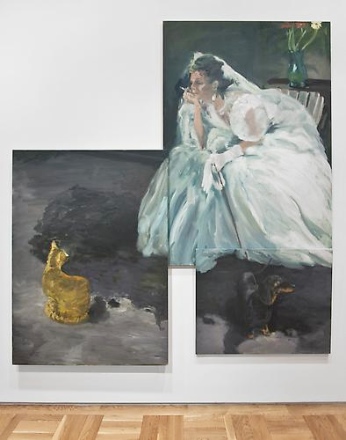 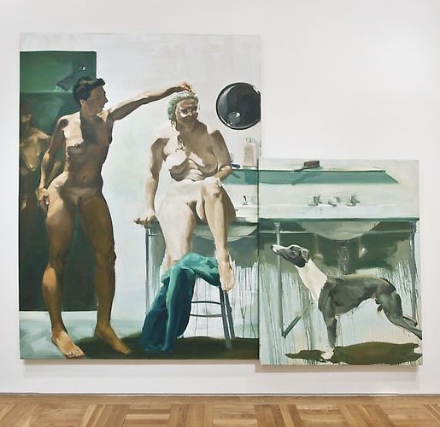 Fischl is known for his subject matter and style, two elements that he combines in order to create moments that represent a picturesque life, but contain hints of sexuality and inappropriate behavior that seem to go unnoticed. These early paintings show how Fischl began his craft and revisit well-known works for a fresh new perspective.

This entry was posted on Thursday, June 16th, 2011 at 6:00 am and is filed under Art News. You can follow any responses to this entry through the RSS 2.0 feed. You can leave a response, or trackback from your own site.