Currently at Union Gallery, Matthew Stone follows up his previous show FOREVER RULES (PART I), with RULES FOREVER (PART II).  While PART I was made up of a a single open-sided oak dodecahedron accompanied photographic collages printed on birch plywood, PART II presents four oak and multimedia sculptures depicting “body origami, multidimensional and relational clusters that define the structure within and without.” Stone has said of his own work that he seeks to “revolve specifically around creative interactions and community, based on the idea that individual autonomy can successfully be combined with the power of collectivity.”  Stone often lectures on his personal philosophy of “Optimism as a Cultural Rebellion,” in which he views optimism as a way to counteract the “nihilistic paralysis” he interprets as being a product of Post-Modernism.

In PART I of the series, Stone constructed by hand the frame of a dodecahedron, alluding to the traditionally heavenly and historically ubiquitous shape (proposed in 2003 by Jean-Pierre Luminet and colleagues as the shape which most resembles the global geometry of the universe). A dodecahedron is by definition any polyhedron with twelve flat faces, but in conversation and discussion it usually refers to the 5th Platonic solid, where the same number of faces meet at each vertex, so that all edges, vertices, and angles are congruent. Dodecahedra appear repeatedly in the work of M. C. Escher; and, in Salvador Dali’s painting “The Sacrament of the Last Supper” (1955), the room is a hollow dodecahedron. The shape is used to imply perfection, divinity, and bliss. Plato speaks monumentally about this form, suggesting that it was the shape “…the god used for arranging the constellations of the whole heaven,” referring to the twelvefold division of the Zodiac. Aristotle similarly proposed that the heavens were made of a fifth element. Alluding to and parodying Plato’s majestic interpretation of the form while expanding upon it to include a human body, Stone combined references to the tranquil, listless classical nude with unpredictable color and cut. While he incorporates a variety of media (including photographic collages printed onto birch plywood and wooden squares attached to fabric passing through the oak sculpture), the content of his work directly references classical themes, and, as always, his philosophy of Optimism as a rebellion.

In PART II, instead of the fragmented nude on pieces of canvas passing through the dodecahedron, Stone has clustered the structures with his photographic collages of intertwined bodies printed on wood. The images are digitally collaged and the figures assume the “classical”poses that Stone is known for incorporating into his work. Accompanying his sculptures this time are a new set of photographs, comprised of human bodies intersected by geometric forms. Stone’s RULES FOREVER (PART II) is said to represent the reverse of FOREVER RULES (PART I), “continuing his exploration of both classicism and future facing multidimensionality.”History cannot and should not be forgotten,” says Stone. “But also if we only think of the past there is a danger that we will forget to design the future.” 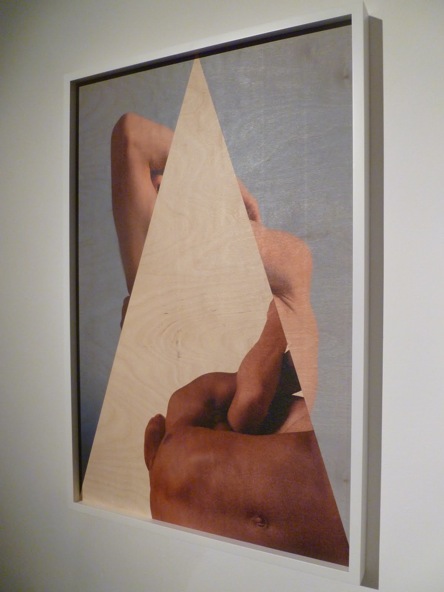 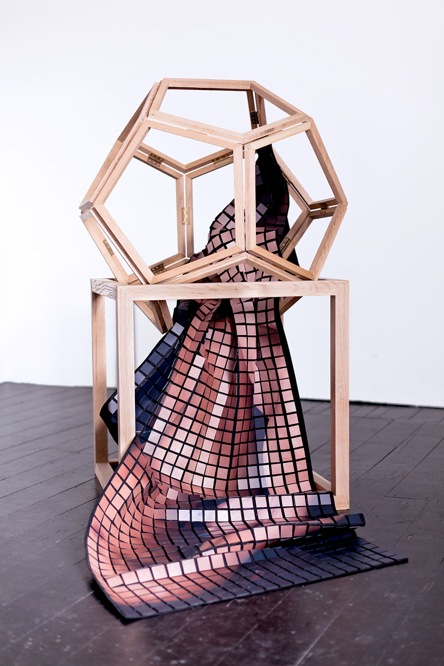 Matthew Stone has exhibited at Tate Britain, The Baltic, The ICA, and The Royal Academy, and was, in 2009, placed at the top of the “Power players under 30″ list compiled by the Sunday Times. RULES FOREVER will be on view through July 30th.

This entry was posted on Monday, July 11th, 2011 at 9:49 pm and is filed under Go See. You can follow any responses to this entry through the RSS 2.0 feed. You can leave a response, or trackback from your own site.