Home » Go See – Manchester: ‘The Life and Death of Marina Abramovic’ at the Manchester International Festival until July 16th

Go See – Manchester: ‘The Life and Death of Marina Abramovic’ at the Manchester International Festival until July 16th 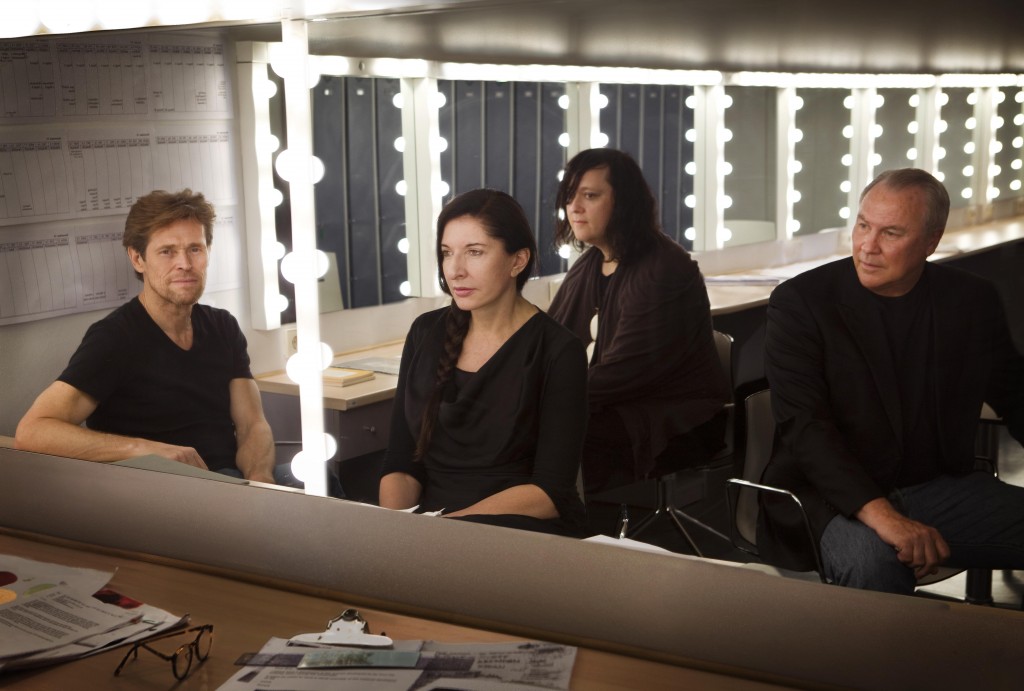 Life and Death of Marina Abramovic, a piece that blends performance art, music, and theater is on view at the Manchester International Festival (Mif) until July 16th 2011. Resulting from the collaboration between  theater director Robert Wilson, Serbian performance artist Marina Abramovic, actor Willem Dafoe, musician Antony Hegarty, and his group Antony & The Johnsons, the piece is inspired by both biographical data of Marina Abramovic, including her simulated death, and the cultural heritage of her home country. The content of Life and Death is accessible exclusively to the audience who purchase the tickets at the Lowry Theatre in Manchester.

More text and images after the jump…Life and Death appears to be homage to Abramovic’s persona and her role in re-defining the concept of contemporary art. In her almost forty-year long career, she contributed to establishing performance art as a genre within the contemporary art discourse. Earlier in her work, Abramovic blatantly criticized theater production, but with the idea for Life and Death she seems to challenge her own concept of performance art. This article will be questioning the reasons for including theatrical elements into performance art and pointing out possible commercial implications of that blend. 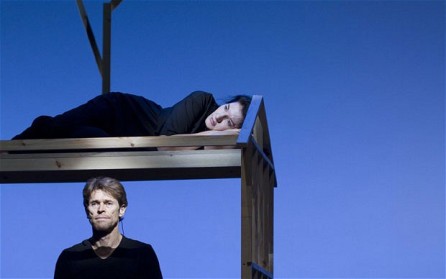 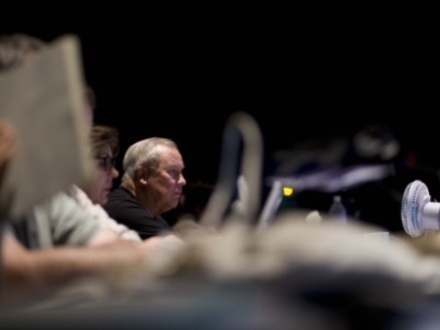 Performance art emerged in the 1960’s, referring to the idea of direct communication between the artist and the public. Authors such as Jeanie Forte point out that it also “promised a radical departure from commercialism, assimilation, and triviality.” The commercial aspect of Life and Death may be mirrored through the character of the institution that commissioned the piece. Established in 2007, the Manchester International Festival “is the world’s first festival of original, new work and special events… and…features a wide range of work all specially created for the Festival, including music, visual arts, theatre, dance, food and family events, some indoor and some outdoor, all presented by internationally acclaimed artists and co-producers.”  Although the purpose of the Festival is promoting the most recent work of contemporary artists, its commercial aspect was thoughtfully pointed out in a New York Times review. The review emphasizes that the Festival brought “an estimated £35.9 million, or $57.8 million” to the city as the part of a larger project for its revitalization. It appears that, the multimedia concept of Life and Death does not question the commercial aspect of the Festival but instead it corresponds with it. 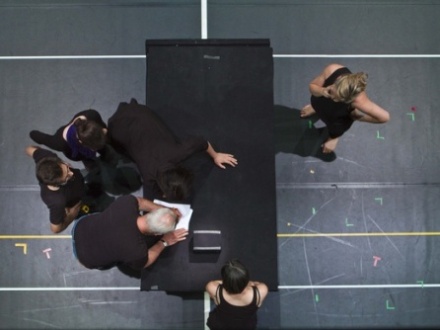 Abramovic started her career as an underground performance artist in the 1970’s in the capital of the Socialist Federal Republic of Yugoslavia (SFRY). She left the SFRY in 1976 spending most of her life in Amsterdam and New York. Abramovic’s world-renowned work reflects a phenomenological approach to the human body and mind, exploring the ideas of corporeal fragility and vulnerability as well as mental resilience and strength.  She emphasized the antagonism between performance art and the theater when interviewed at the Mif, stating that the theater forges the relationship between the actor and the audience describing it as “something really bad,” a “black box” “where the blood is not the blood and the knife is not the knife.”  Performance art for Abramovic begins “when a performer steps in his own mental and physical construction in front of the audience in a particular time.” Mixing these two concepts in Life and Death is equally puzzling as it seems experimental. 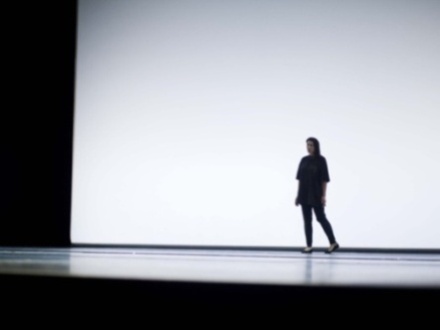 Already known as the artist who pushed the boundaries of contemporary art, Abramovic seems to further the re-defining of performance art with the Manchester show. After the Manchester Festival, Life and Death will be shown in Madrid in April 2012.  Without existing scholarly analysis of Life and Death and the possibility to enjoy the piece via Internet, the public in Manchester and Madrid will determine whether the authors achieved the balance between different genres. However, the place of Life and Death within the larger context of performance art is yet to be determined.

This entry was posted on Wednesday, July 13th, 2011 at 1:13 am and is filed under Go See. You can follow any responses to this entry through the RSS 2.0 feed. You can leave a response, or trackback from your own site.