AO On Site – London: Adrian Ghenie at Haunch of Venison through October 8, 2011 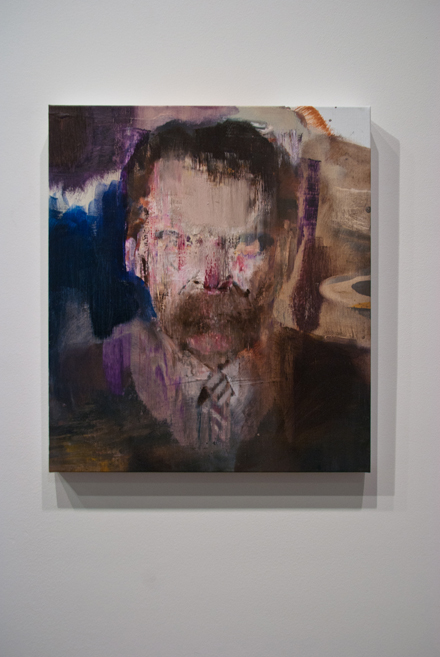 All photos by Caroline Claisse for Art Observed.

In the newly renovated eighteenth-century London townhouse, which was its original home, Haunch of Venison opens a solo exhibition of Romanian painter Adrian Ghenie. According to Coline Mailliard of Artinfo, the gallery’s move from a museum-like venue near the Royal Academy to the refurbished space in Mayfair signals an attempt at a rebirth. Mailliard writes, “the move seems like a perfect opportunity for the gallery to reinvent itself — and also to prove to the art world, which has snubbed it since the sale to the auction house [Christie’s], that the artistic program is, more than ever, the top priority.” 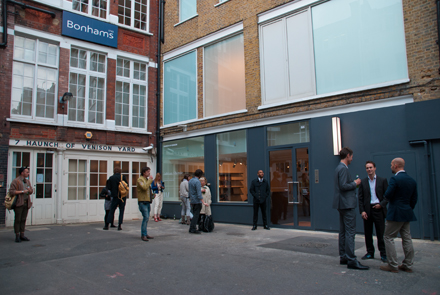 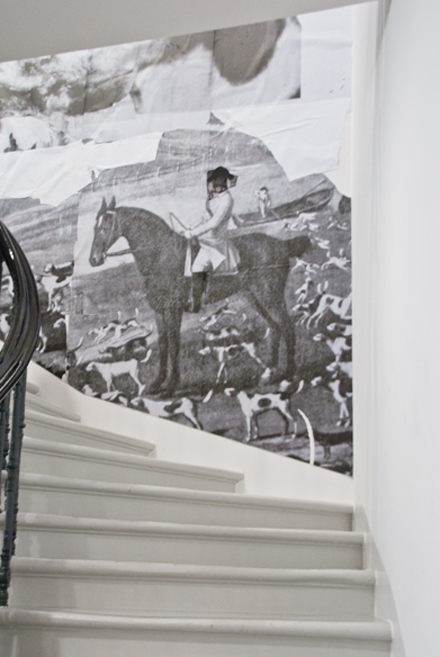 Ghenie’s work centers on the exploration of European history through the lens of memory and trauma. The subject of the new body of work is at once historical and contemporary—an exploration of the notions and implications of eugenics and selective breeding. Emerging from the artist’s interest in the Nazi appropriation of Darwin’s theory of the “survival of the fittest,” the paintings are a meditation on the root of good and evil. In the artist’s statement, Ghenie writes, “I am interested in the presence of evil, or more precisely how the possibility for evil is found in every endeavor, even in those scientific projects which set out to benefit mankind.” 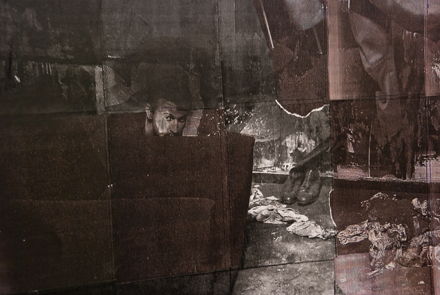 These topics play themselves out in paintings, stencil portraits, and large-scale collage installations made directly on Haunch’s new-but-old walls. Among these are portraits of Charles Darwin, Stalinist Romanian politician Nicolae Ceasesçu, and Josef Mengele, the SS physician notoriously nicknamed the Angel of Death. In The Trial (2010), Ghenie imagines Ceasesçu’s day in court before his execution. Fusing historical subjects with fictional scenarios, Ghenie’s work takes on the aura of the uncanny. With heroes like filmmakers David Lynch, Alfred Hitchcock, and Emir Kusturica, this comes as no surprise. In Ghenie’s characteristically foggy style, these portraits go further than merely haunting—the monsters in this case are real. 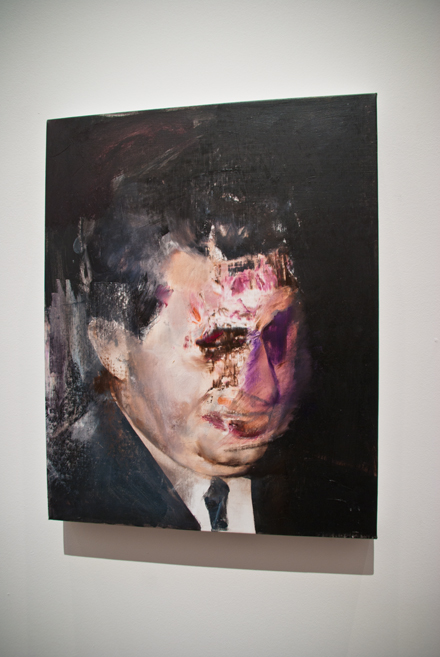 Adrian Ghenie was born in 1977 in Baia Mare, Romania; he lives and works in Cluj and London. He graduated in 2001 from the University of Art and Design in Cluj, Romania. Recent solo exhibitions include Nolan Judin in Berlin (2008 and 2010), Tim van Laere in Antwerp (2008, 2009, and 2011), Plan B in Cluj and Berlin (2006 and 2008 respectively), and Haunch of Venison in Zurich (2007). Recent group exhibitions include the 2008 Liverpool Biennial, Expanded Painting at the 2007 Prague Biennial, and Cluj Connection at Haunch of Venison in Zurich (2006). Ghenie has forthcoming solo exhibitions at the National Museum of Contemporary Art (MNAC) in Bucharest and SMAK in Ghent.

The gallery is located at 6 Haunch of Venison Yard and the exhibition is on view through October 8, 2011. 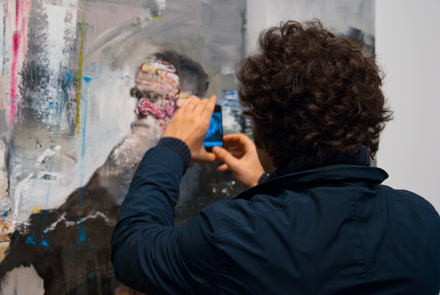 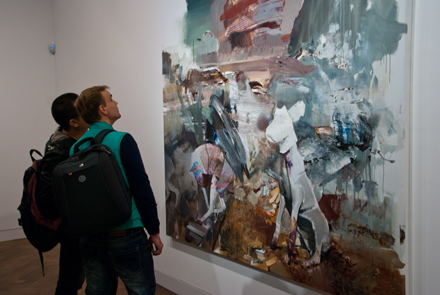 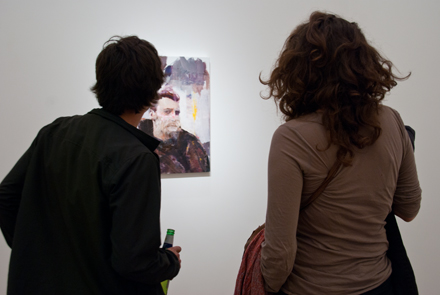 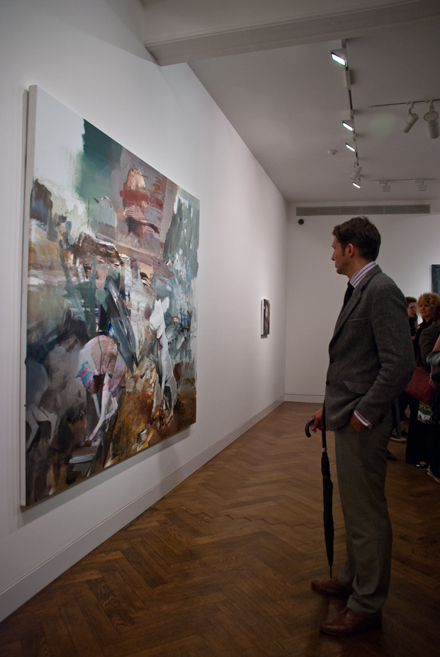 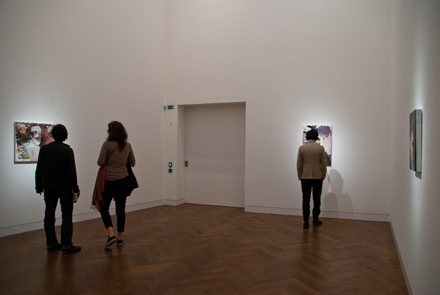 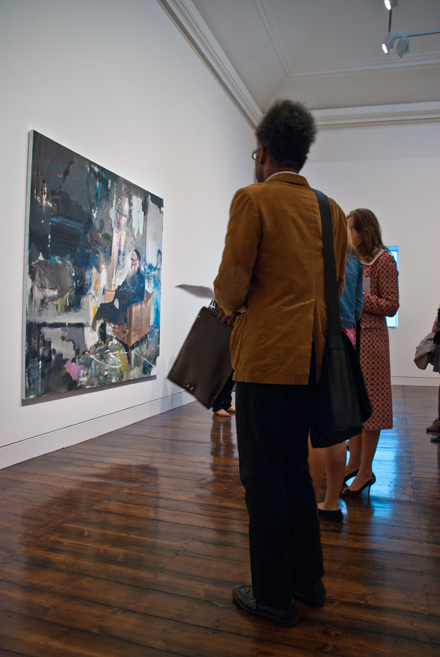 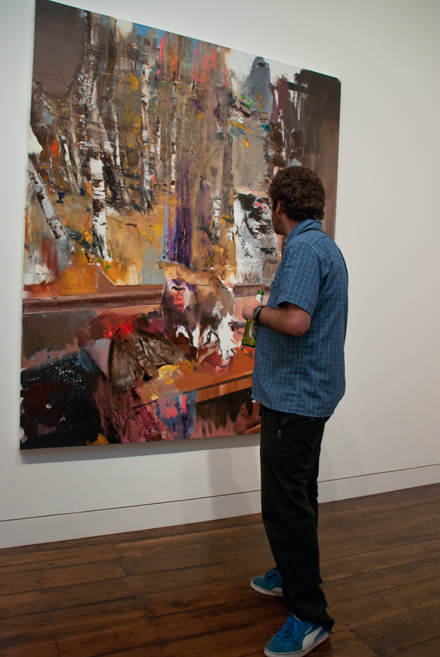 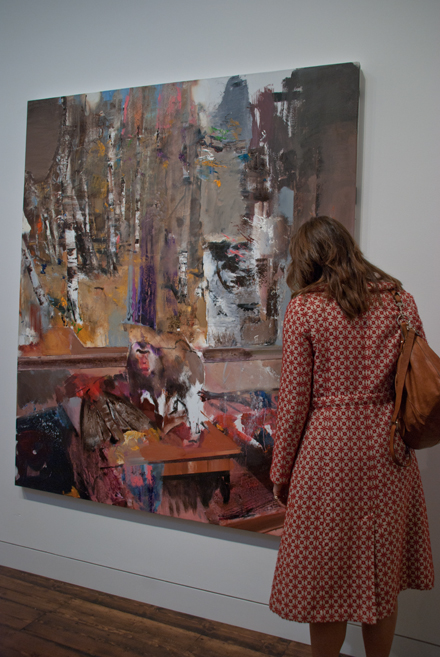 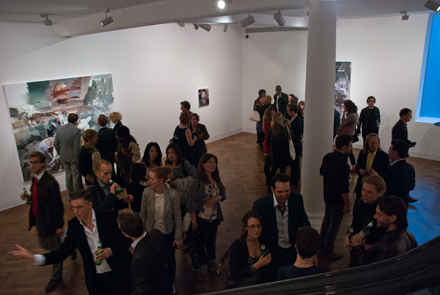 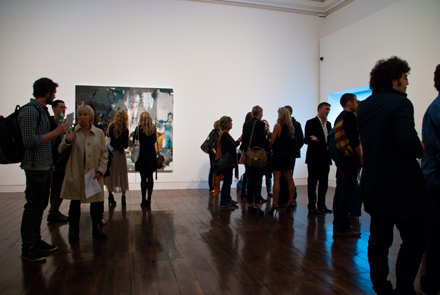 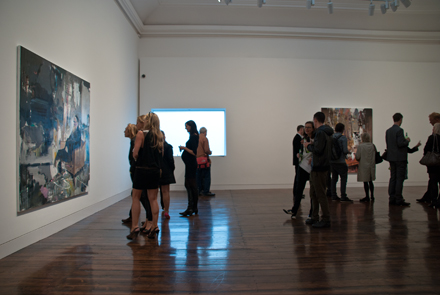 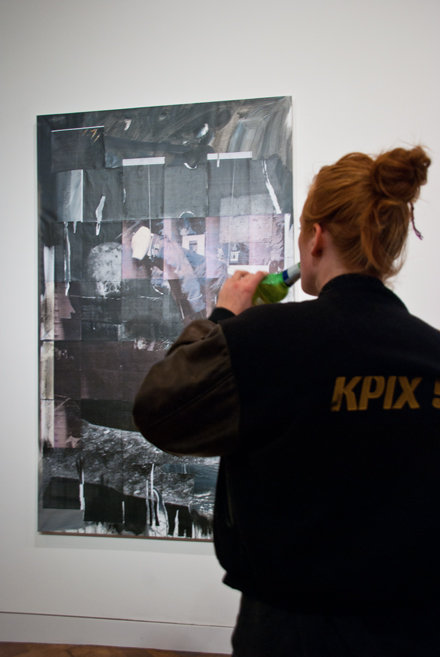 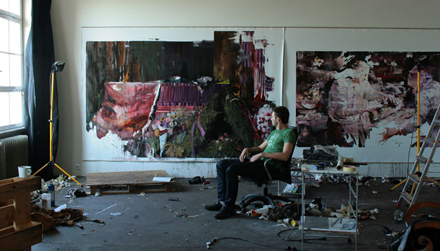 This entry was posted on Thursday, September 22nd, 2011 at 12:01 am and is filed under AO On Site, Go See. You can follow any responses to this entry through the RSS 2.0 feed. You can leave a response, or trackback from your own site.