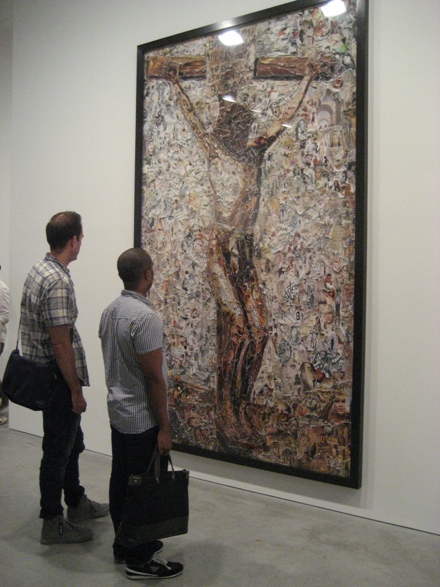 Through recycling, reproduction, and repetition, Brazilian-born and New York-based artist Vik Muniz explores contemporary consumerist culture’s interpretations of, and influences by, traditional art subject matter in his show on now at Sikkema Jenkins & Co. in New York. Large scale, color photographs from the Pictures of Magazines 2 series are displayed alongside sculptures of the Relicario series. 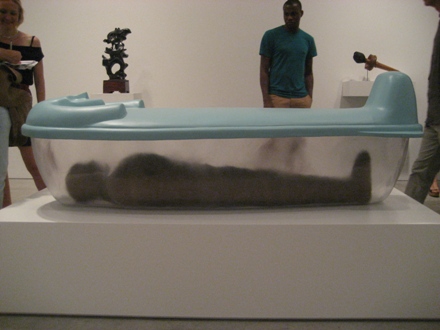 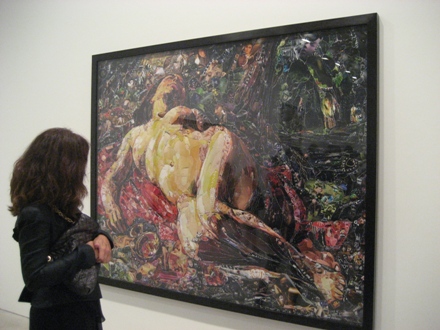 In the Pictures of Magazines 2 series, Muniz replicates some of the most influential paintings in the history of visual art—by artists such as Edgar Degas, Caspar David Friederich, and Goustave Courbet—using paper torn from magazines. Photographing the replicas, then printing them on large-scale photo paper, the artist seems to be restating his belief that the power of the original has been lost in today’s world. 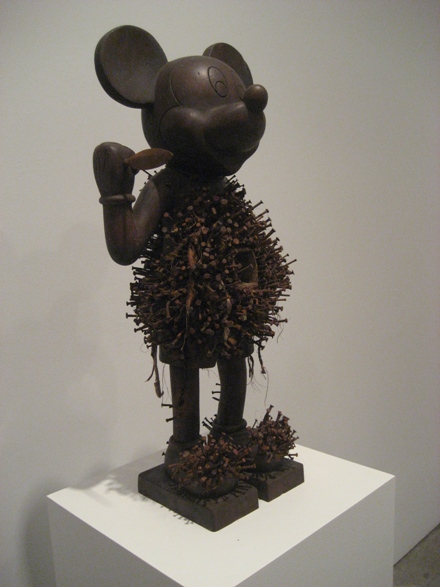 In the Relicario series, Muniz reinterprets iconic historical pieces of the non-European world, again by using both contemporary imagery and materials. Subjects range from an Egyptian sarcophagus to Sub-Saharan nail fetish figures. In his 1998 essay The Impossible Object, Muniz explains that, “in the universe of mass produced things the need for an idealized representation triggered a process in which the things themselves became less important than their images.” 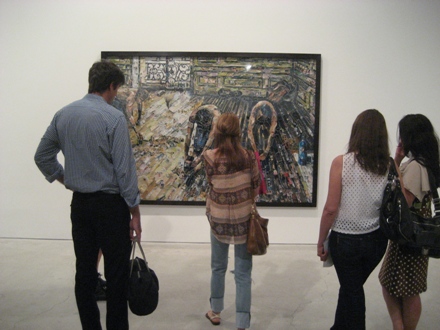 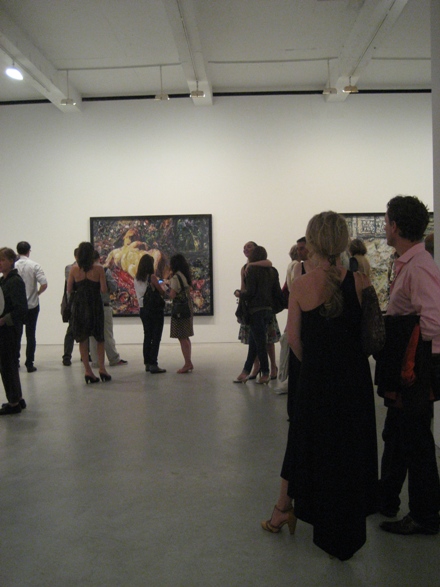 This entry was posted on Friday, September 23rd, 2011 at 12:00 pm and is filed under AO On Site, Art News, Go See. You can follow any responses to this entry through the RSS 2.0 feed. You can leave a response, or trackback from your own site.