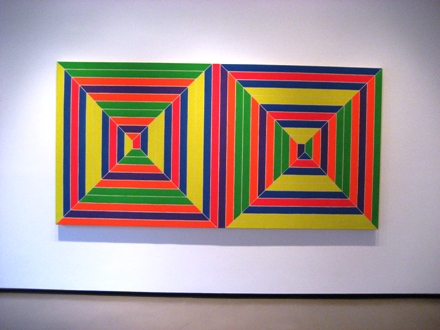 Paul Kasmin gallery hosts Geometric Variations, an exhibition assembling Frank Stella’s square-shaped canvases from the 1960s and ’70s, including Concentric Square, Mitered Mazes and the Benjamin Moore series. According to the press release, the exhibition explores the “historical importance” of Stella’s canvases. Contextualizing them within Western art history discourse, H.H. Arnason pointed out that Stella’s art represents a median between the “modernism advocated by Greenberg, and Minimalism.” 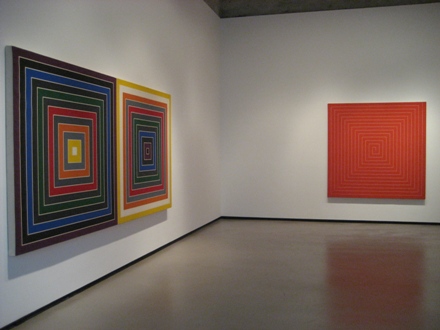 Non-figurative painting, according to Greenberg, has emphasized the material qualities of the medium as it progressively abandoned any formal resemblance with the real world. Greenberg’s formalism favored two-dimensionality of the canvas instead of illusionistic volume. Although Geometric Variations do not stand in opposition to this viewpoint, the exhibited canvases challenged the flatness of pictorial space through use of color. 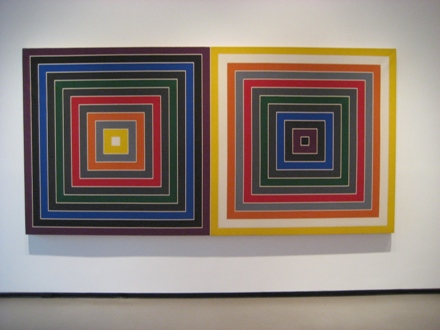 In Grey Scramble X (Double), Stella divided the surface in a series on concentric squares. He then painted the fields between the dividing lines in different colors. Though he used ‘minimal’ means of geometric line and color, the arrangement of colored fields on the canvas create the illusion of depth. Stella explained “Concentric Squares created a pretty high, pretty tough pictorial standard. Their simple, rather humbling effect—almost a numbing power—became a sort of ‘control’ against which my increasing tendency in the seventies to be extravagant could be measured.” 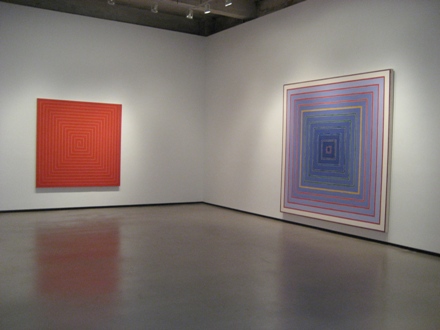 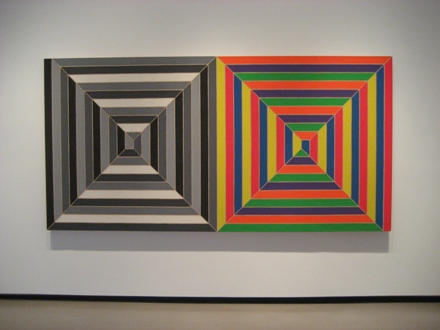 It’s one of those moments to be flexible

Chicago Sun-Times July 2, 2000 | James J. Kilpatrick The Court of Peeves, Crotchets and Irks resumes its summer assizes with separate petitions from Estelle Phillips of Eugene, Ore., and Elizabeth Lipsey of Gurley, Ala. They ask for a declaratory judgment on “one of,” as in, “Molly is one of those people who argue (argues) about everything.” Does the construction require a singular or a plural verb? Is it one who argues or people who argue? You would be surprised at the raw passion the question evokes. Editors and grammarians (they are not necessarily of the same breed) quarrel about it something awful. website best restaurants in chicago

The venerable Fowler (1926) was characteristically brusque. He gave his blessing to this sentence: “He is one of the best men that HAVE ever lived.” He said that a moment’s thought would demonstrate that the plural “men” demands the plural verb “have.” In his Dictionary of Modern American Usage (1998), Bryan A. Garner is equally positive: “This construction requires a plural verb, not a singular one.” Other authorities are not so certain. R.W. Burchfield, who aspires to Fowler’s throne, is ambivalent. A plural verb, he says, is “recommended” but it is not always required. Roy H. Copperud, a great editor and teacher, noted that 58 percent of an American Heritage panel voted for the plural verb. In a poll for Harper’s Dictionary of Contemporary Usage, 66 percent of a panel voted for the plural, 13 percent for the singular; 20 percent opted for “interchangeable.” In 1951 a scholar reported that over a period of 400 years, a count of relevant citations showed five plural verbs to one singular verb. In the schools of journalism, this is the kind of fluff that gets a Ph.D. promoted to full professor.

In the face of these opinions, the Court of Peeves, Crotchets and Irks retreats to the safe haven of “notional agreement.” This is the doctrine that relies more upon meaning than upon grammatical form. Thus, the court will smile upon “he is one of the few people alive who still uses (singular) the Postal Service for personal letters.” And, “Graham’s autobiography is one of the few books about newspaper figures that justifies (singular) a Pulitzer prize.” But, “He is one of those chronic invalids who prattle (plural) endlessly about their operations.” Before moving on to the next case, the court will observe that “one of the few” works in these constructions, but the idiomatic “one of the only” is manifest nonsense. The court perversely will deny a motion to ban “one of the best.” Nothing is wrong with identifying Kinkead’s as “one of the best restaurants” in Chicago. The “best” may embrace categories, but “only” stands alone. here best restaurants in chicago

David M. Grogan of Charlotte, N.C., petitions the court for a formal warning against the excesses of political correctness. Consider it delivered. He was moved to action by a story in The Charlotte Observer recalling one of the most famous trips in railway history. This was the fatal ride taken by engineer John Luther “Casey” Jones of the Illinois Central RR.

On a foggy night in April 1900, Jones piloted the passenger Cannonball south toward Mississippi. Across from him in the cabin was a veteran fireman, Sim Webb. Sad to say, Casey’s hand was a bit too firm upon the throttle. Webb had cut back the steam at a curve, but the train still plowed into the caboose of a freight train that had stalled on the main line. Webb leaped clear, but Casey died in the crash. The resulting ballad about the famed engineer and his “old greasy fireman” was a music hall favorite for years.

The Observer’s travel writer retold the story. It was not an improvement: “Jones was making up lost time when his firefighter warned him of an approaching train. After telling the firefighter to jump, Casey died in the collision.” Firefighter? Firefighter! The court likes “firefighters” in a firehouse, but the skilled professional who “shoveled on a little more coal” was a fireman. Harumph!

This entry was posted on Friday, October 28th, 2011 at 12:46 am and is filed under AO On Site, Art News, Go See. You can follow any responses to this entry through the RSS 2.0 feed. You can leave a response, or trackback from your own site.