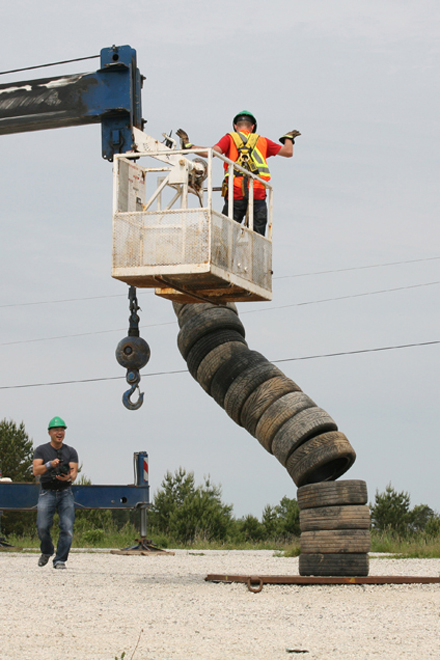 The second showing of The Seduction of Galileo Galilei, a video documenting Aleksandra Mir’s experiment with gravity and car tires stacked unnervingly high, is coupled with The Dream and The Promise, another previous series that combines religious iconography with elemental, scientific scenes. In her interview with AO, she explains how her inspiration largely lies between the crossover of the two—science and faith—so much so that each loses opposition, and within time are indistinguishable from one another. 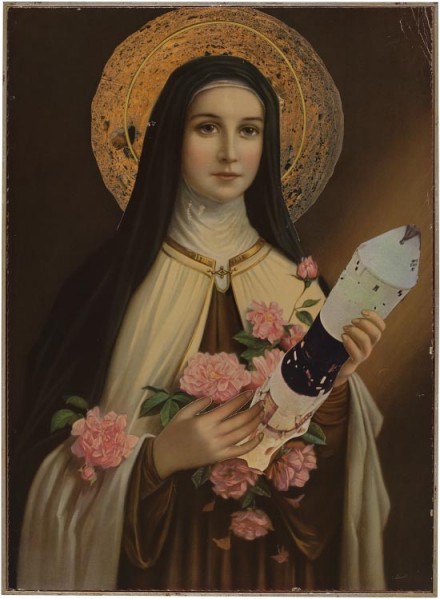 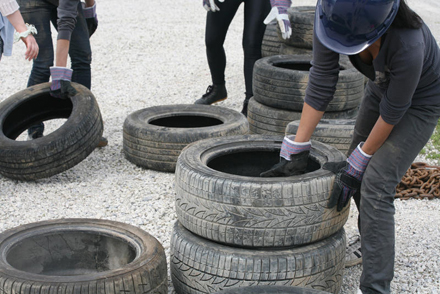 Art Observed: So how many tires did it take to seduce Galileo?

AO: The project originally took place at a race track in Ontario. Is there a certain significance to that location? Would it still hold the same meaning if it were held elsewhere?

Mir: Mercer Union in Toronto, who commissioned the piece, spent a year location-scouting on my behalf, eventually finding this very potent site, Goodwood Kartways in Stouffville, Ontario. The location adds a great deal to the work, visually, metaphorically, and socially, but it was just one of many options. When you work in a non-profit situation you have to allow for a great deal of chance and count on the grace of others.  It never ceases to amaze me how that always ends up being better than anything I could have preconceived or asked for myself.

AO: You’re a London artist, born in Poland, with citizenship in Sweden and the U.S.—you’re quite the woman of the world. How has your cross cultural experience shaped your work?

Mir: I still have a few more places to go to before I can claim the whole world.

AO: Your series, The Dream and the Promise, originally exhibited at Galeria Joan Prats in Barcelona, will also accompany the video. These collages depict iconic religious figures with vignettes of scientific influence. The press release conjectures, “When we look at science and religion, are we looking at the same technology at different levels of evolution?” This is especially poignant when thinking about the two schools of thought. Science and religion have typically been pinned against one another, rarely ever seeing eye to eye. If Galileo is considered to be a prominent figure of modern science, who is juxtaposed next to iconography of western religion, do you feel that there’s some likelihood in the two reconciling or even evolving into a new, hybrid mode of thought?

Mir: Galileo said “In my scientific discoveries I have learned more thanks to divine grace than through telescopes” (Galileo Galilei, Lettere). Personally, I found an easy way to illustrate the convergence between science and faith by simply juxtaposing images available to me in two very different locations that I have a lot of vested interest in—the Kennedy Space Center of Florida, and Sicily, where I lived for 5 years. I found that the iconography of NASA and that of the Catholic Church has a lot in common. The sky is the same, the Astronaut’s helmets resemble the halo’s of Saints, the expression of awe that are displayed at a rocket launch comes very close to that of believers engaged in religious ritual, and so on. 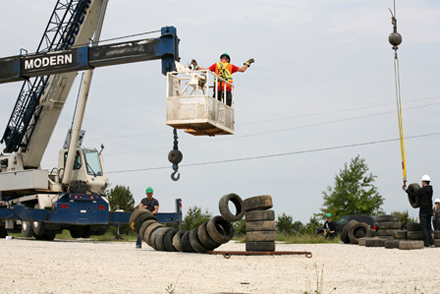 AO: After watching the video, and seeing the children looking on in wonder (your audience for the duration of the project) I can’t help think of you as a modern day situationist. Does situationism hold any significance for you?

Mir: I learned about it in art school, but I don’t consciously model my work on French theory—any art theory for that matter—and I truly can say I don’t have the patience to read. The reason there are a lot of people in my projects is that I need a lot of help, and I allow full transparency to my process and so whoever happens to be present—the “audience,” if you will—naturally ends up in the documentation of it.

AO: Some of your past works remind me of Shelley Jackson’s hypertext literature or the earlier nonlinear fictions, where the development of a story greatly depends on the interaction with its readers. She’s a personal favorite of mine—who are some of yours?

Mir: I like such a great range of artists, anyone from Richard Serra to Ray Johnson has influenced my work.  But the present dialogue among my peers, my own generation is probably what most determines what I do. My friends are my favorites. 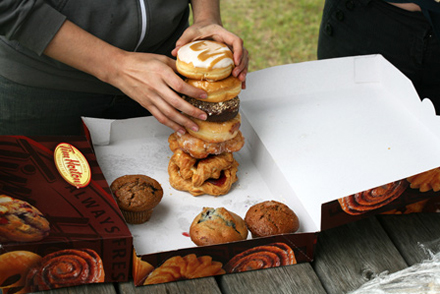 AO: I love your How Not To books. With each edition, including How Not to Parenting, anyone can submit advice for a given field. How has the Internet and other forms of social technology helped with the assembly of your projects?

Mir: I use it every day, for research, communication, and archive… so yes, it plays a big role.

AO: With this level of social collaboration, it is undeniable that your artwork creates provoking commentary about the politics of the human condition, wouldn’t you say? What has it revealed about yourself?

Mir: My place in all of it, perhaps. 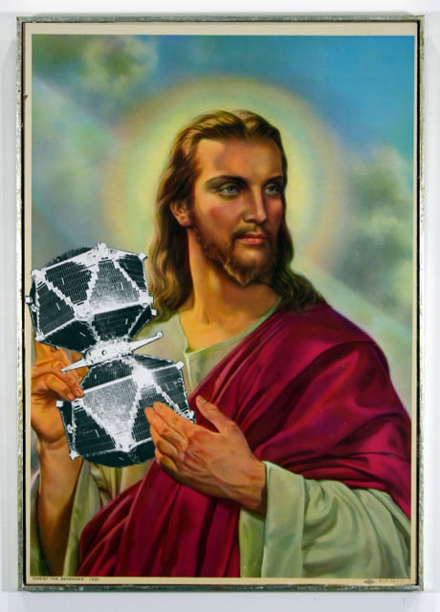 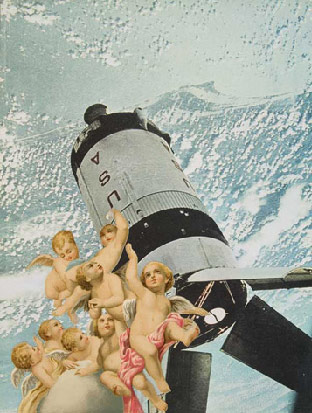 This entry was posted on Tuesday, November 1st, 2011 at 12:01 am and is filed under Events, Galleries, Go See. You can follow any responses to this entry through the RSS 2.0 feed. You can leave a response, or trackback from your own site.

One Response to “AO Interview – New York: Aleksandra Mir at the Whitney Museum, through February 19, 2012”