Will Ryman’s Roses being installed on Miami Beach. Image via The Art Newspaper.

Art Observed is on site for this year’s 10th edition of Art Basel Miami Beach which officially runs December 1–4, with previews and parties throughout the entire week beginning on Tuesday, November 29th. More than 260 galleries from around the world will be representing over 2,000 artists, not including the several satellite shows taking place simultaneously across Miami, including NADA, SCOPE, Pulse, and the original Art Miami—twelve years Basel’s senior. Attracting 46,000 visitors in 2010, the fair is expanding every year, with various collaborations and special additions celebrating its 10th. The Swiss-based Basel art fair installment in Miami has evolved into something that may have lost some of its innocence from its earlier days but in the end has become the definitive closing party for the art market’s year. There have been many previews and summaries of the fair, the following is our view of the week to come. 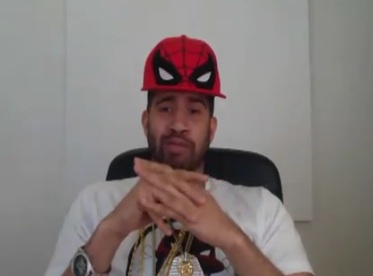 Hennessy Youngman, still from ART THOUGHTZ: Relational Aesthetics. Via Youtube.
Youngman will be speaking at NADA Deauville Beach Resort on Thursday at 5 pm. 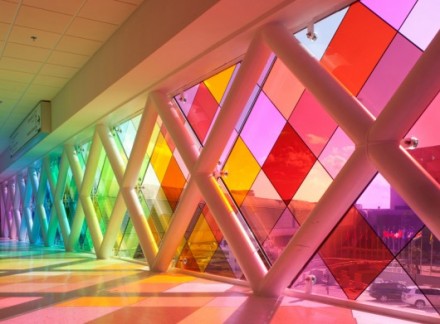 The art-infused week begins right in the airport, where visitors pass through Christopher Janney’s 72-foot colored-glass window, complete with underwater scuba sounds. An hour bus ride from Miami International awaits The Miami Beach Convention Center, home to the main fair. Wednesday evening begins the week properly with an invite-only vernissage, opening to the public Thursday through Sunday from noon to 8pm, closing at 6pm Sunday evening. 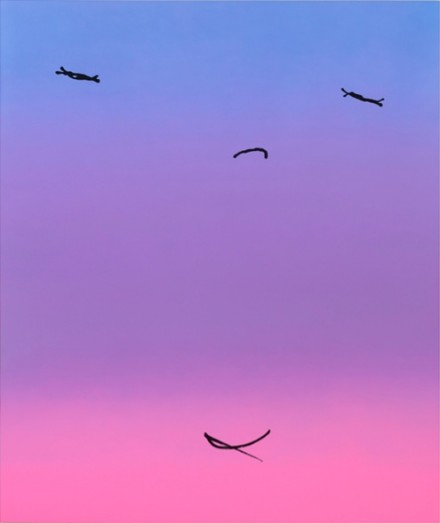 The prospects for sales at this year’s fair remain difficult to predict. The recently acute destabilization of the Eurozone sovereign debt markets and its associated economic contagion cast a pallor on the New York auctions of late, while in contrast, some records were established at the rostrum and the mitigating presence of new groups of collectors from overseas such as those from China was certainly a factor. Additionally, many Latin American economies such as Brazil are surging and this fair has always been the gateway to buyers from South and Central America. 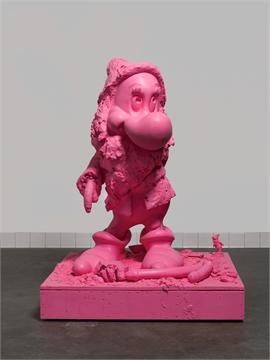 While the well-known galleries such as Mary Boone, Gavin Brown’s Enterprise, Gagosian, Marian Goodman, Hauser & Wirth, Galerie Perrotin, White Cube, and David Zwirner maintain their presence, the Latin American gallery count has grown to 26 this year, and Miami-based galleries are also staking their claim. OHWOW, originally conceived as the acronym for Our House West of Wynwood (a main drag in Miami), will reprise “It Ain’t Fair” —an exhibition separate but coinciding with Basel—with this year’s thematic focus of ‘materialism.’ 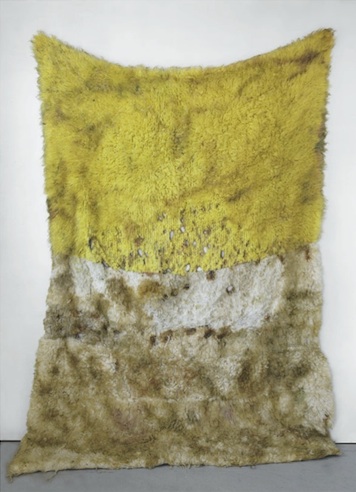 Anna Betbeze, Mimosa (2011). Image via OHWOW; showing at ‘That Ain’t Fair.’ Betbeze will also be showing at Kate Werble at NADA. 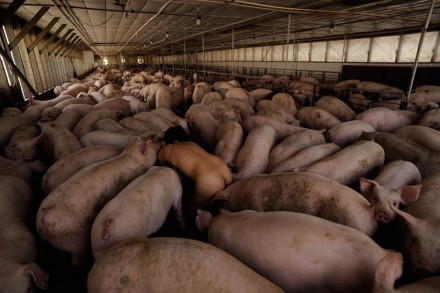 Miru Kim, The Pig That Therefore I Am. Image via DesignBoom.
Kim will be at Primary Projects, 4141 NE Second Avenue Suite 104, Miami Design District.

In one of the more hyped works of the fair, Miru Kim plans to spend the week living with pigs in her piece The Pig That Therefore I Am. While also showing at Lehmann Maupin, Erwin Wurm‘s Drinking Sculptures will invite visitors to sit down for a drink at the nearby Bass Museum of Art as part of his solo exhibition Beauty Business. 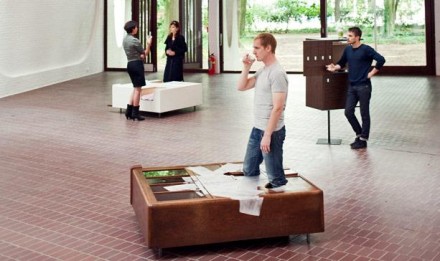 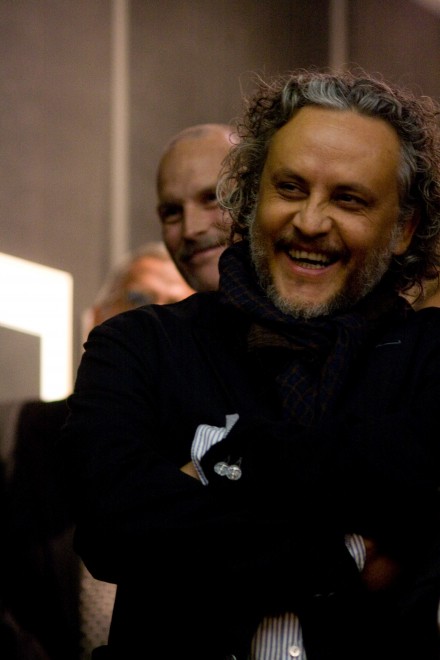 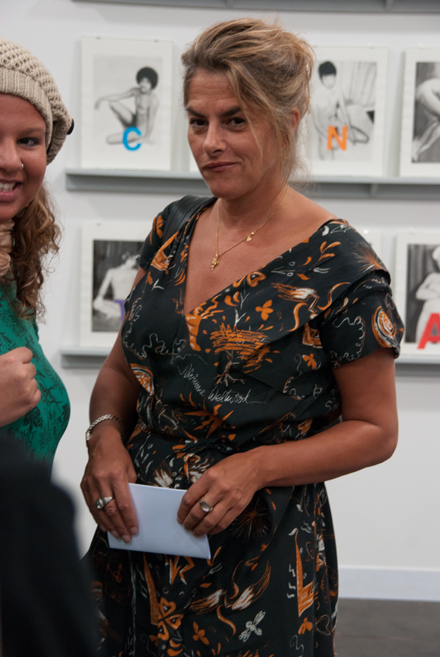 Aside from the overwhelming rows of booths and/or installations, throughout the week various ‘Art Basel Conversations’ include artists such as Gabriel Orozco and Tracey Emin as well as numerous art world luminaries, directors, and curators. Marina Abramović’s new documentary about her MoMA retrospective The Artist Is Present will be premier Wednesday night at the Soho Beach House. 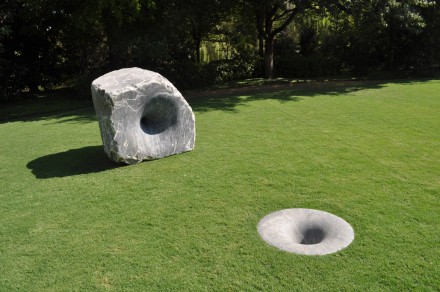 Nearby Collins Park will display 24 outdoor sculptures, a collaborative effort by Art Basel and the Bass Museum of Art, featuring works by Damien Hirst, Anish Kapoor among others.  Of note, Los Angeles artist Glenn Kaino plans to raise a 20 x 20 foot sculptural platform for the length of the fair via volunteer effort; the appropriately titled performance piece Levitating the Fair is one of many performances to take place in the park. 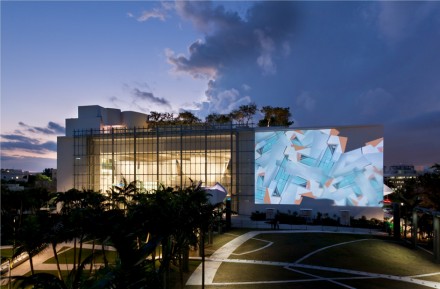 Projected onto the 7,000 sq ft ‘screen’ of Frank Gehry’s New World Center, films by Ryan McGinley, Marilyn Minter, and others, will play nightly, as curated by London Artprojx director David Gryn. Adjacent to the building sits SoundScape park where viewers can pull up a blanket for the ‘Art Video Nights.’ 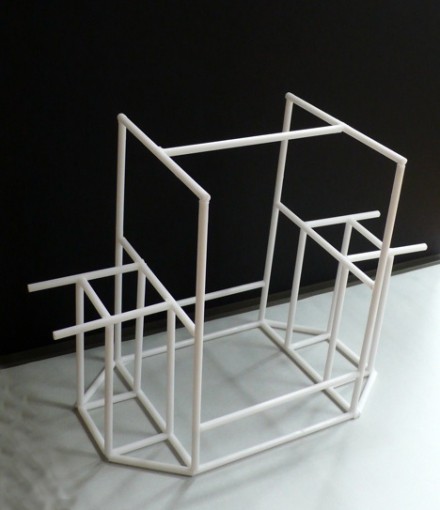 Outside the main fair are the many satellites, with a free shuttlebus to NADA, located further north up Miami Beach, with most other satellites in downtown Miami or the Design District. Hennessy Youngman presents ‘His History of Art,’ a semi-farcical take on the history of art and its relevance to human life, beginning with the cavemen. 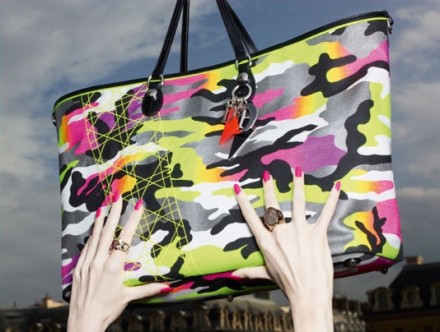 Anselm Reyle collaborates with Dior for a pop up shop. Image via Dior.

Important hotels for the evening cocktail scene include Delano, Mondrian, The Raleigh, Soho Beach House, Shelborne, The Standard, and W, with their corresponding parties and events listed below.

Le Baron at Delano: 11 pm – 6 am, Tuesday through Sunday, 1685 Collins Ave. Graffiti artist André Saraiva’s notorious and international pop-up club returns to the Florida room in the Delano, though originally held in the basement of the Shelborne. Mr. Saraiva’s clubs include current outposts in Paris, Tokyo, recently LA and London, with a soon-to-open spot in China Town, New York City (Saraiva is currently throws parties at Le Bain atop The Standard in New York). Invite only.

Jeffrey Deitch and the MOCA at the Raleigh Hotel: 9 pm – late, 1775 Collins Avenue. A beach party thrown in the famous Art Deco pool replete with DJs. Invite only. 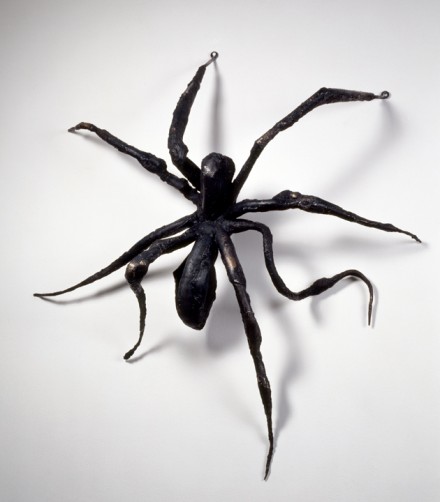 Canyon Ranch Miami Beach breakfast: 6801 Collins Avenue. Collectors from galleries Eleven Rivington, On Stellar Rays and Renwick Gallery will be there. Invite only.

Art Conversations Premiere Gabriel Orozco and Michelle Kuo: 10:00 – 11:30 am, The Main Fair. A forum discussion focused on the collecting of art.

Neckface Premier at Gusman Center for the Performing Arts with performance by the band Salem: 10:30 pm, 174 E. Flagler St. The premiere of “Born Under A Bad Sign” will be shown. 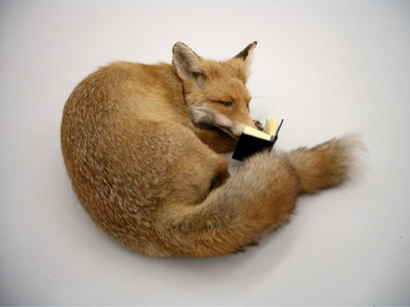 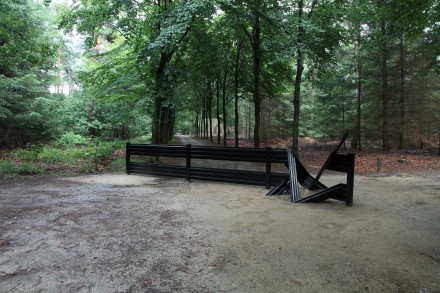 Banks Violette, Not yet titled (2011). Image via Art Basel, showing in Collins Park.

MAM Ball after party: 11 pm – 2 am, 4441 Collins Avenue. Following the ball, iPad DJs AndrewAndrew will bring the dance party outside. 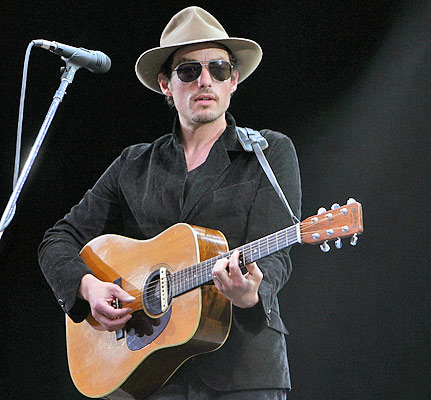 Salem, playing at Delano on Wednesday and for the Neckface movie premier Thursday night.

YACHT, playing Thursday night at the Electric Pickle. Image via The Block Magic.

Moby at Bardot, 9 pm
Yelle at Fillmore, 9 pm
Music Loves Art with TV on the Radio, Invite Only

This entry was posted on Monday, November 28th, 2011 at 10:06 pm and is filed under Art News. You can follow any responses to this entry through the RSS 2.0 feed. You can leave a response, or trackback from your own site.