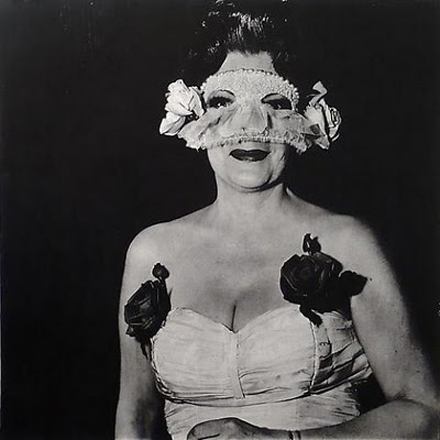 Diane Arbus, Lady at a Masked Ball with Two Roses on Her Dress, NYC (1967). Images via Jeu de Paume unless otherwise noted.

Diane Arbus’ (1923-1971) first retrospective in Paris is on now at Jue de Paume. Between the Arbus Estate and 41 private collections, 200 photographs are shown, a handful of which have never been seen before. Describing her work, Arbus once said, “I work from awkwardness. By that I mean I don’t like to arrange things. If I stand in front of something, instead of arranging it, I arrange myself.” Her frank approach to portraiture confronts one with a sense of identity that is often hidden away; she exposed and celebrated the unique in all, her oeuvre showcasing an underlining sensitivity to the human condition. 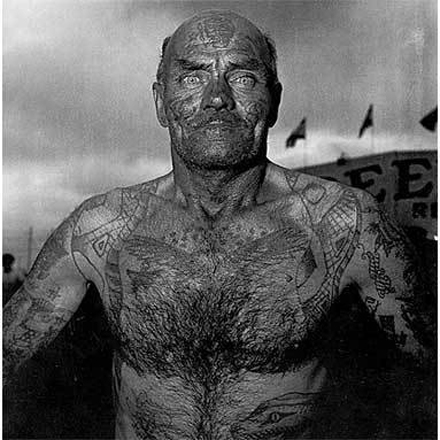 Many of her subjects exemplified the kaleidoscope of difference between the every day working man and the extraordinary giant. The artist realized that within each person lies a story in need of an ear, or rather, a telling photograph—an anthropological tableau vivant. With mid-century New York as her setting, Arbus broke away from commercial photography after shooting for the likes of Vogue, Harper’s Bazaar, and Esquire, among others, to create her visual narratives that captured the heart of the city’s underbelly and the characters that inhabited it. 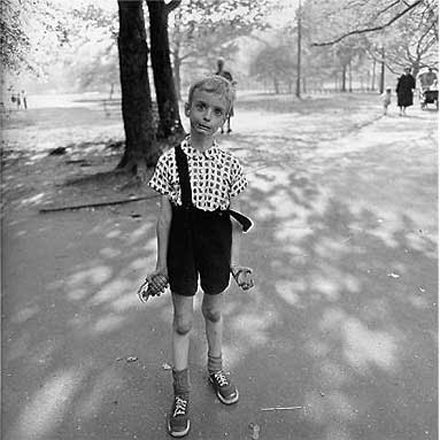 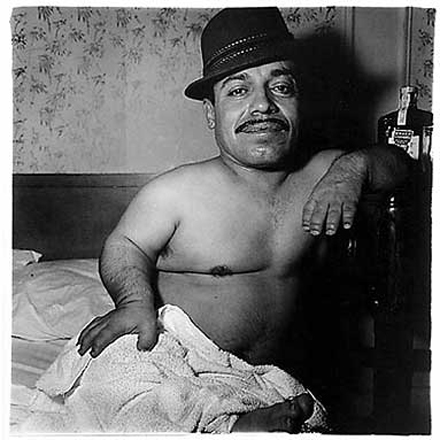 The five room installation concisely displays images accompanied solely by titles, locations, and dates. An additional two rooms, however, present the compelling personal story behind the work. On display are documents, contact sheets, even diary notes. Arbus discloses her passion, “I always thought of photography as a naughty thing to do—that was one of my favorite things about it, and when I first did it, I felt very perverse.” A true mark of intimacy emanates from her photographs, albeit somewhat voyeuristic. 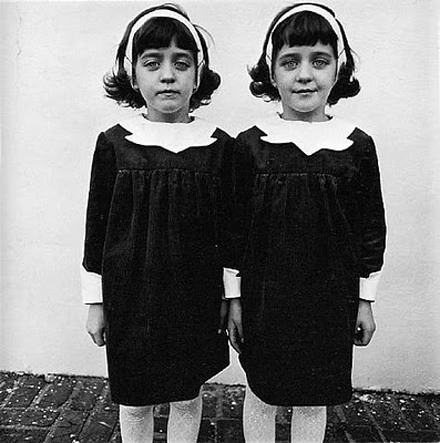 Since her suicide, Arbus has had 25 notable exhibitions internationally. With such a widely exhibited body of work, curator Mart Gili’s aims to capture comprehensive selection. After its stay in Paris, this colossal account of one of the most revolutionary photographers will travel across Europe: Fotomuseum, Winterthur (March 3–May 27, 2012); Martin-Gropius-Bau, Berlin (June 22–September 24, 2012); Foam Fotografiemuseum, Amsterdam (October 26, 2012–January 13, 2013).

This entry was posted on Thursday, November 10th, 2011 at 9:35 pm and is filed under Events, Go See. You can follow any responses to this entry through the RSS 2.0 feed. You can leave a response, or trackback from your own site.