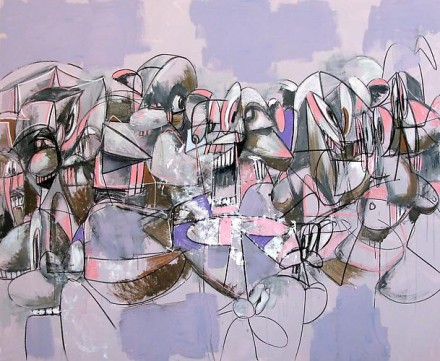 George Condo is currently showing eleven new works from his ongoing series Drawing Paintings at the Skarstedt Gallery in New York. Combining techniques of spontaneous drawing and more calculated painting, the series blends charcoal lines with pastel acrylics in Condo’s signature figurations. The large colorful canvases are busy with eyes and teeth, bowties and breasts, with the series-within-a-series, Compressions, leaving small stretches of blank canvas outside the compressed scenes. Condo says of the series, “They are about freedom of line and color and blur the distinction between drawing and painting. They are about beauty and horror walking hand in hand. They are about improvisation on the human figure and it’s consciousness.” 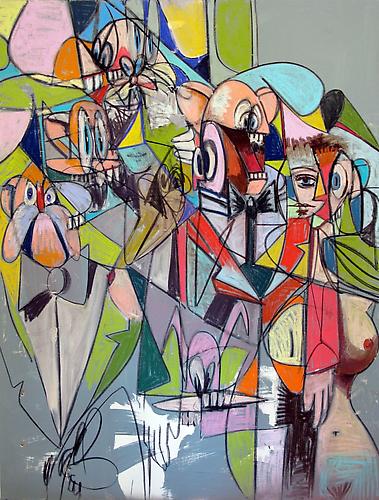 A contemporary of artists such as Keith Haring and Jean-Michel Basquiat, Condo helped to revive painting as a medium in the 1980s. With work now in the permanent collections of the Museum of Modern Art, The Metropolitan Museum, and the Whitney, and several museums throughout Europe, the Skarstedt show runs concurrently with Condo’s extensive mid-career retrospective, now on view at the Hayward Gallery in London, after debuting in New York at the New Museum. 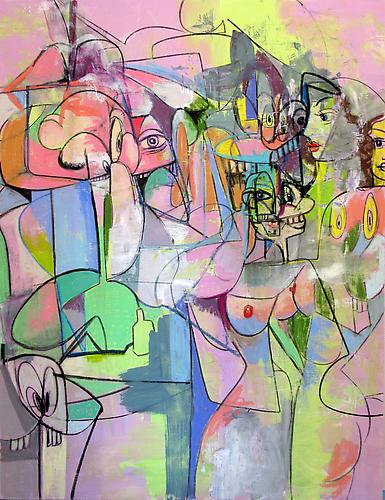 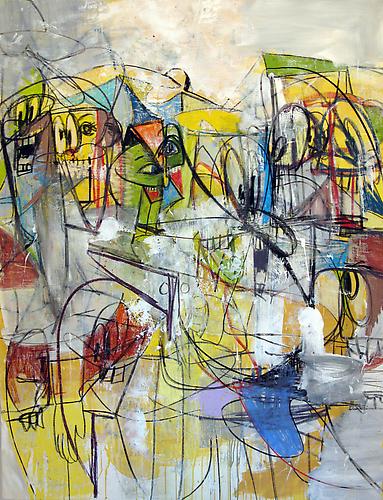 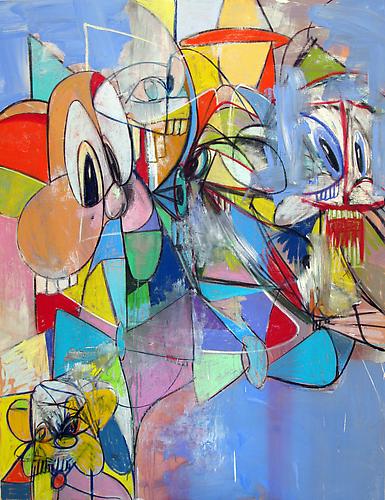 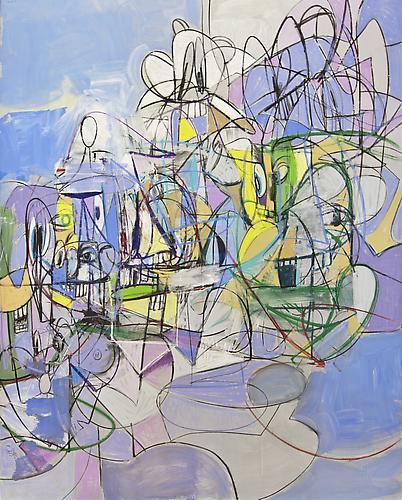 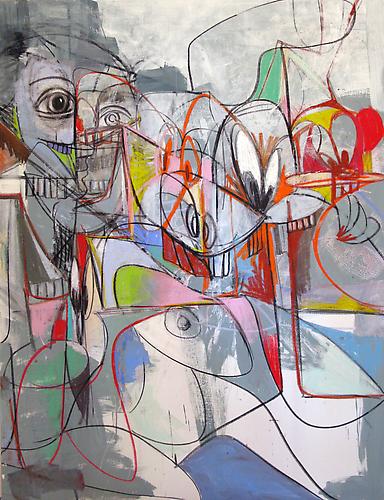 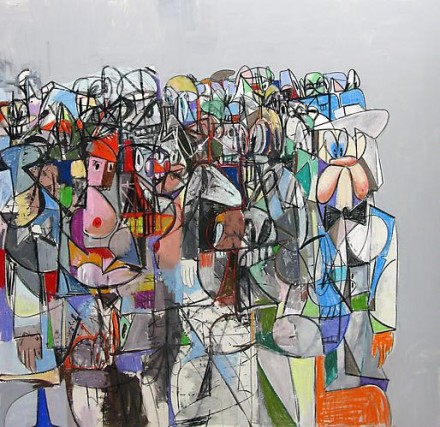 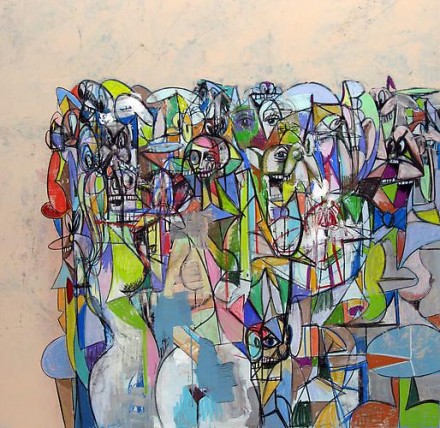 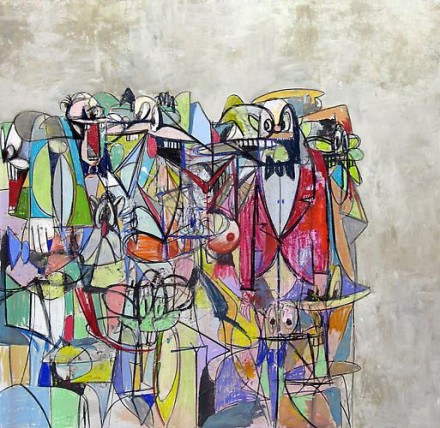 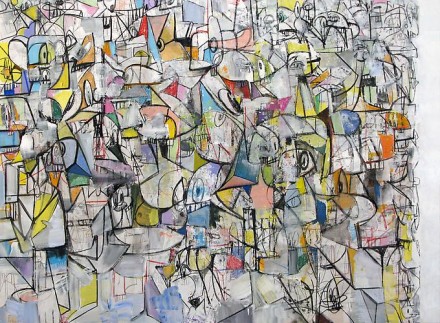 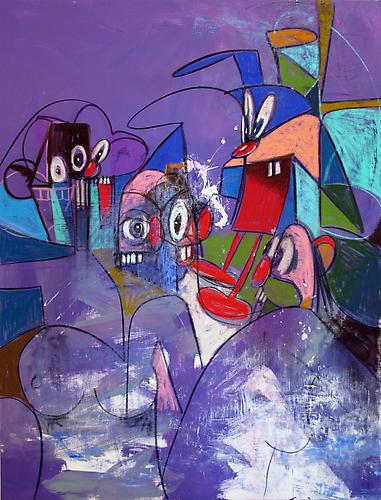 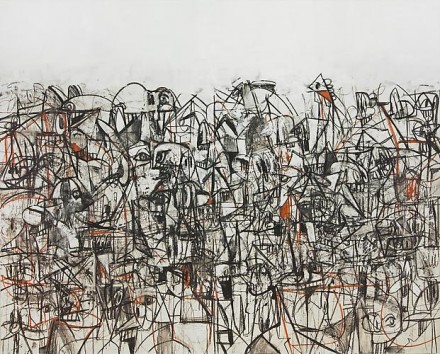 This entry was posted on Thursday, December 15th, 2011 at 12:01 am and is filed under Art News, Go See. You can follow any responses to this entry through the RSS 2.0 feed. You can leave a response, or trackback from your own site.