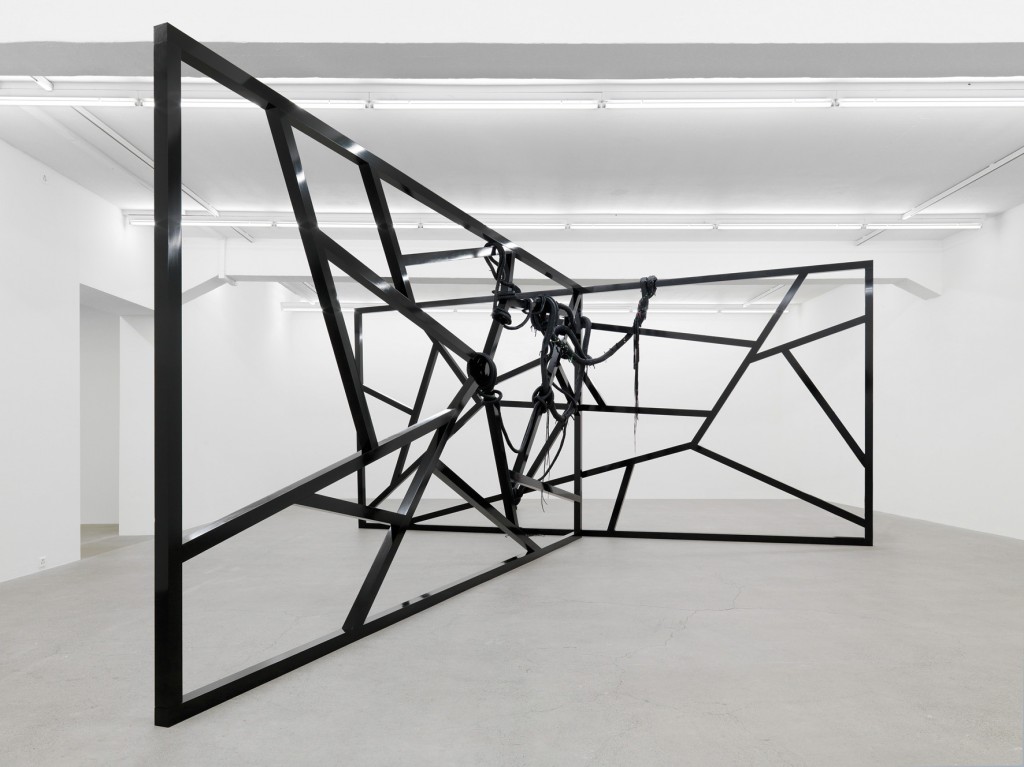 Hot Touch is on now at Kunstverein Hannover, an exhibition dedicated to the work of artist Eva Rothschild, her first ever in Germany. Creating work that is both new and referential, the artist recalls the mid-20th century concept and tradition of Minimalism, and the fragile, ephemeral work by Eva Hesse. Utilizing a variety of materials including leather, Plexiglas, and wood, Kunstvereine Hannover claims Rothschild as one of the most important artists today working to confront and challenge the “formal aspects of sculpture.” 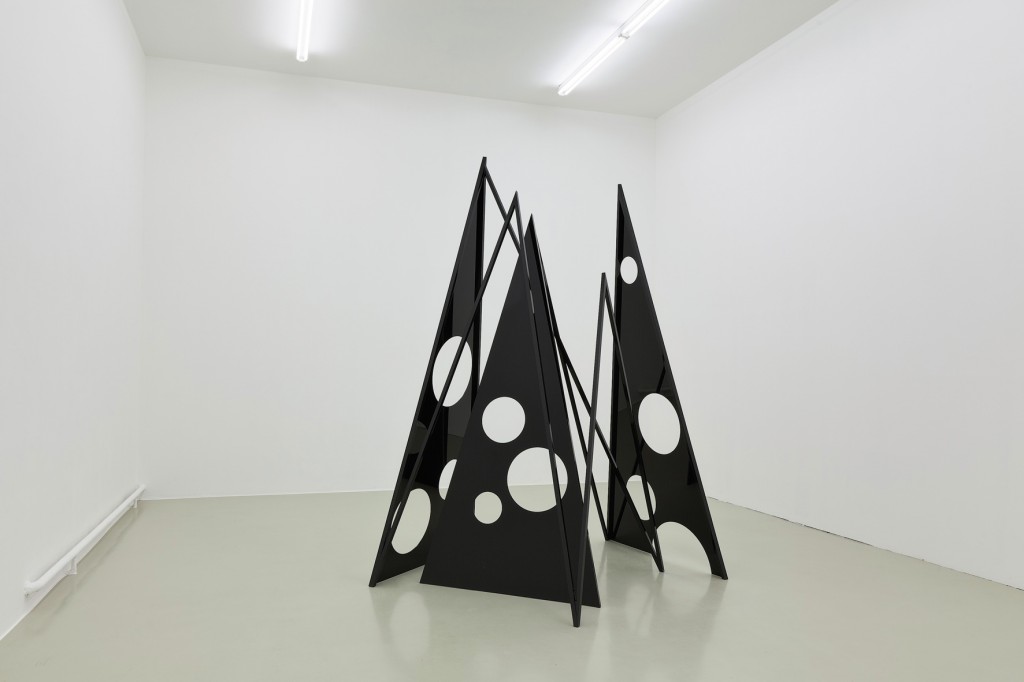 Rothschild, like the Minimalists, is interested in elementary shapes—the square, the circle, and the triangle—yet alternatively the artist chooses to concentrate on the materiality of each work. This emphasis makes for seemingly ritualistic objects as many evoke a sort of spirituality that differs from the simple veneration of pure form. In Legends, a form of pyramid-like triangles calls forth images of ancient structures, though decidedly modern in their shiny black, sharp shapes. 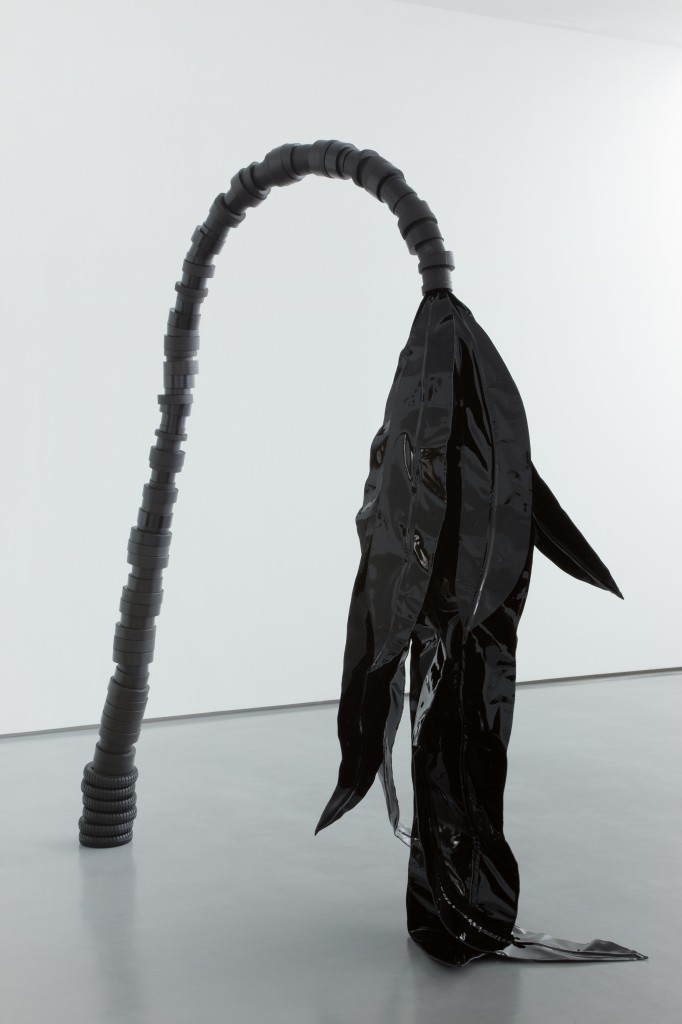 In Wandering Palm, Rothschild uses jesmonite, aluminum, and leather to sculpt a wilting palm. Its leaves hang heavily, drooping toward the ground. With an emphasis on the differing materials, the work is a hybrid of Minimalist elementary shapes and lines with a somewhat softer organic feel. 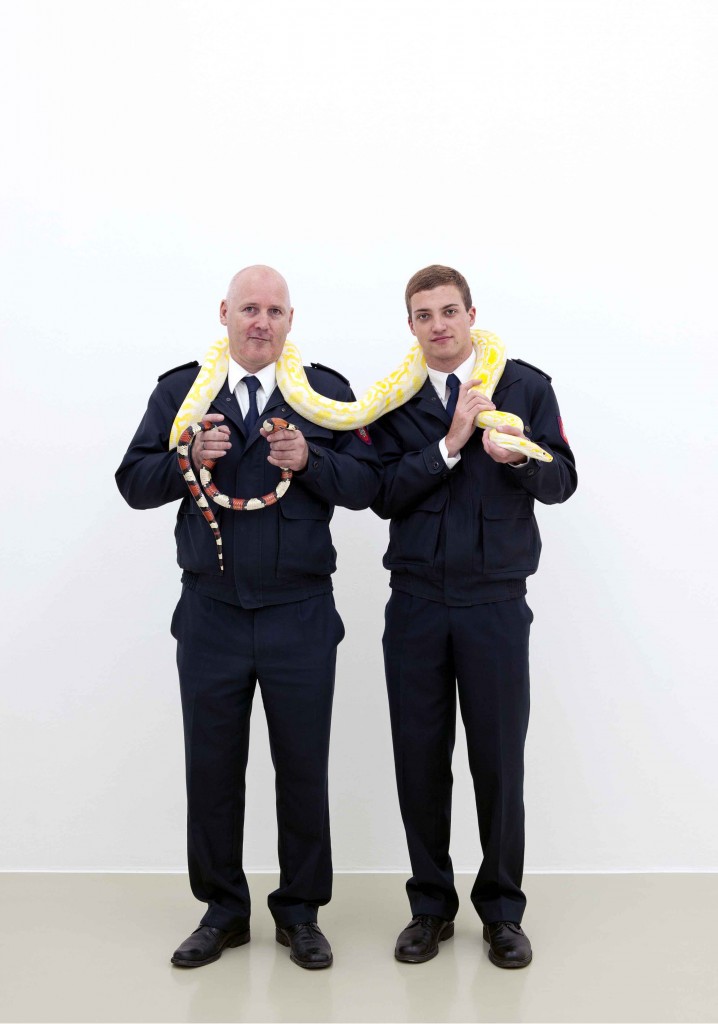 In contrast with the physicality of Wandering Palm is Rothschild’s two-dimensional photographic series People with Snakes. The artist photographed several Hannover residents draped in snakes, exploring the loaded symbolic significance of the snake with the more immediate sense of unease. 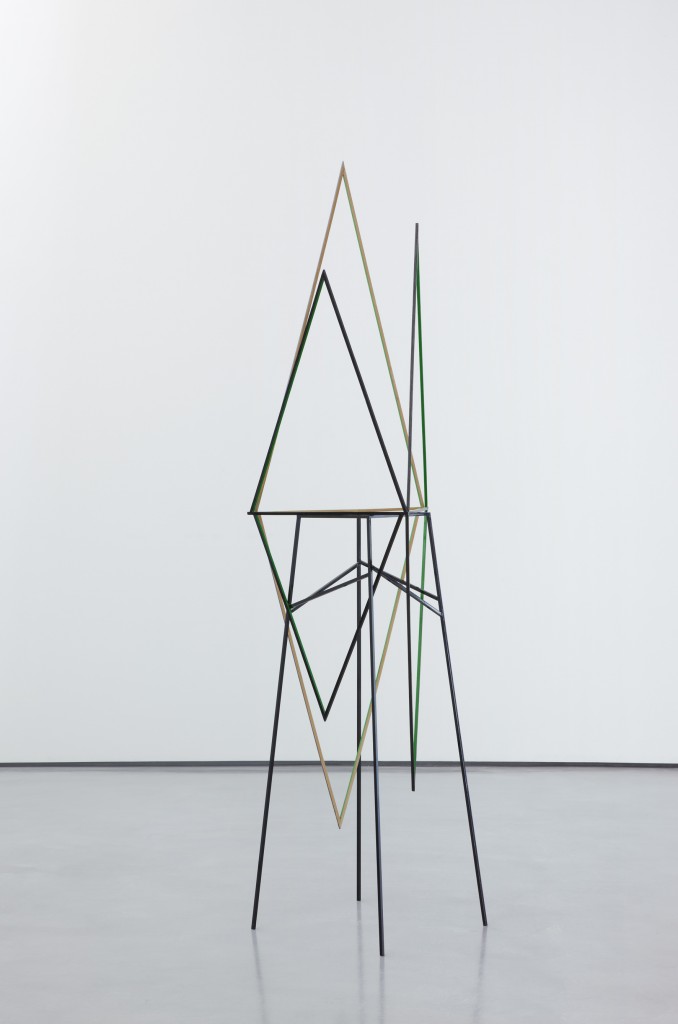 Rothschild was born in 1972 in Dublin, though she currently lives in London. She studied at the University of Ulster, Belfast, and at Goldsmith’s College, London. Her work has been exhibited internationally at institutions including London’s Tate Modern, New York’s 303 Gallery, and La Conservera in Murcia, Spain. Much of the work featured in the exhibition was created in the last few years.

This entry was posted on Friday, January 27th, 2012 at 12:43 am and is filed under Art News, Go See. You can follow any responses to this entry through the RSS 2.0 feed. You can skip to the end and leave a response. Pinging is currently not allowed.