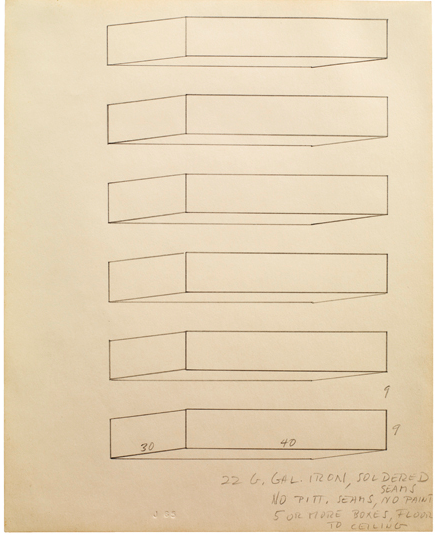 Currently on view at Sprüth Magers London is Working Papers: Donald Judd Drawings 1963–93. The show consists of 33 drawings made when Judd was creating exclusively three-dimensional objects, offering an extended insight into the artist’s work during this period. Judd is considered a central figure of Minimalism, and although he strongly rejected the association, his explorations of volume, space, and the elimination of the artist’s ‘hand’ were pioneering efforts for Minimalists. Judd abandoned painting to work with three-dimensional objects in 1963, exercising a vocabulary of forms that he had established such as “stacks,” “boxes,” and “progressions,” which focused on the relationship between the object, the viewer, and the environment. 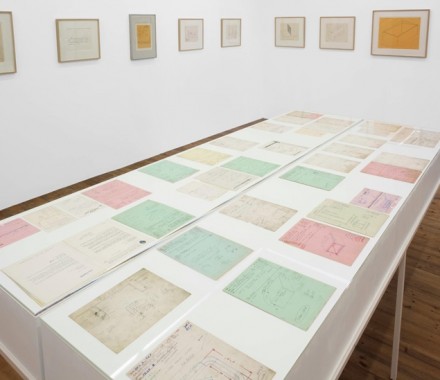 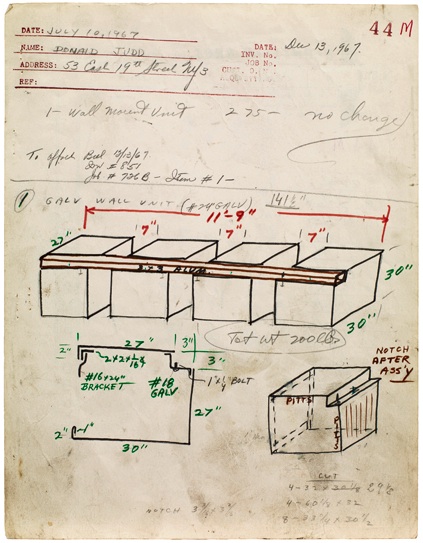 While Judd’s work focused on three-dimensional forms for the majority of his career, pictorial drawings were a necessary element to the production of these objects, and functioned as an honest method of documentation. The earliest drawings show Judd working out sculptural ideas before their realization. Later drawings were a part of the fabrication process, a necessary instructional device to the assembly of objects. The largest and most formal drawings were created after an object had been completed, as a means of documenting the piece. Curator Peter Ballantine states that drawings were a non-photographic method for Judd to record his own work, as the artist was opposed to the photography of art due to its inadequate representation of three-dimensional works. 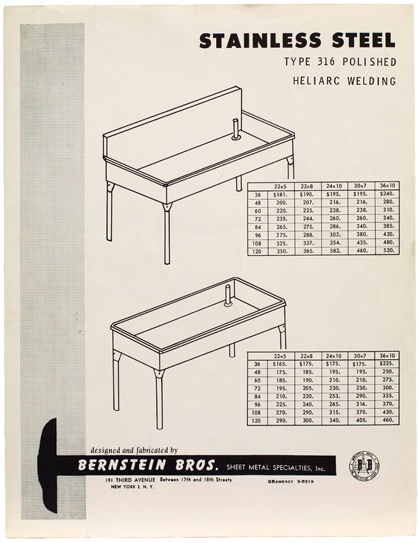 His earliest objects were freestanding box forms made of wood, metal, and later plexiglass. He moved on to create rows and progressions that were often mounted on walls, engaging with architecture. Removing traces of the ‘author’ by using industrial materials and eventually delegating the fabrication of all his pieces to external manufacturers, Judd’s objects emphasized the clarity of the constructed object and the space that surrounded it. 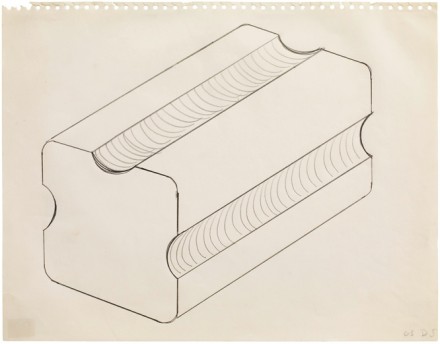 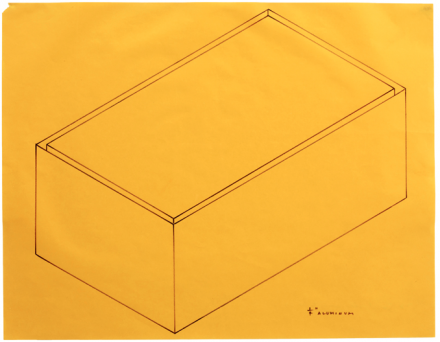 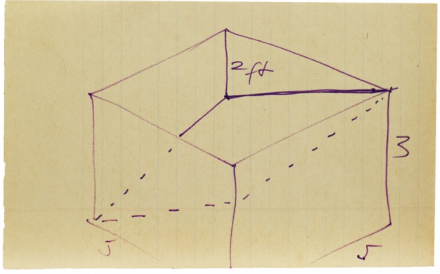 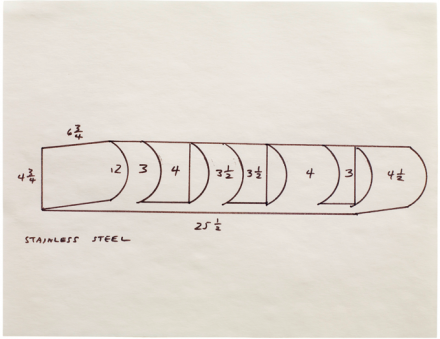 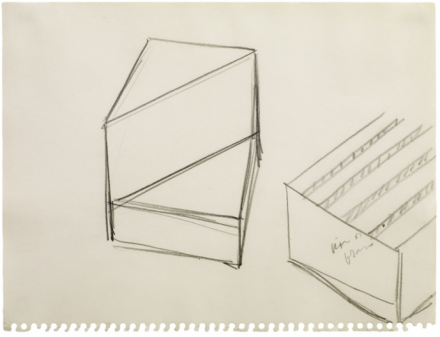 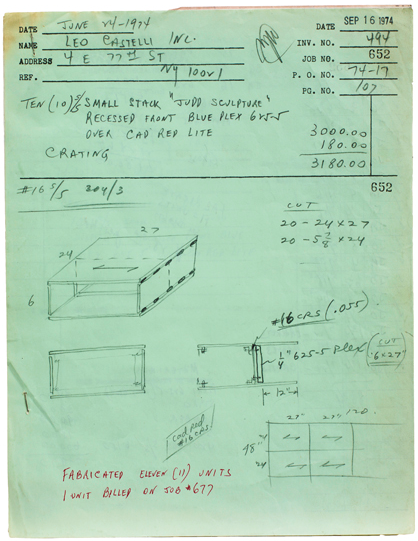 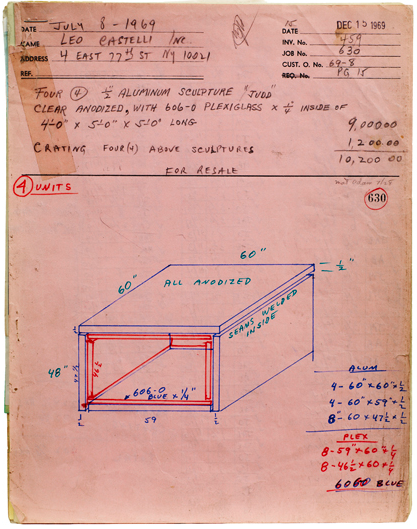 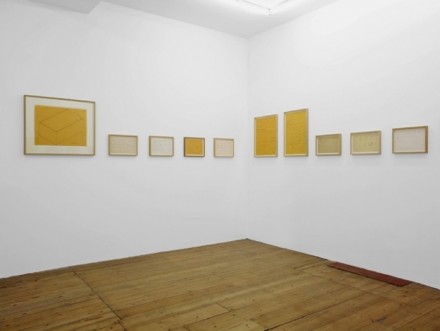 This entry was posted on Saturday, January 28th, 2012 at 10:32 am and is filed under Art News, Go See. You can follow any responses to this entry through the RSS 2.0 feed. You can leave a response, or trackback from your own site.