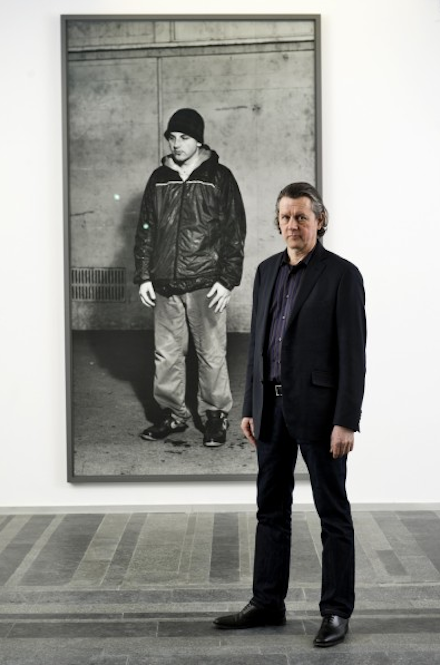 Canadian photographer Jeff Wall presents his first ever solo show in Eastern Europe at the Pinchuk Art Centre in Kiev, Ukraine, titled In light, black, colour, white, and dark. The exhibition includes 16 photographs and 7 light boxes, a mixture of Wall’s recent works and iconic images from the artist’s personal collection. 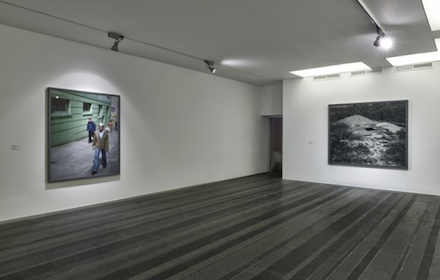 Characterized by their crispness, vibrancy, and storytelling ability, Wall’s images can seem closer to movie stills or windows into another time and space than photos. The artist’s 2011 photographs Boxing or Band & crowd, for instance, place the viewer along the fourth wall of the boys’ monochromatic apartment, or the sparsely-populated concert venue. Many of Wall’s works are nearly life-sized and fill the gallery’s walls from floor to ceiling. Closer inspection breathes depth into the two dimensional panels; standing face-to-face with Young man wet with rain, a viewer might speculate the thoughts behind his furrowed brow. 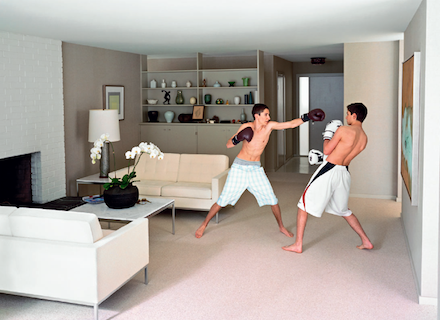 This feeling of voyeurism stems largely from Wall’s desire to capture fleeting moments in time on film. “The artist tells us that all his pictures have their origins in chance encounters—things he sees in the street, things he hears or overhears, things read, imagined, remembered or day-dreamed,”  says the Pinchuk Art Centre press release. “Wall places much value on the unique creative freedom made possible for photography by setting aside any preference for ‘documentary’ as opposed to ‘artifice’ and he works on both sides of this divide, sometimes even within the same picture.” In a 1996 interview with art critic and curator Arielle Pélenc, Wall said, “The beauty of photography is rooted in the great collage which everyday life is, a combination of absolutely concrete and specific things created by no-one and everyone, all of which becomes available once it is unified into a picture.” 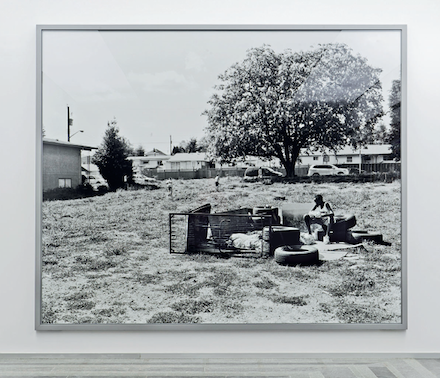 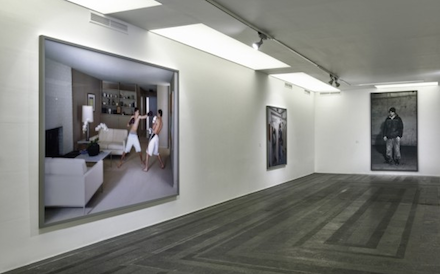 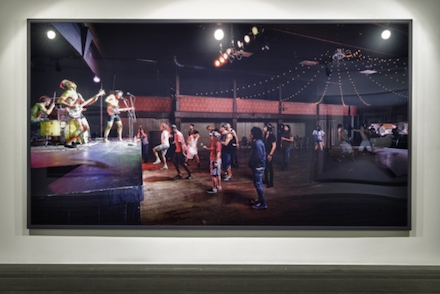 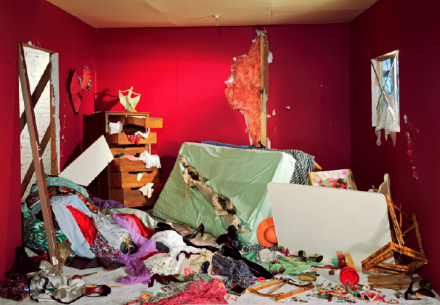 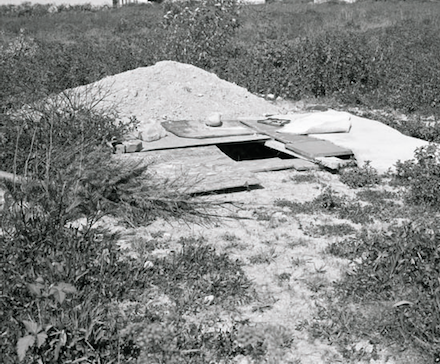 This entry was posted on Tuesday, March 27th, 2012 at 7:32 pm and is filed under Galleries, Go See. You can follow any responses to this entry through the RSS 2.0 feed. You can leave a response, or trackback from your own site.

One Response to “Kiev, Ukraine: Jeff Wall ‘In light, black, colour, white, and dark’ at Pinchuk Art Centre through April 1, 2012”