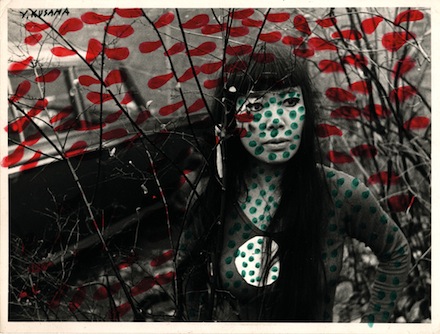 Currently on view at the Tate Modern is the first major retrospective of Yayoi Kusama’s work in the UK. Covering a practice that has spanned nearly six decades, the fourteen-room exhibition reveals the wide range of the artist’s explorations into media and mediation. Including early manipulated photographs, soft sculptures, and immersive installations, as well as more recent paintings and sculptural works, the Tate’s retrospective moves viewers through one of the most individual and idiosyncratic practices to emerge from the 1960s New York art scene. 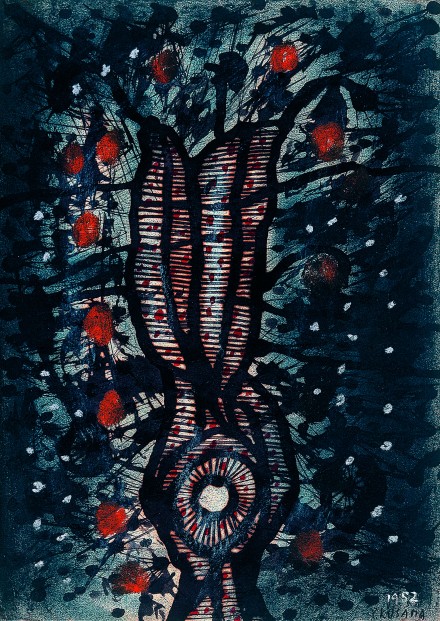 Although associated with a number of historical figures from Joseph Cornell (one of her early influences and the love of her life, according to the artist) to Donald Judd (who aided her in the stuffing of thousands of phallic knobs) to Piero Manzoni (who helped to fund Narcissus Garden, Kusama’s contribution to the 1966 Venice Biennale), as well as rediscovered by feminist art history in the 1990s (which has mined the complexity of her work in relation to her “double-othered” identity as a Japanese woman), Kusama’s practice nonetheless eludes easy classification. Much like Louise Bourgeois (whom the artist frequently sites as an influence and inspiration) Kusama has been able to shift, transform, and adapt to the ever-changing landscape of the art world over the last five decades. It is, though, her deployment and manipulation of the dot motif that has been the common thread, which ties together the seemingly disparate strands of, what has been called, her “chameleon-like practice.” 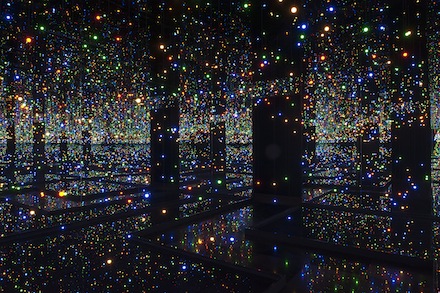 The dot has shifted, grown and morphed into various repeating patterns over the years, from the painted dot, to the net, to the phallic-like knob and back again. It is the artist’s own neurotic and obsessional compulsions (she has lived voluntarily in a Japanese psychiatric institution since 1977), which seem to lie behind her explorations of the infinite and the infinitely repeated/repeatable—Kusama sees the dot as a metaphor for the cosmos. Her works have moved between and through hyper-sexualized fetish form, as in her Accumulation sculptures (1962-1966); graphic excesses, as in her early self-portraiture Self-Obliteration (1967) as well as later sculptural installations like Dots Obsession (2009/2012); almost meditational repetition in works like Pacific Ocean (1960) from the Infinity Net paintings series; and psychedelic implosion in her immersive installations/tableaux, such as the breath-taking Infinity Mirrored Room – Filled with the Brilliance of Life (2011). 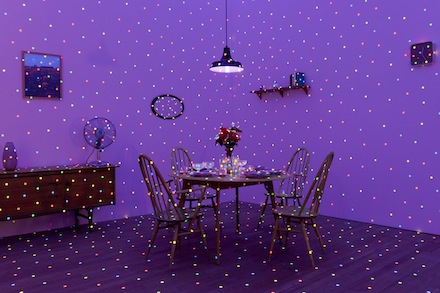 In recent years her long-time devotion to the dot motif has earned her the title “Princess of Polka Dots,” which is also the title of a feature documentary on the artist’s life and work currently in-progress. A collaboration with Louis Vuitton, entitled the Infinitely Kusama Collection, is also in the works. The current retrospective will be traveling to the Whitney Museum of American Art in New York next where it will be on view July 12–September 30, 2012. 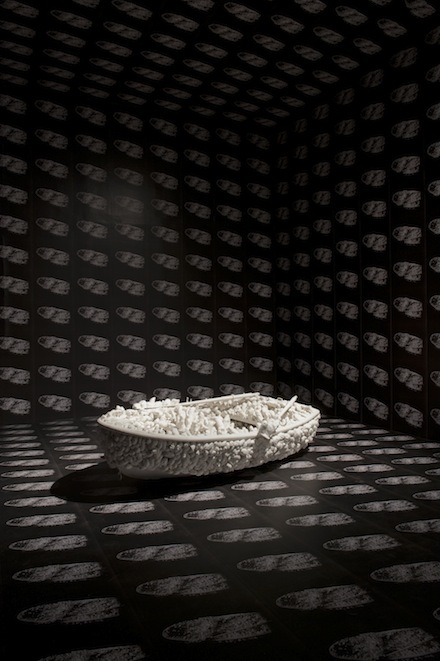 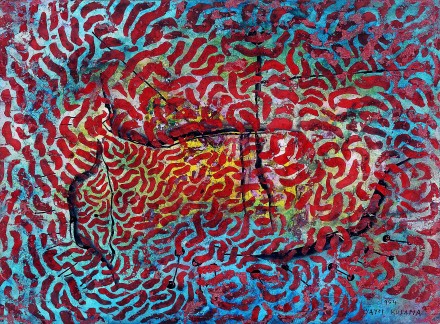 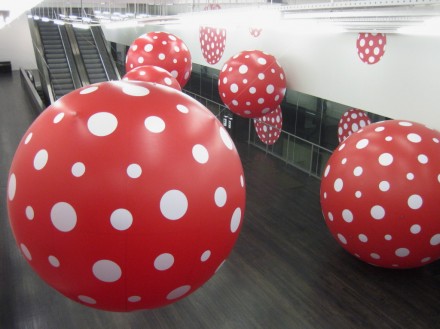 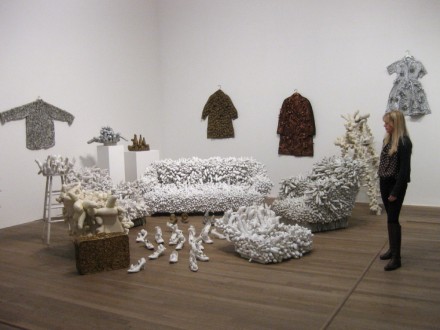 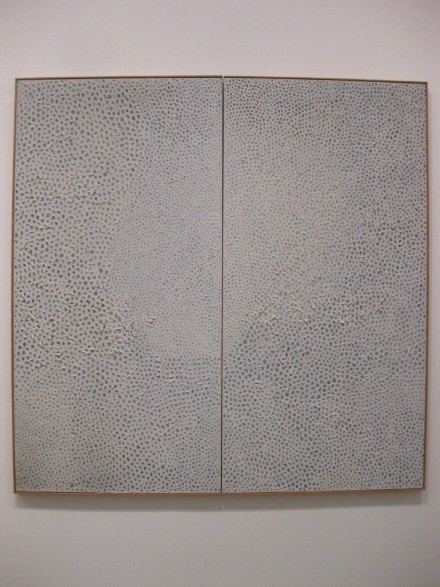 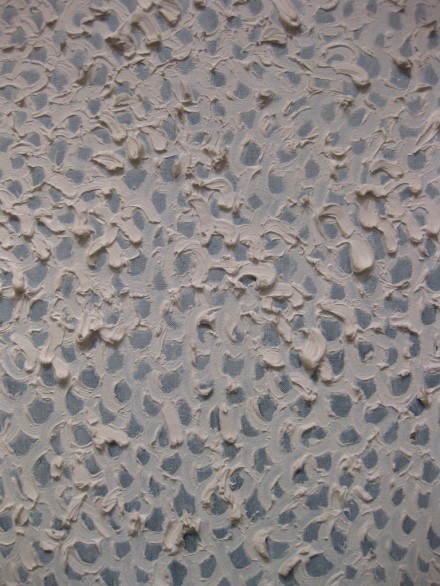 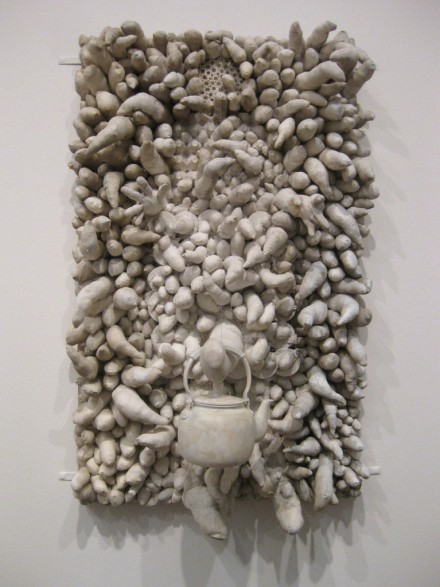 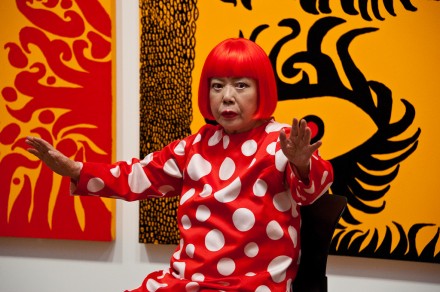 This entry was posted on Monday, March 19th, 2012 at 7:19 am and is filed under Art News, Go See. You can follow any responses to this entry through the RSS 2.0 feed. You can leave a response, or trackback from your own site.