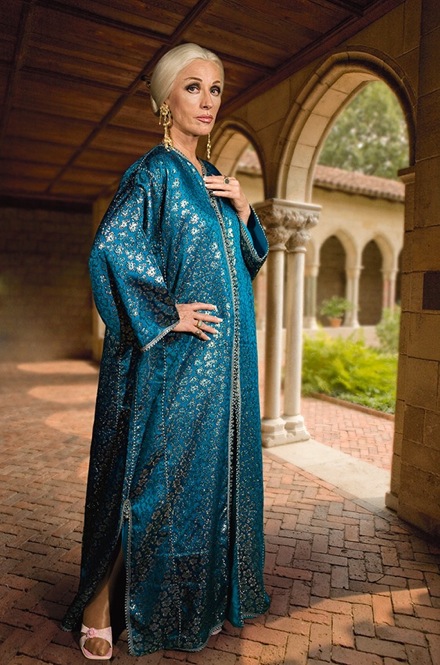 Cindy Sherman‘s retrospective is on view now at MoMA through June 11. Using herself as her only model, Sherman manipulates her appearance and environment, manifesting a dialogue about gender and social stereotypes through every carefully crafted and costumed persona. With eleven galleries dedicated to various series of her work—from the simplistic roles of femininity displayed in her pioneering Film Stills series, to her more complex transmutations of fashion centerfolds, or the aristocratic elite—her consistent process has yielded more emotionally, psychologically, and aesthetically nuanced characters since her earliest work in 1975.

At the entrance to the exhibition viewers are met by a mammoth portrait from Sherman’s 2008 series of aristocratic women, Untitled #466.  The work towers over 7 feet high, presenting her in a rich jewel-toned robe, bedecked with gold, and hair pulled back. Her French manicured fingertips rest against her sternum drawn to a self-reflexive point, while her other hand is anchored upon her hip. Despite the near comedic exaggeration of her exploits of wealth, the power of this portrait is in the confrontational and defiant attitude of the character on view. This confidence pervades throughout the exhibition, as both Sherman and all invoked personae take unquestionable ownership of their identities. 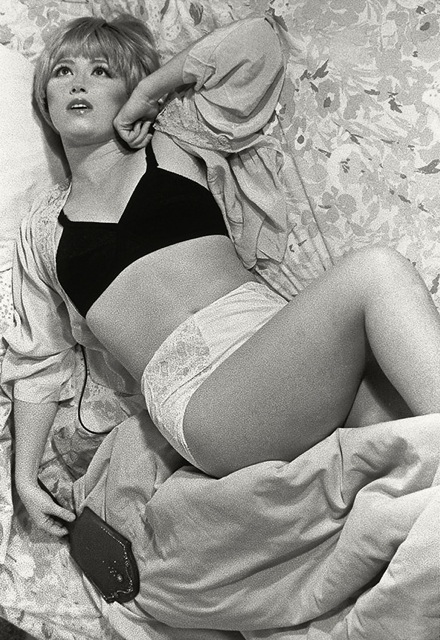 The second gallery is filled with the complete Film Stills series shot from 1977–1980. The scenes created by Sherman are meant to appear cinematic and familiar, featuring a myriad of Hollywood’s classic female archetypes: vixen, housewife, ingénue. The expansive black and white series depicts her lurking from the shadows in fine evening dresses or sprawled across a mattress with an open shirt and mis-matched underwear. The aesthetic feels at once as romantic and intimate as it is dark, suspicious, and inescapably twisted. Artistic subversion perhaps at its finest, the questions posed by the series regarding the illusionary nature of the medium and representation are still as relevant and potent as they were when the work was created 35 years ago.

Following the film stills, Sherman tackled characters that were simultaneously more aesthetically exaggerated but psychologically and emotionally more difficult to read. In Untitled #119 (1983) for example, Sherman appears to be spot-lit, singing with open arms in a nautical ensemble of over-sized earrings and a navy blue and white striped shirt. Unlike the characters pictured in the film stills whose stories one might recognize through Sherman’s Hollywood appropriation, this woman’s narrative is less defined. She performs for an unknown audience, and her environment is concealed by the darkness that consumes the rest of the composition. Even her age is rather indecipherable, as wrinkles become washed out in the saturated concentrations of light against her face. We are given enough visual ammunition to envelop ourselves in the character, yet left to connect her to a place and time, as well as to define her motivations for occupying said space. 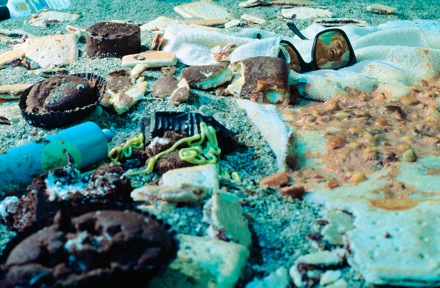 As a foil, it should be noted that the exhibition also showcases Sherman’s work in still lifes from the late 1980s through the 1990s, where characters are typically absent from the work or only partially shown. The artist creates painterly palettes and textures through otherwise grotesque combinations of disembodied mannequins, hair, vomit, food, and dirt. The sense of subversion and manipulation is ever-present, yet it is the environment alone that she uses to dictate the scene. 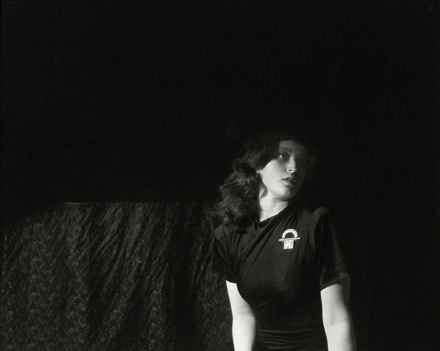 Cindy Sherman uses her elaborate personas and tableaus as provocative social exploration. At her core, she is a fearless experimenter whose work seems as bold as it is unapologetically imperfect in its quest to document the curious and beautiful visual manifestations of gender, culture, and class. As her sole subject and model, Sherman expresses the infinite variations of one’s self and one’s society. As viewers we acknowledge Sherman’s fabrication and fiction, but suspend our disbelief in order to partake of her aesthetic exercises in social engagement.

This entry was posted on Saturday, March 10th, 2012 at 7:06 pm and is filed under Art News, Go See. You can follow any responses to this entry through the RSS 2.0 feed. You can leave a response, or trackback from your own site.

One Response to “New York: Cindy Sherman Retrospective at MoMA through June 11, 2012”