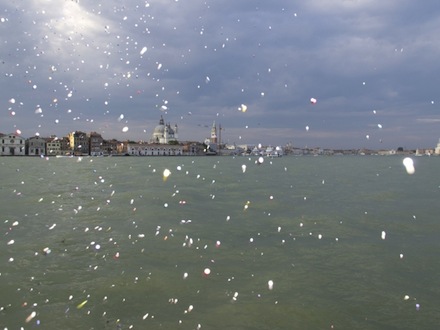 In July 2011, Katie Paterson blended science with art in the work 100 Billion Suns for the Venice Biennale—the photo documentation of which is now on view as the first exhibition in Haunch of Venison‘s new Fitzrovia gallery space in London. Paterson was the 2010–11 Artist in Residence at University College London’s Department of Physics and Astronomy, and at the Biennale, the artist placed confetti canons throughout the city and set them off at regular intervals in a gesture to reenact Gamma Ray Bursts—the brightest explosions in the universe. During the Haunch of Venison show, one confetti canon will explode at 1:00 pm each day, littering the floor with small fragments of paper color-matched to the Gamma Ray Bursts Paterson has documented. In addition to the canon and its Venetian archive, two other astronomy-related works are on view as well, The Dying Star Letters and Ancient Darkness TV. 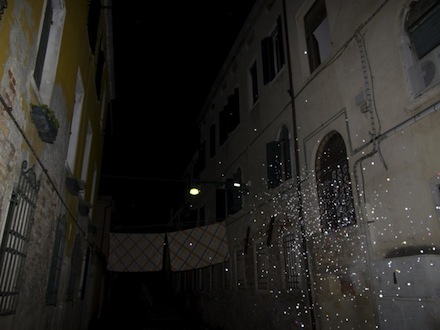 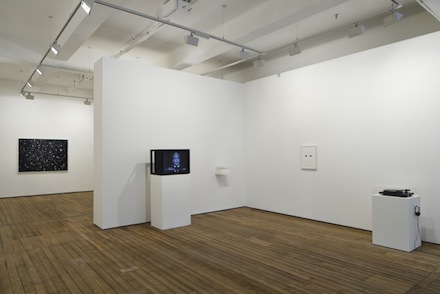 In a short film posted on the Haunch of Venison web site, Paterson explains her vision for 100 Billion Suns: “Like several of my artworks, 100 Billion Suns deals with an aspect of nature and the cosmos, conveying vast events through tangible, every day, and almost throwaway medium here on Earth.” Joining the 100 Billion Suns are the minute-long loop of Ancient Darkness TV (2009) and The Dying Star Letters (2010). To create Ancient Darkness TV, Paterson worked with astronomers from the Mauna Kea Volcano telescope to broadcast on the New York television station MNN, “an image of ancient darkness.” According to Paterson’s web site, the telecast “revealed darkness from the furthest point of the universe, 13.2 billion years ago, shortly after the Big Bang and before Earth existed, when stars, galaxies and the first light began to form.” 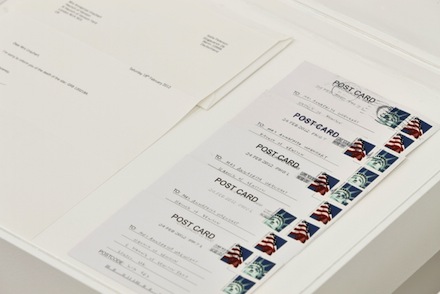 The Dying Star Letters is a series of letters posted by the artist each time she learned of a star’s death. Astronomical institutes alert Paterson each time a star explodes, at which time she pens a death announcement. Through her letters, Paterson poignantly personifies an event which the general population on Earth is far removed from. 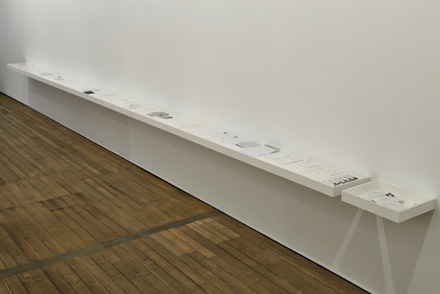 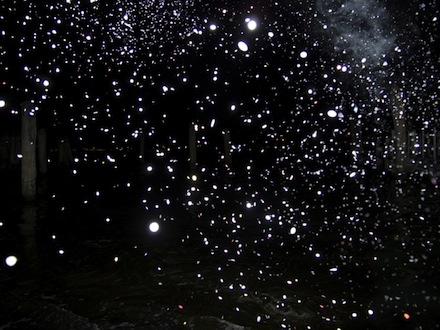 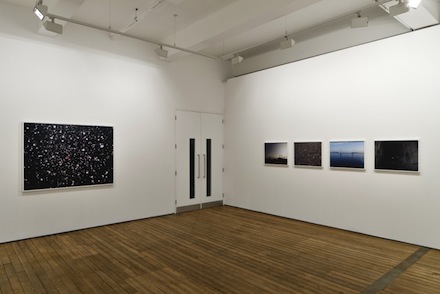 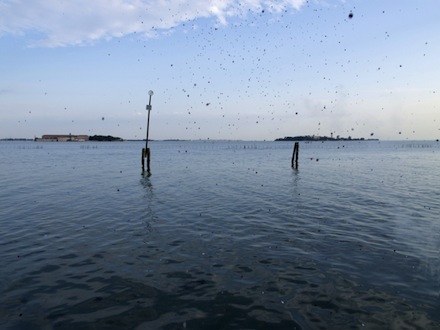 This entry was posted on Sunday, April 1st, 2012 at 11:28 pm and is filed under Galleries, Go See. You can follow any responses to this entry through the RSS 2.0 feed. You can leave a response, or trackback from your own site.