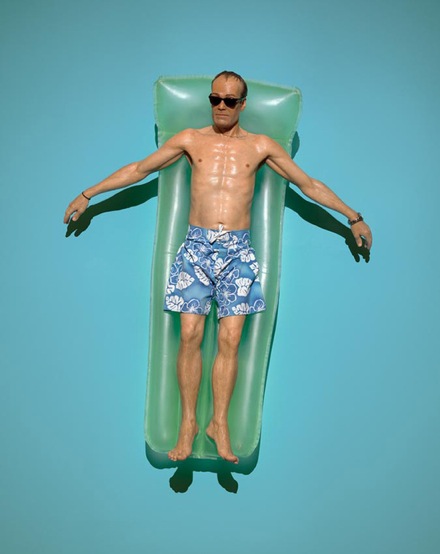 Sculptor Ron Mueck‘s first show with Hauser & Wirth is on view now at the gallery’s Saville Row location in London. It is the artist’s first major solo exhibition in the city after more than a decade. Mueck is known for his brand of realism that might be considered graphic or grotesque, and habitually works with surprising scale to compound the power of the work. Mueck’s current show includes four sculptures that sharply contrast from each other, but share a poignant sense of the human condition. 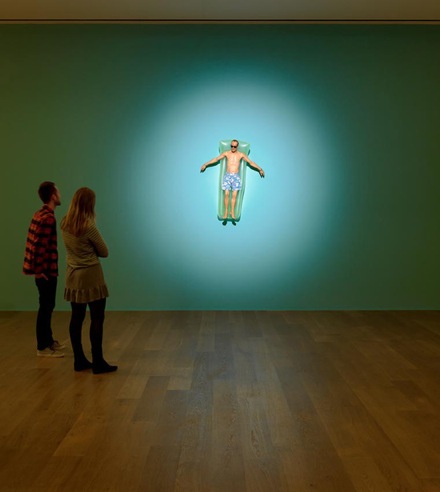 In 2009’s Drift, a middle-aged man floats in a seemingly David Hockney-inspired pool wearing sunglasses and tropical print board shorts. The water is represented by the full wall of the gallery—a vibrant aquamarine from floor to ceiling. The sculpture is small in comparison to the area surrounding it, diminishing the character’s significance, and giving us the illusion of an omniscient aerial view as the subject languishes in a spot-lit, crucified state. 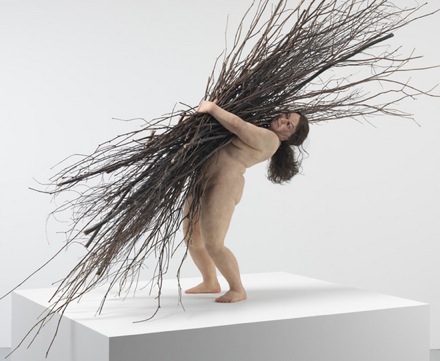 In Woman with Sticks of 2008, a zaftig nude woman carrying a bushel of tree limbs and twigs bends back at a drastic angle to manage the heavy load. Indeed, her cargo extends past her head and feet, reinforcing her shear strength of will. She is neither lovely nor idealized, but powerful in her independent moment of survival and tenacity. 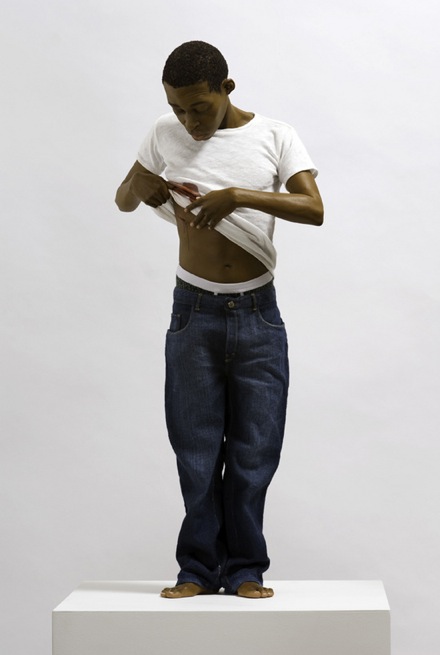 In Youth, Mueck presents a young boy with a stab wound. The boy inspects the bleeding laceration in a moment of assessment and realization. Though he appears calm, it is a weighted psychological moment, unexpected for a boy his age. Mueck pulls his past and future into question through this heightened and terrifying state of the present.  In relation to Drift the work can also be seen as a Christ reference, calling to mind Caravaggio’s The Incredulity of Thomas. 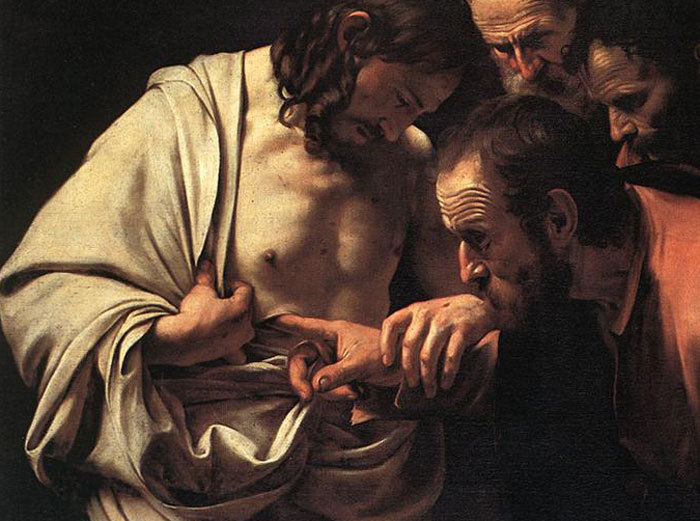 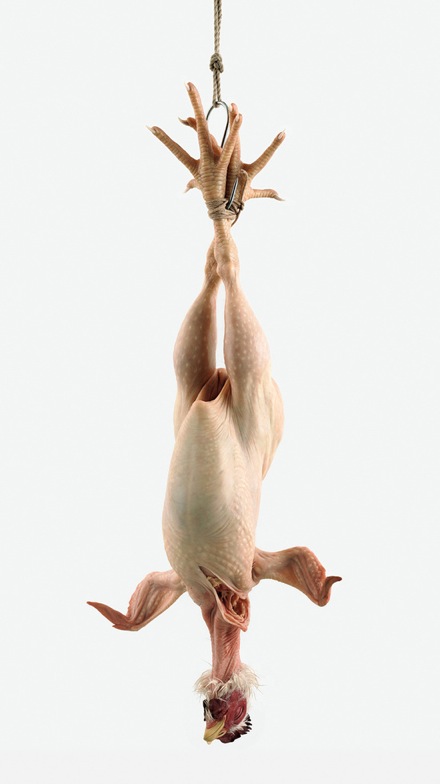 The largest sculpture of the show is a massive dead chicken strung up by its bound feet, reversing the reality of natural scale. While Mueck’s other three figures all seem to share a moment of reckoning, the lifeless poultry looms amongst them as a morbid reminder of life’s finality. 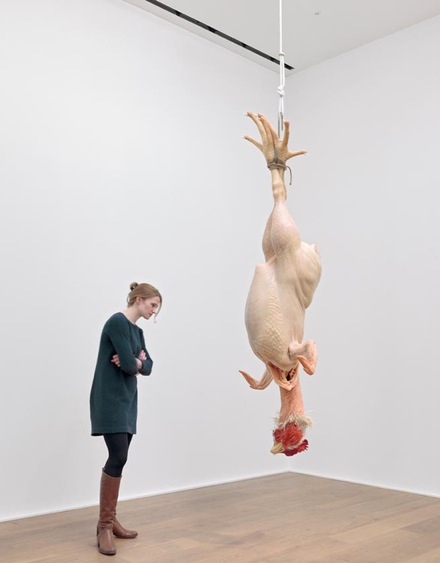 This entry was posted on Sunday, April 29th, 2012 at 1:01 am and is filed under Go See. You can follow any responses to this entry through the RSS 2.0 feed. You can leave a response, or trackback from your own site.