Vienna: Rudolf Stingel and Michael Snow at Secession through April 15, 2012 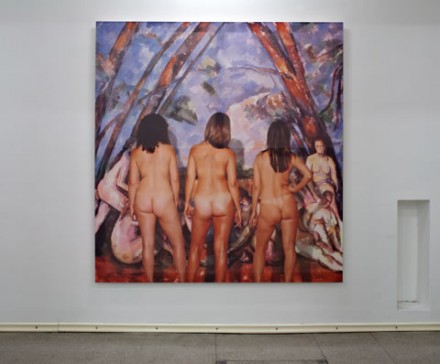 Michael Snow and Rudolf Stingel are currently showing at Secession in Vienna. While they incorporate different mediums, both Snow and Stingel’s works explore the interplay between art and audience, and utilize the exhibition spaces as fluid, living installations. 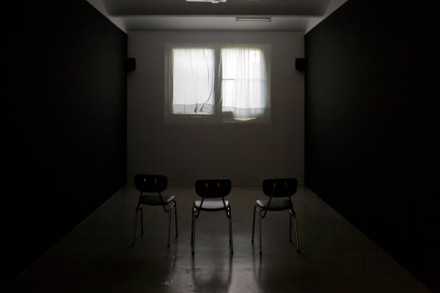 Snow’s exhibition, Recent Works, features five films and two photographs produced over the past decade. Best known for pioneering the structural movement in avant-garde film, Snow has several iterations of the genre on display. Snow’s 2002 film, Solar Breath, builds upon the themes established in his 1967 landmark film “Wavelength,” and is similarly comprised of a single, static shot. Snow’s footage focuses on a curtain that alternately billows out and snaps back against its glass windowpane. The result is an eerie visual and sonic experience. Strange manipulations of light play out across a dim room, while the meditative rush of wind and ambient voices is periodically interjected by the sharp smack of fabric on glass. 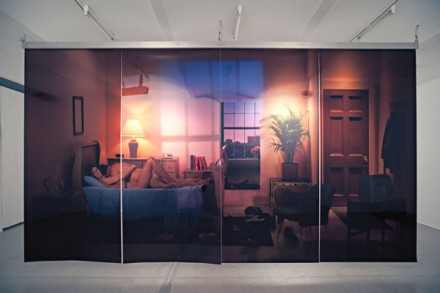 As the audience passes through the exhibition observing the works, they suddenly find the exhibit observing them. One can comfortably watch the copulating couple depicted in the Powers of Two only until one notices the cleaved woman of the photo peering out at the audience from beneath her lover. The viewer suddenly becomes voyeur. 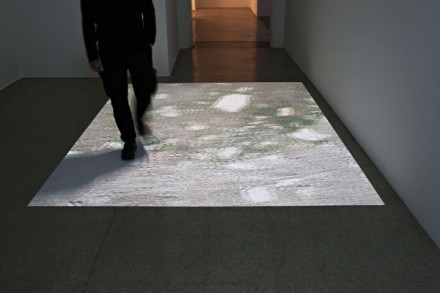 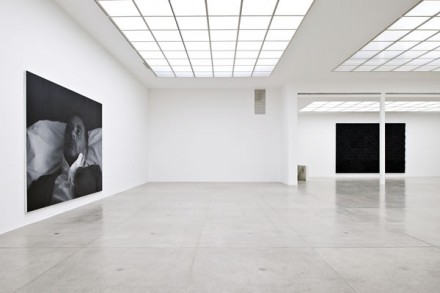 Stingel similarly manipulates his audience. By placing the three pieces in an equilateral configuration, Stingel creates a room evocative of a place of religious worship. In the exhibition catalogue, Reiner Zettl writes, “The three pictorial objects are positioned to correspond with the Greek cross of the Secession building’s ground plan and to form a three-dimensional triptych.” Two parts of this triptych consist of black plaster panels, intended to mimic baroque-style wallpaper. They are used to frame the exhibition’s focal piece, Untitled (After Sam), a self-portrait by Stingel based on a photograph by Sam Samore. 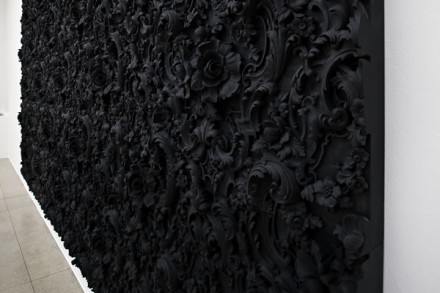 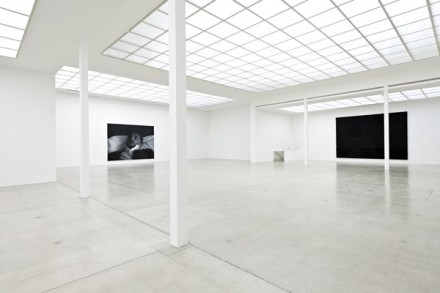 The artist’s idolizing intentions are made clear by the Secession’s accompanying literature. As it states, “Untitled (After Sam)….acts as the central panel in an altarpiece, while the two reliefs positioned to the sides suggest the doors of a tabernacle…the work also inspires an awed distance, promoting visitors to seek out the center of the space.” 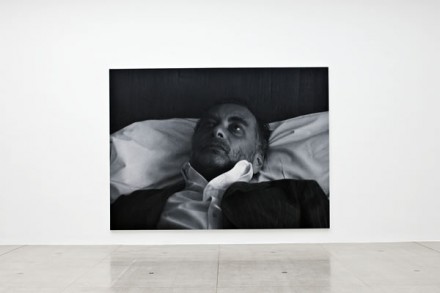 This entry was posted on Saturday, April 14th, 2012 at 3:26 am and is filed under Go See. You can follow any responses to this entry through the RSS 2.0 feed. You can leave a response, or trackback from your own site.