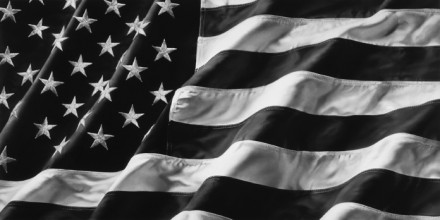 Robert Longo presents a site specific installation, Stand, as his first solo exhibition with Capitain Petzel Gallery Berlin. The show’s timing and location, intentional or unintentional, provide some extra intensity to the already political nature of the exhibition.  Stand, like much of Longo’s work engages themes of politics and power and its effects on society. The show opened during ‘Gallery Weekend’ and alongside this year’s Berlin Biennale, which also focuses on the political power of art. The gallery is located on Berlin’s Karl-Marx-Alle, formerly Stalinalle, famous for being the first “socialist” street of the DDR. Longo’s show utilizes the entirety of the gallery, inside and out, and whether to challenge or just play with the location’s history showcases in its outer windows a black and white drawing of an American flag. 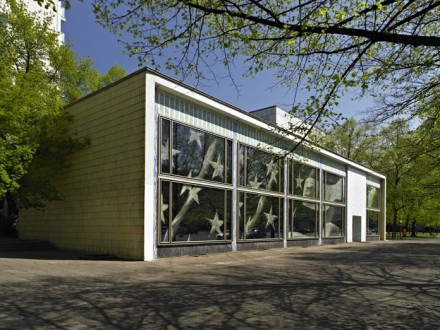 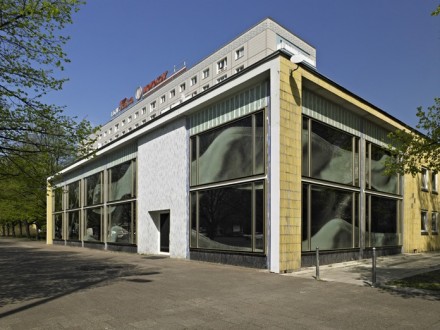 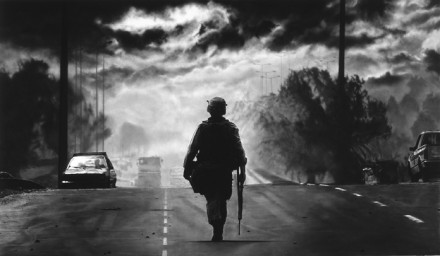 In the entrance first greeting visitors are three large black and white drawings highlighting themes of the global political situation and the U.S.’s current and historical role in world politics. A golden eagle, emblematic of the U.S., is perched on a gilded mirror that says, “Call me Ismael,” and connects to Longo’s work about Moby Dick on view in the basement. Another drawing depicts a soldier walking away, the third of recent U.S. protest scenes. 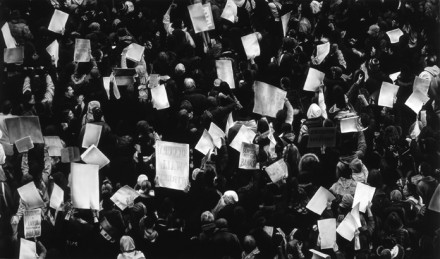 The main space is filled with an homage to an homage, a piece Longo created based on Hans Haacke‘s Oelgemaelde, Hommage à Marcel Broodthaers (1982) that originally was part of Documenta 7. With consent from Haacke, Longo’s version puts a contemporary spin on the original with President Obama and the Tea Party instead of Haacke’s Reagan. 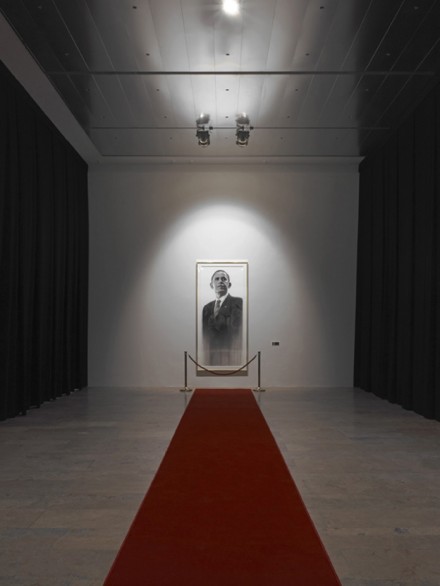 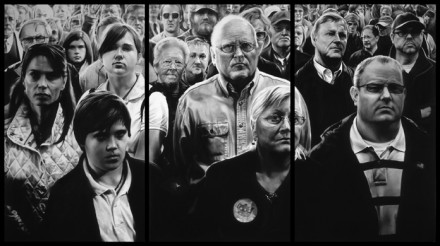 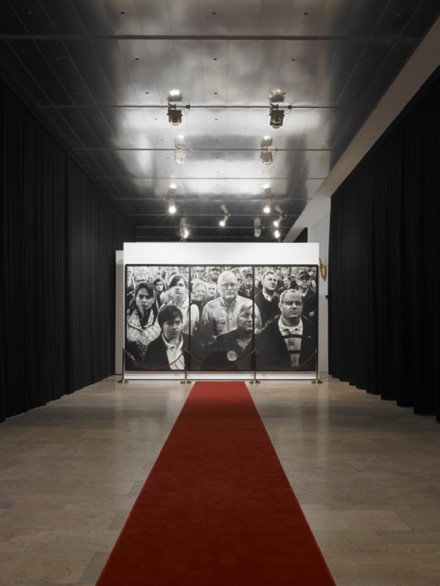 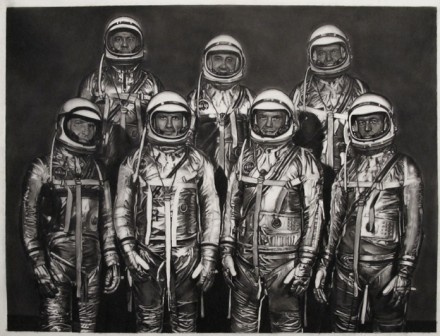 Robert Longo, Study of Astronauts (2012). Ink and charcoal on vellum

The upper balcony of the gallery is enveloped in a black curtain and is host to a series of studies that Longo titled Peep Show of American Pornography. Twenty-five medium-sized drawings of American real and reality celebrities hang alongside iconic images  of “all American” subjects such as astronauts and autos, cowboys and the KKK. 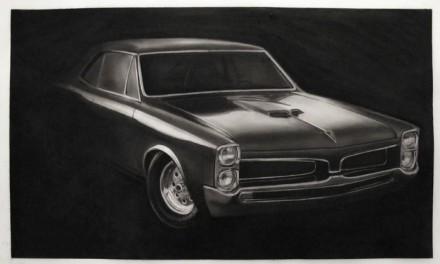 Robert Longo, Study of GTO (2012). Ink and charcoal on vellum 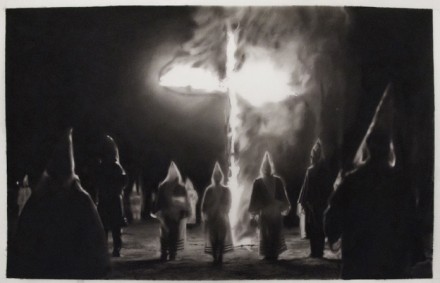 Robert Longo, Study of KKK (2012). Ink and charcoal on vellum 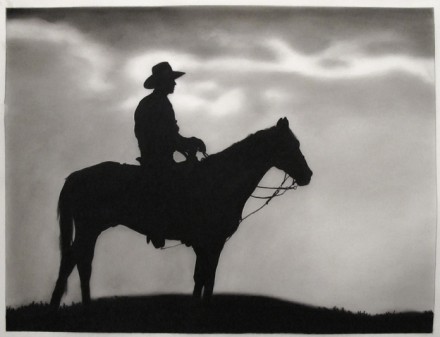 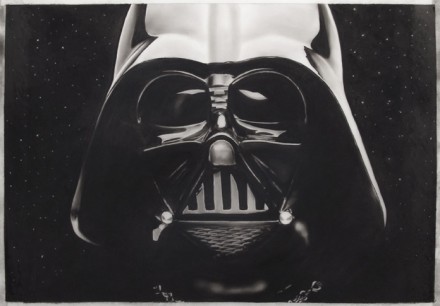 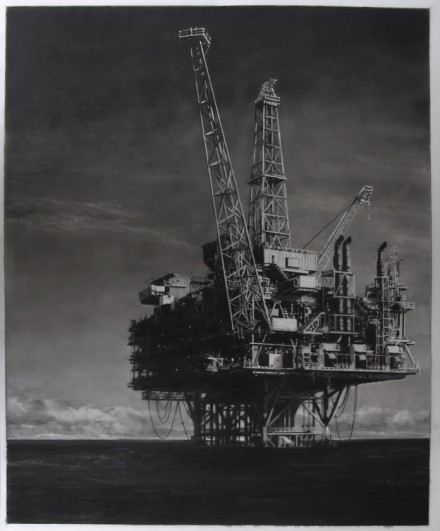 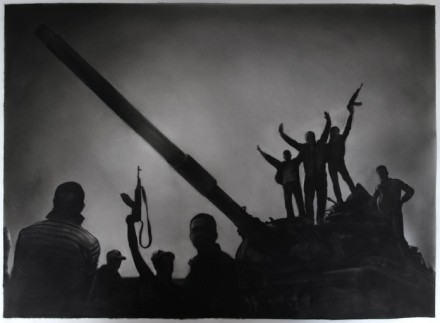 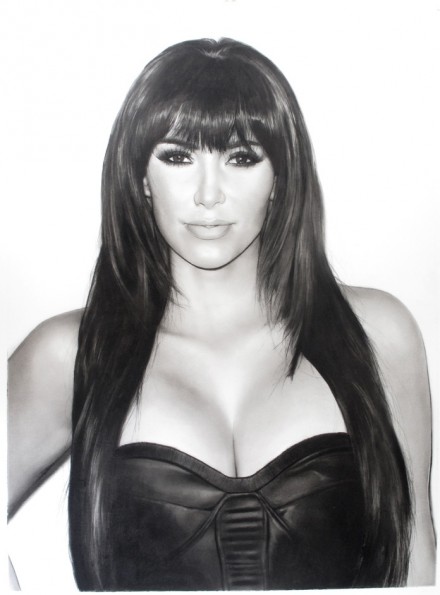 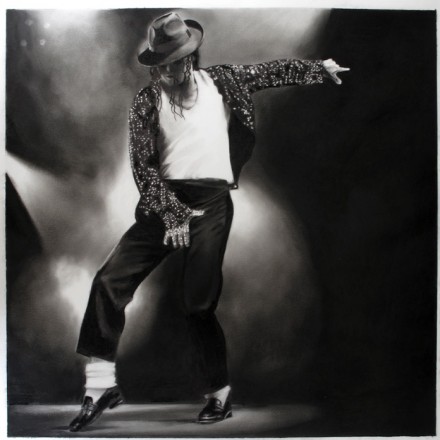 Robert Longo, Study of Imposter (2012). Ink and charcoal on vellum 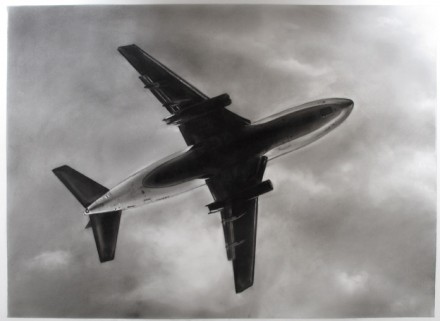 Robert Longo, Study of Plane (2012). Ink and charcoal on vellum 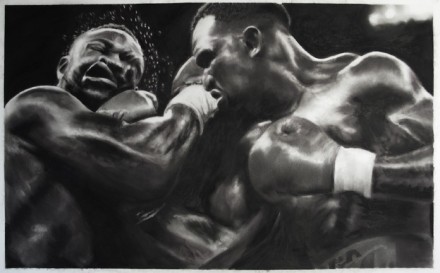 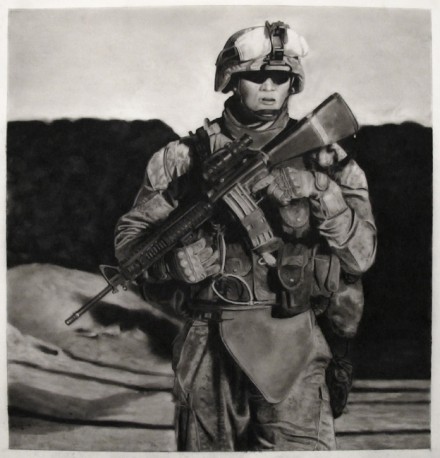 Another area of the upper floor hosts a stack of American flag posters that visitors can take home and small drawings on the walls. Three are of different slave ship decks, one is of a whale (another Moby Dick reference), and the last is a portrait of Jimi Hendrix’s guitar. 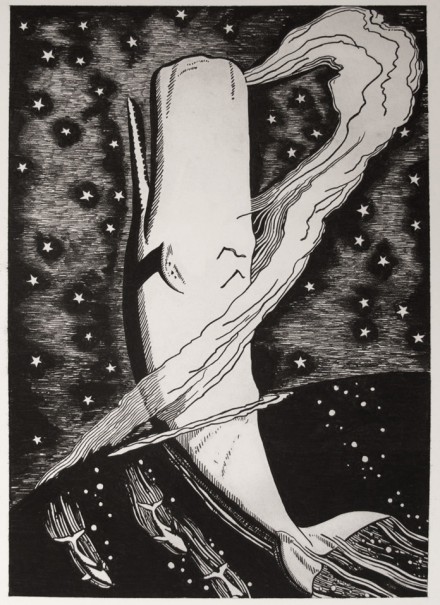 The gallery’s basement contains the remains of a performance based on Melville’s Moby Dick. Longo built a ship-deck stage with red rope railings and had 45 men and women, all dressed in black, stand in five rows each with nine people. The rows simultaneously read aloud from the book’s 135 chapters five times for five minutes. A whistle signaled the readers to begin and end, each time perfecting setting down and lining up their books and walking up the railing.

Mentioned in the press release is a quote by Nathaniel Philbrick speaking on why one must read Moby Dick. Philbrick wrote, “Contained in the pages of Moby Dick is nothing less than the genetic code of America: all the promises, problems, conflicts, and ideals that contributed to…this country’s ever-contentious march into the future.” To Longo and Philbrick, Moby Dick holds the key to gaining insight into the myths and legends that make up the American psyche and its unique enthusiasm which seems to endlessly propel it forward despite obvious setbacks.

True to Longo form and in line with the current Berlin art scene, the works in Stand represent the true power and craft of political art. Despite the possible disjointedness of  presenting such an American themed show in Berlin, Longo, through this comprehensive exhibition is able to make an impression that reaches beyond America’s borders.

This entry was posted on Wednesday, May 23rd, 2012 at 5:26 am and is filed under Art News, Go See. You can follow any responses to this entry through the RSS 2.0 feed. You can leave a response, or trackback from your own site.