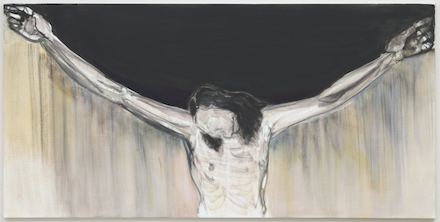 This spring at the Fondazione Stelline in Milan, Marlene Dumas celebrates the Christian season’s Resurrection by examining what came before: the crucifixion. Sorte, Dumas’ exhibition, consists of 22 works—15 of them new—plus an additional 15 historical drawings and watercolors. Per the exhibition’s press release, “[Dumas’] Milan exhibition will portray some of the themes most dear to the artist: the crucifixion, famous people linked to dramatic events, and those ‘people in extreme suffering’ who represent the humanity that is the focus of her painting.” 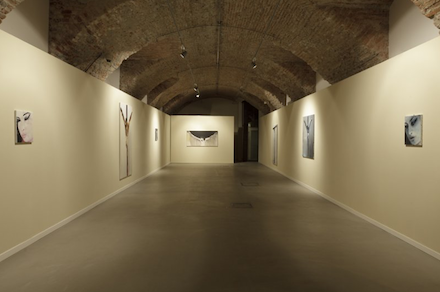 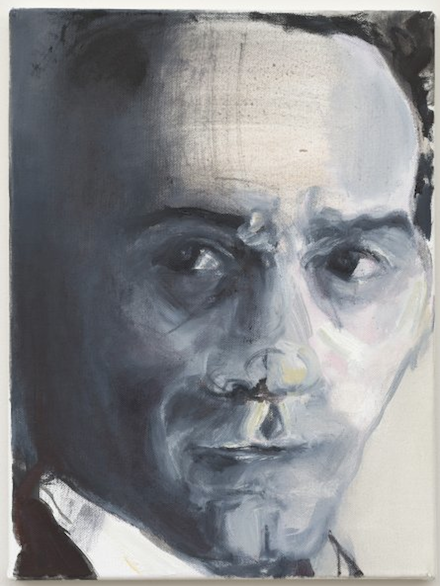 She captures the suffering she seeks to portray with broad brush strokes and a muted palette. The forms and figures in her paintings look like melting wax, drippy and sallow, while the faces in her portraits appear gaunt and humorless. From her depictions of the crucifixion (Ecce Homo and Gravita, among others) to her somber portraits, (of Italian director Pier Paolo Pasolini and pop star Amy Winehouse) there is little joy on display in Dumas’ exhibition. 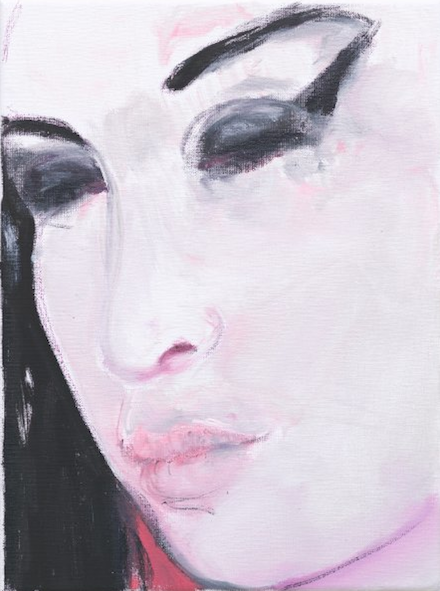 “A constant dialectic between the physical and the metaphysical pervades all the works,” says the press release. “Marlene Dumas brings us not only icons or religious symbols, but universal signs in which faith unites with tragedy and love interacts with grief.” Her two portraits of Amy Winehouse, who tragically died last July at the age of 27, explore the icon’s early death and the grief of truncated potential. 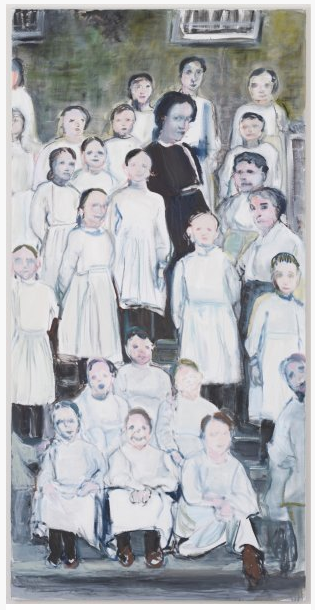 With Sorte, Dumas also pays homage to the exhibition venue itself. Three of her new works depict the space as it was before, the orphanage and boarding school Le Stelline. Dumas has used three photos from the building’s photo archives to create paintings. One, Angels in Uniform (2012), shows girls in white pinafores gathered around a mistress or caretaker for what appears to be a class photo. The contradictory nature of Dumas’ work is present here as well, for while the outfits may be crisp and one may see the hint of a smile on the children’s faces, their eyes are hollow and the palette is dark. Dumas presents “a view of [the children’s] situation that shows the harshness of their lot but also the shelter provided for them.” 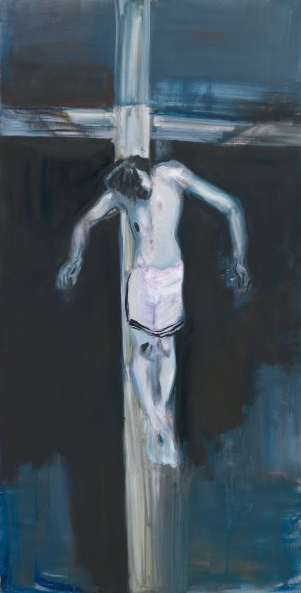 The subject matter of Dumas’ work is oftentimes religious, but her overarching message is far from pious. Instead of focusing on the holiness or divinity of Jesus Christ, she makes real his pain and humanity. As the official description of the exhibition decries, “The image of Christ forsaken…on the cross was chosen by the artist for the sense of despair and bewilderment that is felt when facing the most extreme situation of abandonment.” 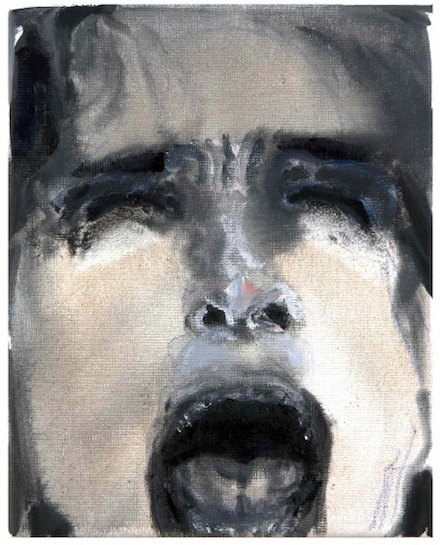 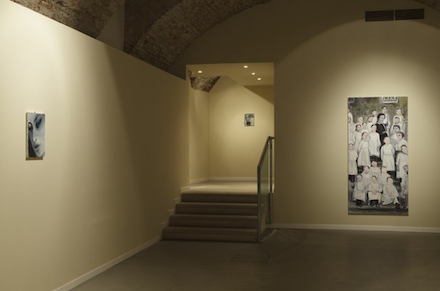 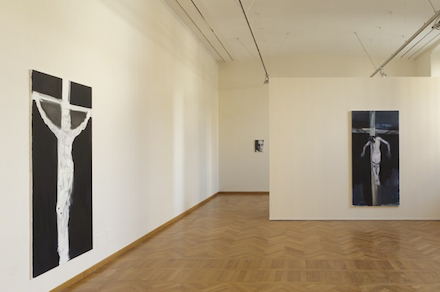 This entry was posted on Tuesday, May 1st, 2012 at 1:08 am and is filed under Events, Galleries, Go See. You can follow any responses to this entry through the RSS 2.0 feed. You can leave a response, or trackback from your own site.