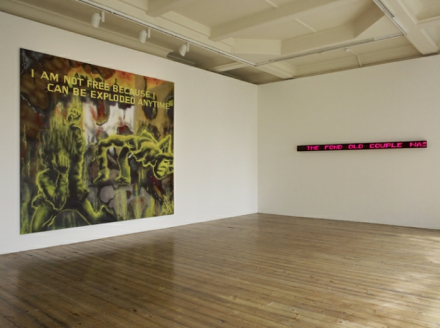 On view currently at Sprüeth Magers’s London gallery is a collection of solo works from multimedia artist Jenny Holzer, exhibiting Holzer’s unique interplay of semiotics and text used to create the art object. 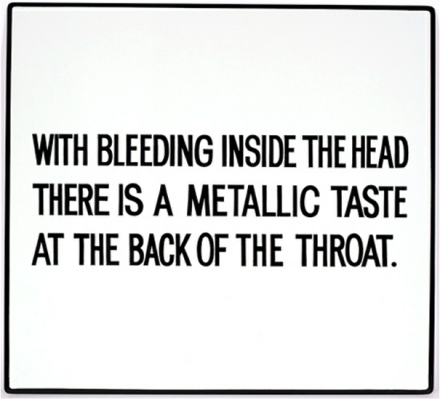 Over the course of her 35+ year career, Holzer has explored the narrative effects of text in her work, the trenchant ability of a well-placed phrase to conjure vivid imagery and challenge contemporary societal mores.  Exploring a range of cultural signifiers, Holzer uses the elements of the mundane as vehicles for her message, encoding ulterior narratives into the everyday.  The resulting dialogue between elements illicit moments of illumination, humor, and morbid fascination, occasionally at the same time. 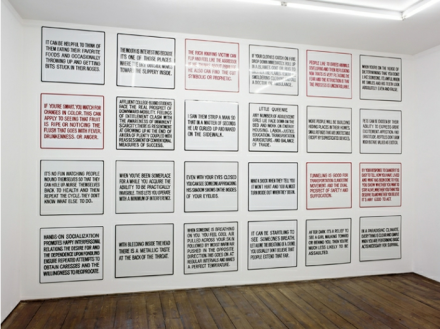 Among the pieces on view are several collaborations with graffiti artists Lady Pink and A-One, exploring the nature of control, death and fear acting on the public in a world of nuclear proliferation.  Blending sharp, pointed words with lush colors, the works create immediate impacts, and show an elaborate departure from Holzer’s other exhibited work, while still maintaining her signature style.  The show also features a number of carved plagues and cement benches, subtle nods to the cultural architecture of death, as well as her signature scrolling LED lights and text paintings. 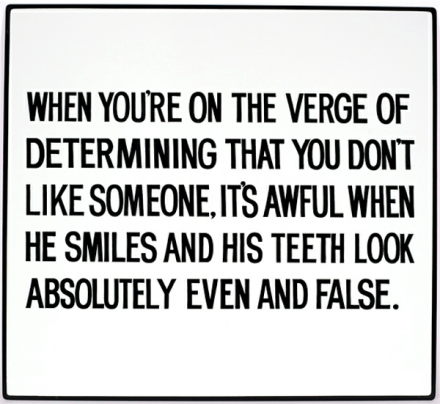 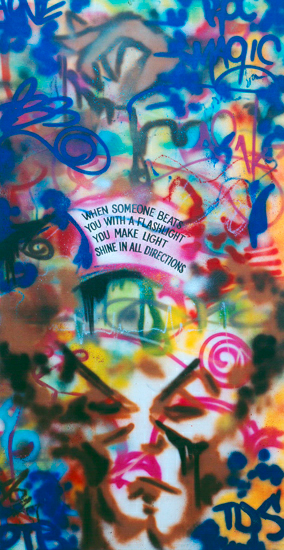 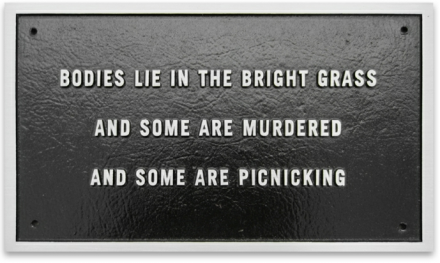 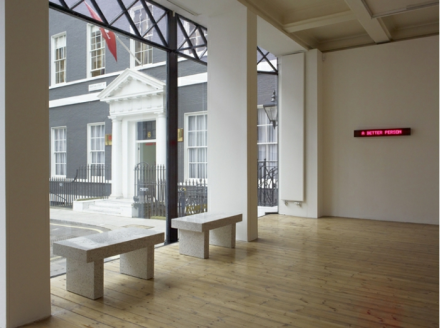 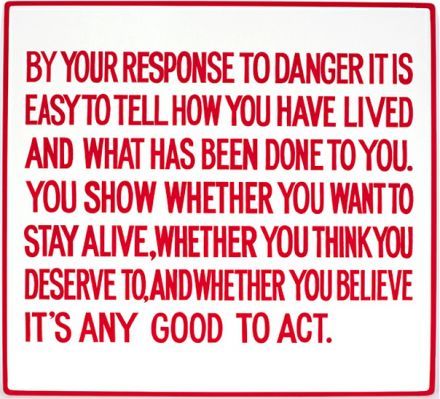 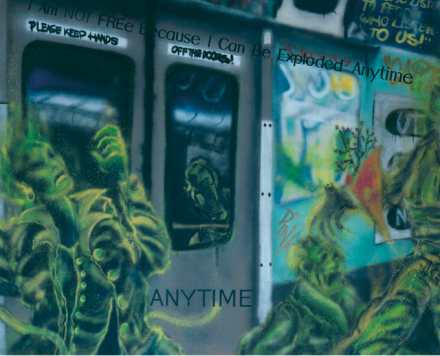 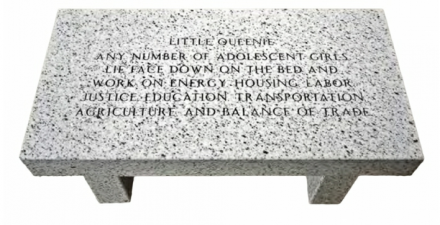 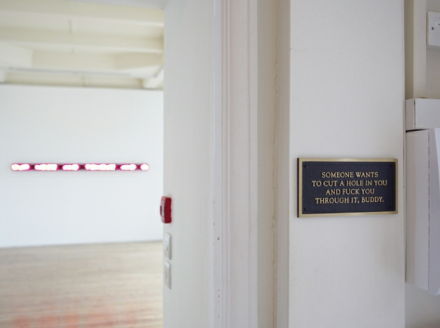 This entry was posted on Tuesday, July 10th, 2012 at 9:26 am and is filed under Art News. You can follow any responses to this entry through the RSS 2.0 feed. You can leave a response, or trackback from your own site.