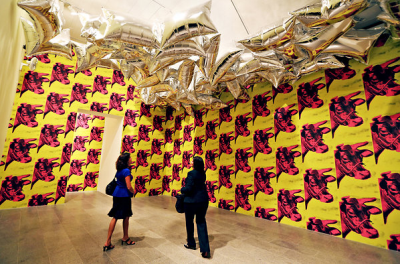 “Regarding Warhol: Sixty Artists, Fifty Years” is a group show at the Metropolitan Museum of Art that juxtaposes fifty Warhol works with one hundred of those by his peers and successors. The show attempts to capture the scope and breadth of Warhol’s impact on contemporary art history. Presented 25 years after his death at the age of 58 in 1987, the exhibition showcases the works of both artists who have risen to fame after Warhol’s death as well that of his contemporaries. Some of the artists included are Maurizio Cattelan, Damien Hirst, Jeff Koons, Robert Gober, Takashi Murakami, Cindy Sherman, Ed Ruscha, Alex Katz, Anselm Kiefer and Gerhard Richter. 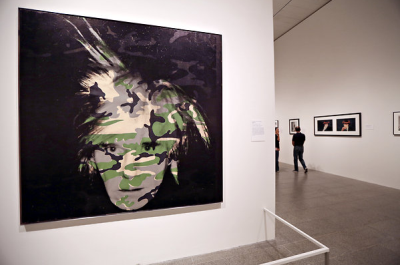 Structured into five thematic sections, the exhibit demonstrates how other artists have reinterpreted, responded and reacted to Warhol’s work.

Starting with Warhol’s fascination with the commonplace, mass-market, and consumerist image, “Daily News: From Banality to Disaster” explores how later artists have appropriated images from popular culture and elevated them to the level of fine art. Ai Weiwei’s Neolithic Vase with Coca-Cola Logo skirts the lowbrow, while Tom Sachs’ Chanel Chain Saw, skillfully crafted from the luxury brand’s paper bags, represents the opposite end of the spectrum, both critiquing and questioning the nature of art’s firm entrenchment within pop culture. 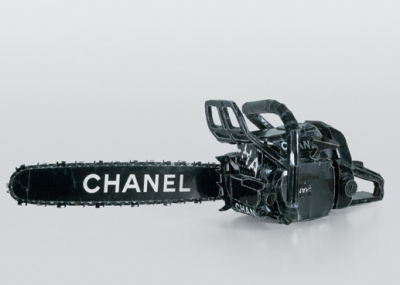 “Celebrity and Power” tackles Warhol’s involvement with portraiture and his fascination with celebrity. His iconic motifs of Jackie, Elvis, and Marilyn are exhibited side by side with Chuck Close’s sleek photo-realist canvas of the composer Philip Glass and Karen Kilimnik’s representation of Paris Hilton as the irreverent queen in Marie Antoinette out for a walk at her petite Hermitage, France, 1750. A glittering Diamond Dust Joseph Beuys is compared with the equally flashy Michael Jackson and Bubbles by Jeff Koons. 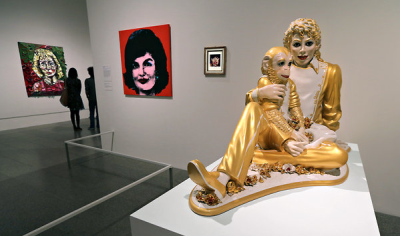 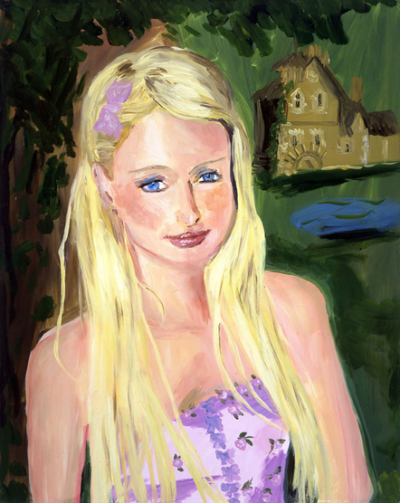 Image: Karen Kilimnik, Marie Antoinette out for a walk at her petite Hermitage, France, 1750, 2005, The Metropolitan Museum of Art 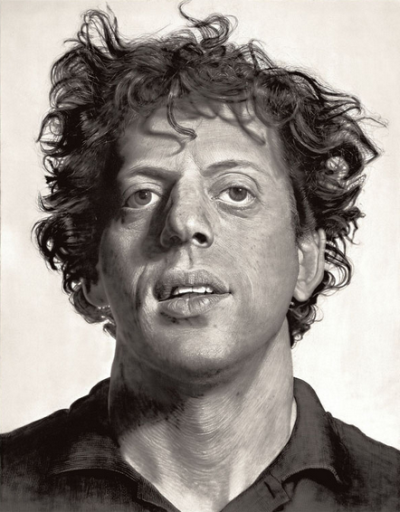 Warhol’s groundbreaking attitudes regarding sexuality and gender identity are broached in “Queer Studies: Shifting Identities” and showcases a sampling of artists for whom his work blazed a trail: Richard Avedon, Robert Mapplethorpe, Nan Goldin, and Catherine Opie.

“Consuming Images: Appropriation, Abstraction, and Seriality” presents Warhol’s obsession with repetition. This is evident in both his technique (his iconic implementation of the grid) and in practice through his appropriation of art historical and other pre-existing imagery. Though disparate images, Richard Prince’s snarky Drink Canada Dry and the serial nature of the wrought curves in Christopher Wool’s Untitled (1988), address the duality of the theme. 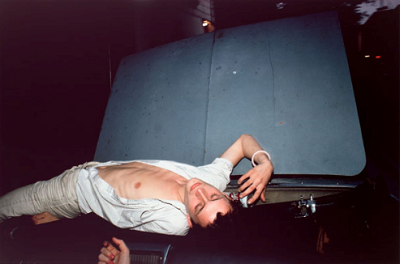 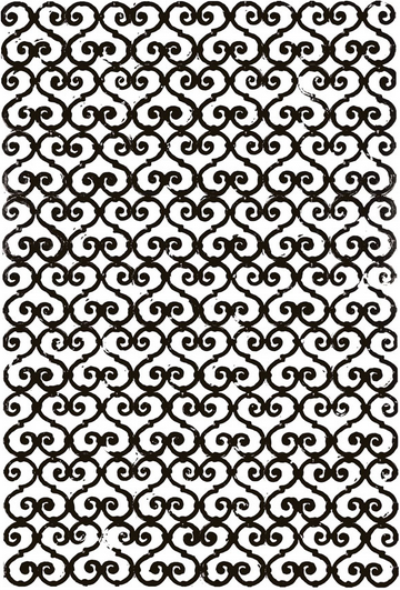 The final gallery, “No Boundaries: Business, Collaboration, and Spectacle” speaks to Warhol’s interest in creating art through a myriad of media, whether it be his development of Interview Magazine, his collaboration with the Velvet Underground, film making or environmental installations. The final room of the exhibition is plastered with Warhol’s Cow Wallpaper, where visitors are invited to help keep afloat his buoyant helium-filled silver pillows. This piece is installed as it was seen in his 1966 show at the Leo Castelli Gallery. Just on the other side of the wall, Takashi Murakami’s Cosmos is splashed across an expanse, and in tandem with Polly Apfelbaum’s Pink Crush velvet rug creates a space just as busy and consuming. 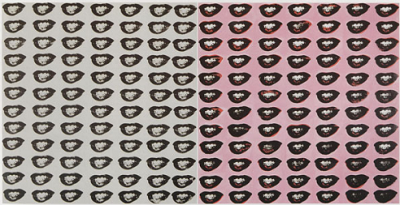 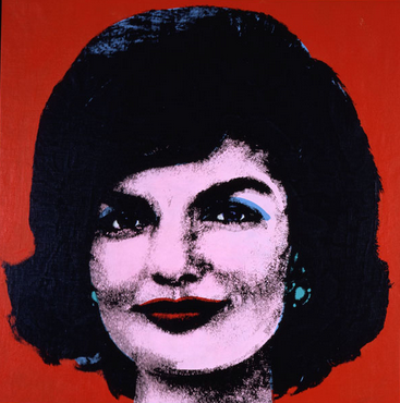 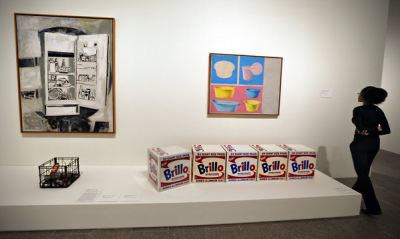 The show was organized by Mark Rosenthal, an independent curator, in conjunction with Marla Prather, a curator of modern and contemporary art at the Met, and Ian Alteveer, an assistant curator. To quote the artist himself, “They always say that time changes things, but you actually have to change them yourself.” “Regarding Warhol” reflects on the changes effected in the 25 years since his death.

This entry was posted on Thursday, September 27th, 2012 at 1:06 am and is filed under Art News, Go See. You can follow any responses to this entry through the RSS 2.0 feed. You can leave a response, or trackback from your own site.