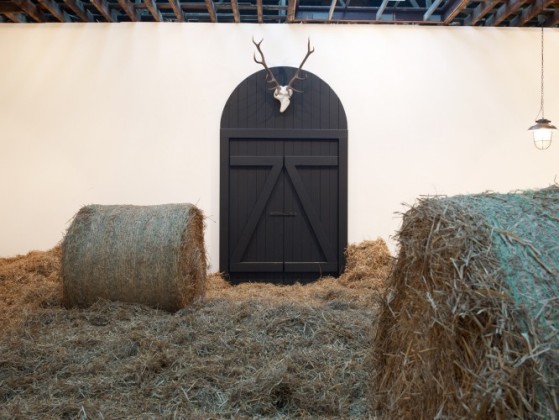 Elmgreen & Dragset’s Harvest is a unique twin exhibition divided into two coexisting halves, presented on the upstairs and downstairs of the Victoria Miro gallery in London.

The lower half of the gallery presents a banal, almost “mock tranquillity”, exhibiting sheets of paint that have been carefully peeled from notorious art galleries from all over the world and are named retroactively. The works both pay homage to the galleries’ ability to facilitate the work, yet simultaneously mock the uniformity and pedantic nature of art culture. The installation on this floor plays on the irony of a modern art exhibition space: consistent, precise, conforming; yet the works that lie within are anything but.

To reinforce the subliminal jest upon which Elmgreen & Dragset have built their career, the upstairs of the installation is completely paradoxical to the work from which it ascends. What can only be described as a barn awaits the unaware viewer, the immediate submergence of hay forcing him to interact with the installation.

Michael Elmgreen was born 1961, in Copenhagen, Denmark and Ingar Dragset, Elmgreen’s artistic counterpart, was born 1969 in Trondheim, Norway. Their mixed-media partnership began in 1995 where they came to practice in Berlin (though Elmgreen currently resides in London), exploring the syndicate nature that exists between architecture and the visual arts. Their practice relates culturally and morally to society; e.g. their renowned work featuring a young male astride a rocking horse on the fourth plinth in Trafalgar Square. 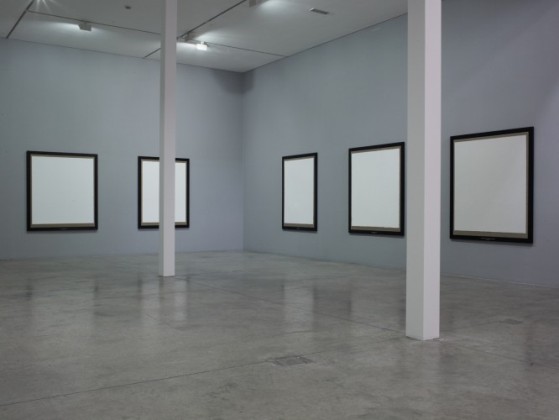 The juxtaposition of the white paintings (clearly a reference to Robert Ryman’s work) with the sculptures hints at a surreal wit and a non-serious approach to life that is both harmonious and reassuring. The gallery states that the “the canvases also serve as signifiers of how such institutions figure in art-world consciousness as a locus of desire”. Elmgreen & Dragset’s body of work is characterized by this type of reflection on academic and art-historical matters with a meta awareness that erases the need to take themselves too seriously.

The “barn” space is particularly suited to the exhibition’s title, Harvest. The interior is cleverly composed and choreographed to appear like an exterior space. The hay seems to alter the atmosphere in both a physical and literal way rather than just serving as an aesthetic: it evokes a location, with sensory cues (scent) and changes in the light, altering the air itself to a more humid state, fully submerging the viewer in the false environment.

Individual works that are rurally symbolic, are composed within the installation in such proximity that the collection takes on an overtly cliché tone. The implicitness of such a cliché appears purposefully sarcastic and ironic. 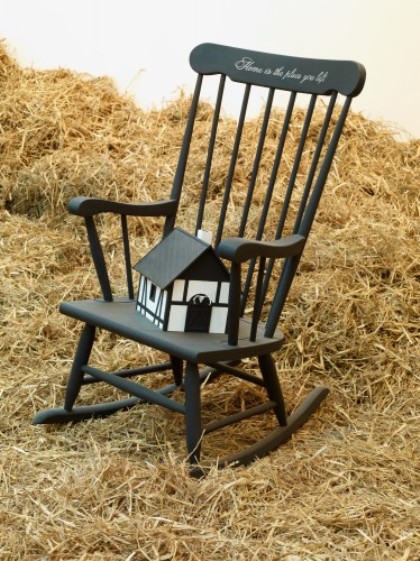 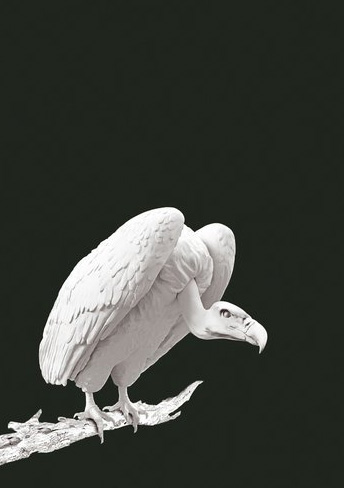 The Critic, a sculpture of a white vulture perched on a branch overlooking the gallery, peers  in a menacing manner at a young boy positioned on a high ledge and somberly gazes at the ground below.  The German word “KUNST” (art), is spelled out in black timber, mimicking the supports of the building. At a distance, it is not immediately obvious that the black beams are not in fact simply emblematic of rustic supports; however on closer inspection the word leaps out at the viewer in a paradoxically direct manner as if mocking the onlooker and therefore the entire exhibition. 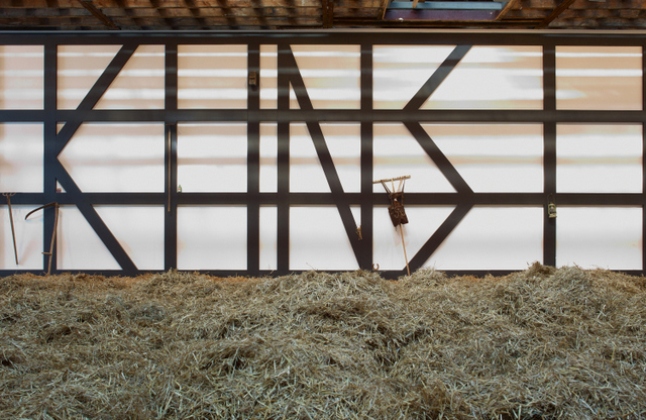 The exhibition is extended to downstairs gallery whereby a supposed “donation” box sits among the canvases. However, the box is once again a ploy, simultaneously tricking softly humiliating the viewer. Amid the donations lies a rather obvious shoe sitting humbly among the works. 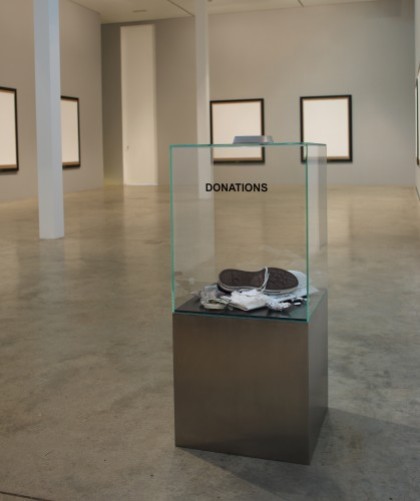 Despite the various hoaxes, the exhibition bestows somewhat of a quiet contemplation on its guests. The sorrowful poise of the sculpture of the young boy, which is at the heart of the collection, halts the reverberating laughter and maintains the tone of a typical gallery space. 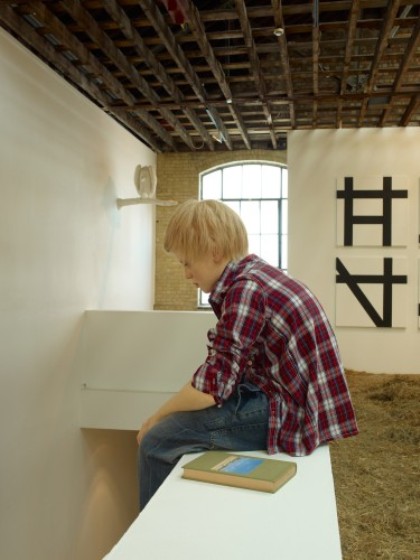 This entry was posted on Sunday, October 14th, 2012 at 6:12 pm and is filed under Art News, Go See. You can follow any responses to this entry through the RSS 2.0 feed. You can leave a response, or trackback from your own site.