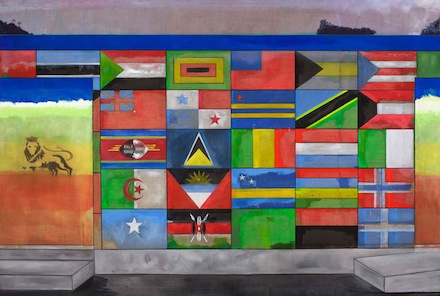 In the inauguration of Michael Werner Gallery’s new location, an exhibition of new works by Turner Prize nominee and Wolfgang Hahn Prize recipient Peter Doig opened on September 27th (his first solo exhibition in London since 2008) at 22 Upper Brook Street in Mayfair, London.

Scottish artist Peter Doig was raised in Canada and moved to London when he was 20 years old to study painting. In 1994, at the age of 35, he was nominated for the Turner Prize and from 1995-2000 he served as a trustee of the Tate Gallery. He was awarded the Wolfgang Hahn Prize from the Society of Modern Art, Museum Ludwig, Cologne in 2008, and later that year his work was exposed in a career survey exhibition at Tate London. Since 2002 he has lived in Trinidad where he set up a studio at the Caribbean Contemporary Arts Center near Port-of-Spain. 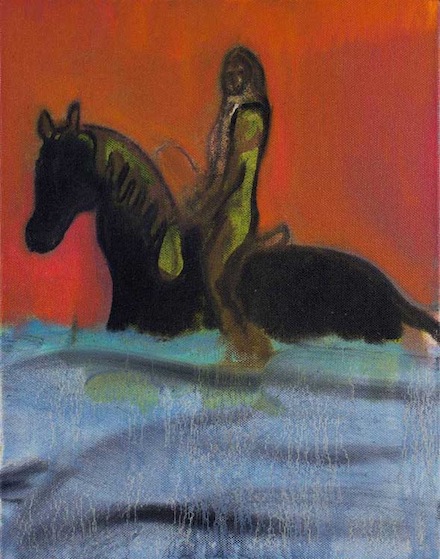 The exhibition consists of all new paintings, proving Doig’s commitment to progress and experimentation with the medium of paint that he is known for. He continues to explore an often somber, contemplative feeling with new depth. Dreamy, nostalgic scenes with ghostlike figures are depicted with rich, vibrant color dulled with a variety of grays. His works are frequently based on found photographs, sometimes his own. However, as he expressed in a 2008 interview for W Magazine, his paintings “make no attempt to reflect setting.” In this exhibition of new work, Doig continues to innovate his unique expression of memory, through abstraction of tranquil landscapes contrasted with uneasy moments, using the medium in inventive ways. 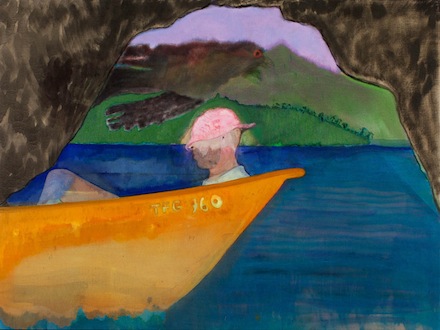 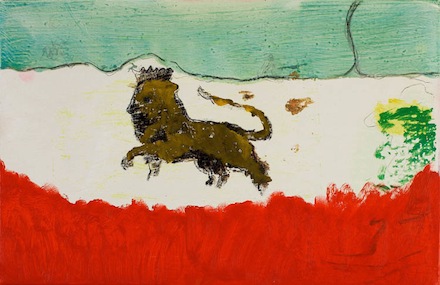 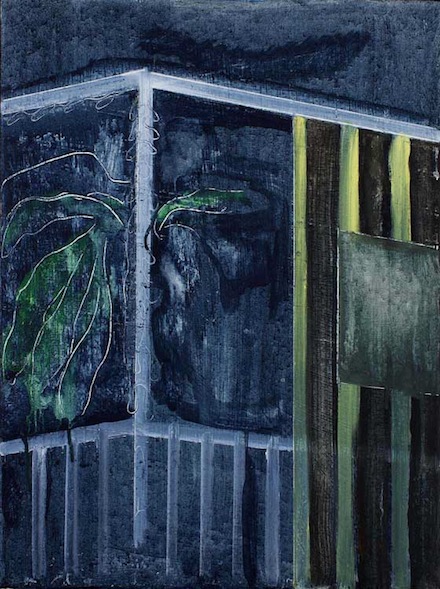 This entry was posted on Thursday, October 11th, 2012 at 1:24 am and is filed under Art News, Go See. You can follow any responses to this entry through the RSS 2.0 feed. You can leave a response, or trackback from your own site.