New York City – Galleries, Artists and Museums Clean Up and Recover from Hurricane Sandy as Power is Restored: Ways to Help 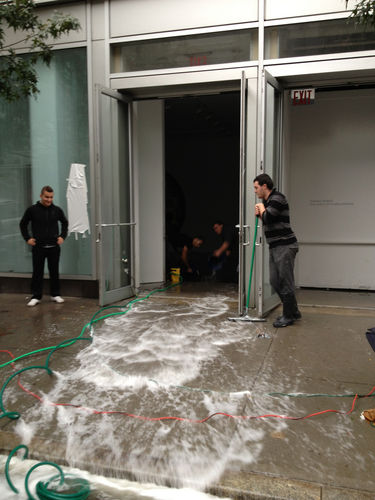 As galleries in Chelsea, the Lower East Side and Brooklyn regain power and cleanup begins, reports about the extent of the damage are slowly emerging. Basements flooded and water surged into first floor spaces, often several feet high, damaging everything. Several galleries had just mounted new shows, and some, like Andrea Rosen, were about to inaugurate expanded or newly acquired spaces.

Major museums closed, and some quickly reopened, giving people a place to gather and power up – like MoMA/PS 1 – or just a respite from the storm – like the Met. The New Museum was in the part of Manhattan without power and just reopened in the past day.

In Red Hook, artist Dustin Yellin lost everything – artwork, including early pieces, as well as recent renovations completed on the $3.7 million building that houses the The Intercourse, a non profit hub for artists through exhibitions, studio residencies, magazine and lecture and workshop series that opened earlier this year. 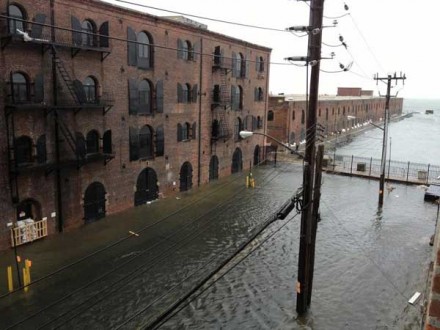 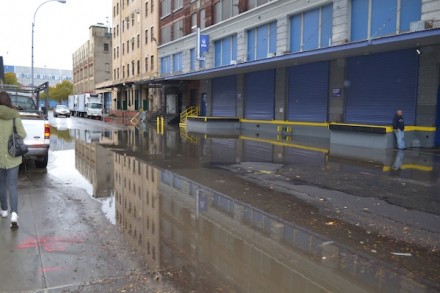 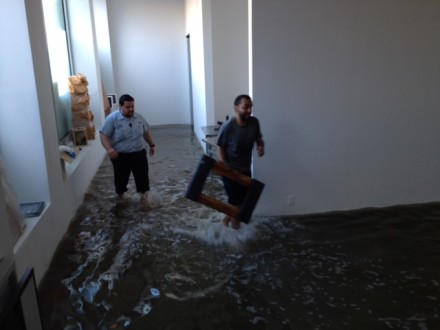 I-20 via NY Observer

Flooding from Hurricane Sandy has destroyed not only artworks, but also archives, libraries and the galleries’ histories. Auction houses have delayed some sales; openings, galas and inaugurations have also been put hold. 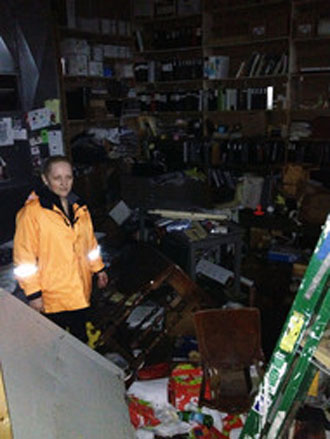 Institutions like MoMA are holding emergency seminars about conservation to help galleries salvage what is possible. Many smaller galleries with limited space and without the resources to move artwork off site have suffered catastrophic losses, which their insurance policies may or may not cover. Despite the loss of irreplaceable artwork and archives, galleries have begun to reopen and some, like David Zwirner, have expressed their confidence in a strong recovery. 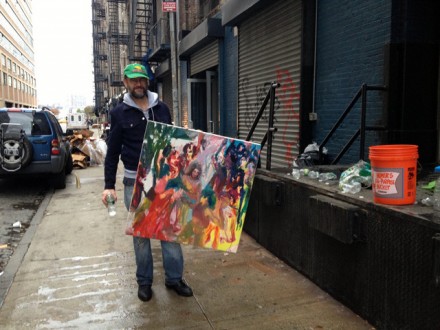 The Rockaways were hard hit as well, and curator Klaus Biesenbach, in conjunction with several artists such as Doug Aitken, Matthew Barney, Tauba Auerbach and Marina Abramovic, issued a letter to the NYC government stating that as the area is an “incredible inspiration and haven for the artists and creative community of New York”, and that New York’s artistic community was thankful for the city’s response to “save our city and to encourage the creative communities in New York to invent exemplary ways of helping our neighbors and fellow New Yorkers”.

Even larger galleries that did not suffer damage to artwork have significant damage to property and will almost certainly incur significant expenses in repair and renovations. 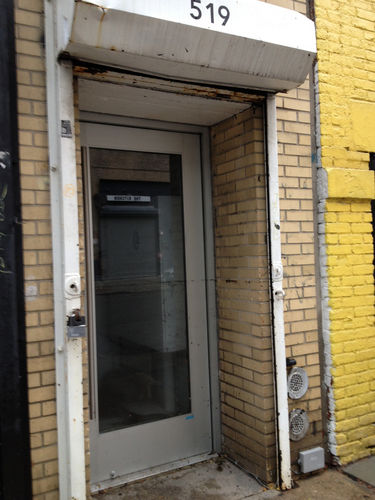 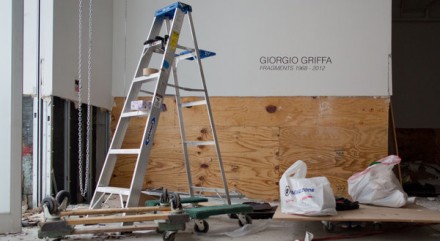 Below is a list of organizations where you can offer help to the art world or get emergency aid.

This entry was posted on Saturday, November 3rd, 2012 at 10:36 pm and is filed under Art News. You can follow any responses to this entry through the RSS 2.0 feed. You can leave a response, or trackback from your own site.

One Response to “New York City – Galleries, Artists and Museums Clean Up and Recover from Hurricane Sandy as Power is Restored: Ways to Help”