Paris – ‘Liam Gillick: Sit in the Machine’ and ‘Florbelle (After Sade): Group Exhibition’ At Air de Paris Through December 3rd, 2012 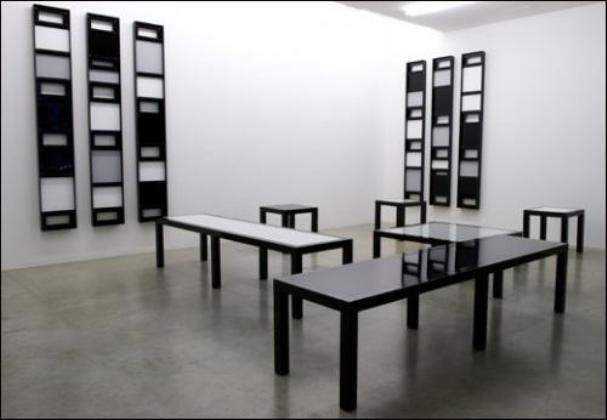 Currently held within Air de Paris are two simultaneous complimentary exhibitions. Liam Gillick is responsible for a series of works entitled Sit in the Machine, which features two contradictory films detailing a glamorized yet banal setting regarding the mechanics of car manufacture. Intertwined with the exhibition is a relaxation area that mimics the workers’ rest areas at the factory. Gillick thus constructs a social act, relying on the spectators’ interactions, creating a nonobjectual relational experience. 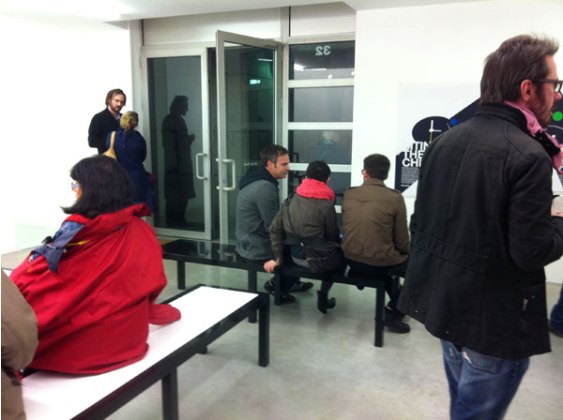 Florbelle (after Sade) is based on the Marquis de Sade’s novel Les Jounrnees de Flornele ou La Nature devoilee (The Days of Florbelle; or Nature Unveiled). The work documents the notes that the author made in regards to suggestions by others regarding his writings. The annotations are directed to himself in a manner that suggests that they are written from an outside perspective. They also depict very little, if any, information about the book’s content; e.g. “Take out, add, intensify, pare down, remember” etc. Sade’s extracts, though seemingly ambiguous to the audience, are informative in association to the technicalities of the novel. They detail word counts, target dates, required actions; they give the onlooker an insight into the process of Sade’s construction and provide the author with a visualization of the latent outcome of his impending self instructions. 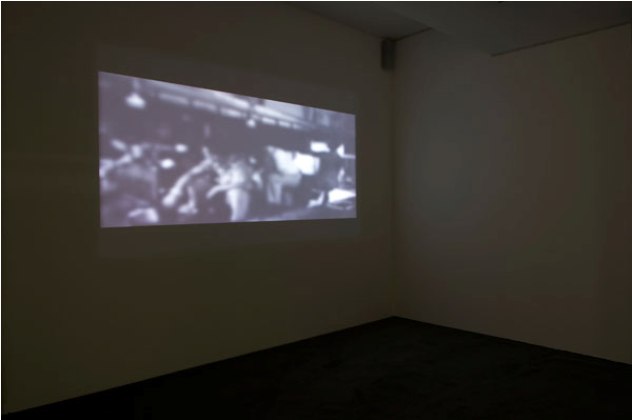 The exhibition in its entirety however, is actually a group show, using Sade’s articulation of processes as a theme for the collection of works. Many artists collectively exhibit a visual representation of their methodology, offering up preliminary versions of their works. The primal oeuvre of the show ties in seamlessly with Gillick’s references to production and provide the audience with a critical distance from which it can relate to the exhibition’s content. 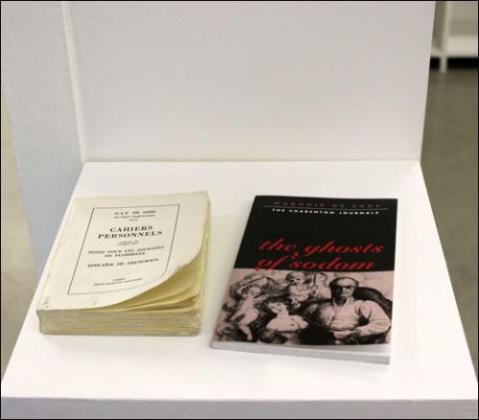 Gillick has based one of his films on a video tour of the Kalmar Volvo Factory shot in the 1970s. The format of the documentary is intentionally idealized and consequently artificial. The superficial factor of the piece juxtaposed alongside the raw footage  of a simultaneously displaced film of workers inside a metal machine press arduously having to bend each the press lowers, emphasizes the physical exertion that goes into manufacture opposed to the flawless, unspoiled final product. The ‘rest space’ offers respite and a tranquil surrounding for the viewers to contemplate the works in order to make sense of their ambiguity. Situated around the space are posters advertising the films in question and also advertising the artist’s forthcoming book, Construction of One, which currently stands at 45,000 words. These advertisements draw a direct link with Sade’s book and the conjoined group exhibition. 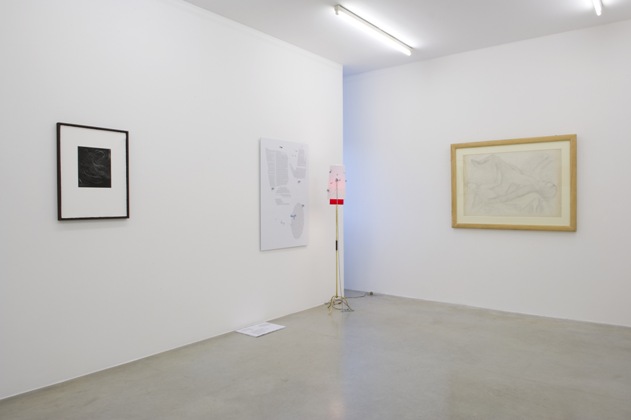 Virginia Overton, who is exhibiting a black and white photocopy of her hair as part of Sade’s exhibition, is almost an anomaly amidst the other more aesthetically unappealing works. The black and white image seems almost too refined to be a product of her production process rather than a polished, finalized work. Nevertheless, the photocopy is actually the beginning of her journey and simply a 2D necessity required to construct her 3D installations, which are typically comprised of masculine looking ‘barriers’, i.e. pipes. The delicate, ethereal image of her hair is much softer and more feminine.  As Overton progresses towards her final work, she makes use of a color photocopy of her hair to develop translucent plastic sheets that she eventually wraps round fluorescent lights, a medium with which he would be more readily associated. This insight into her process seems somewhat surprising when considering her final pieces, yet it is equally imperative when examining hers – and other artists’ – works. 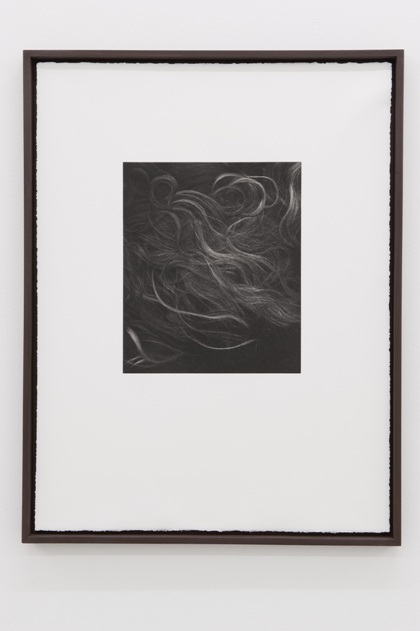 Gillick demands that we ‘think about the questions of production in a broader context’, implying that the motives that exist behind contemporary works are as implicit as the final piece itself. He is evoking questioning and interaction from the audience, using the viewers themselves as a medium as a part of his process. 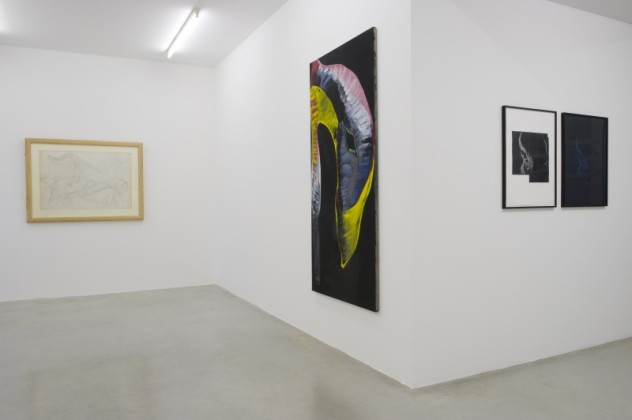 Gillick, born in 1964, is a one of the YBA – Young British Artists who currently resides in New York. He is often associated with the famous 1996 exhibition, Traffic. It is this ongoing ‘relationship’ that Gillick forms with the viewers via visual articulation of process. He appears to be driving conceptual art into a new era of an ironic ‘primal discovery’ that underpins his methodology and the way in which one must approach contemporary art. 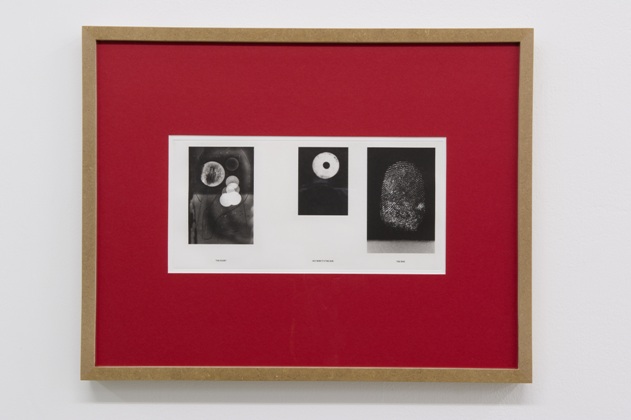 This entry was posted on Friday, November 23rd, 2012 at 2:55 am and is filed under Art News, Go See. You can follow any responses to this entry through the RSS 2.0 feed. You can leave a response, or trackback from your own site.