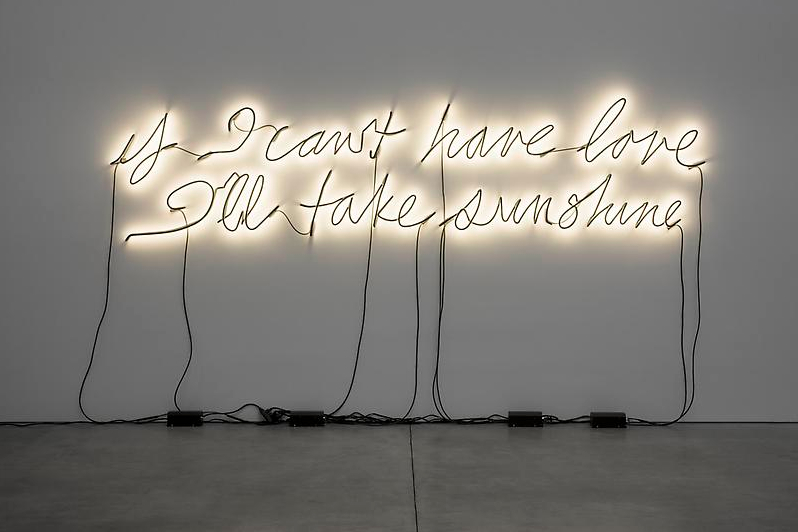 Currently on display at Luhring Augustine in Chelsea is Glenn Ligon: Neon, his first solo exhibition at the gallery. Over the past seven years, Ligon has created these neons, which relate to his famous text paintings that he created back in the 1980s. The pieces address a variety of historical, social and political issues, all with the underpinning of the use and re-use of language. 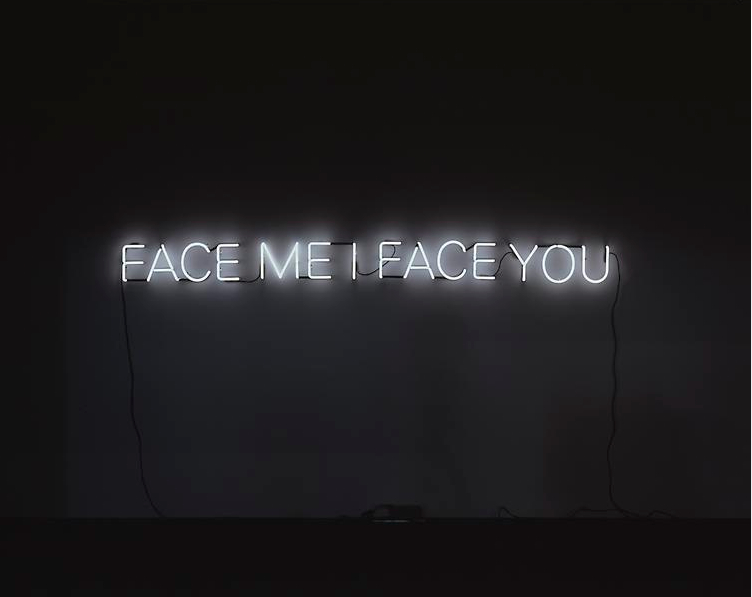 Noteworthy are a variety of influences, some of which are directly seen in works included in this exhibition. Bruce Nauman and Gertrude Stein are two of these sources of inspiration. Bruce Nauman’s influence is clear, especially since he is so well known for his neon sculptures. Two of Ligon’s pieces in the show directly correspond to Nauman’s works, even directly quoting him at times. Ligon’s first neon piece ever created, “Warm Broad Glow” from 2005, directly quotes Gertrude Stein. Ligon often has taken inspiration from famous authors in his artwork. His text paintings from the 1980s, where he quoted renowned writers such as Mary Shelley and Zora Neale Hurston, became his most well-known series. 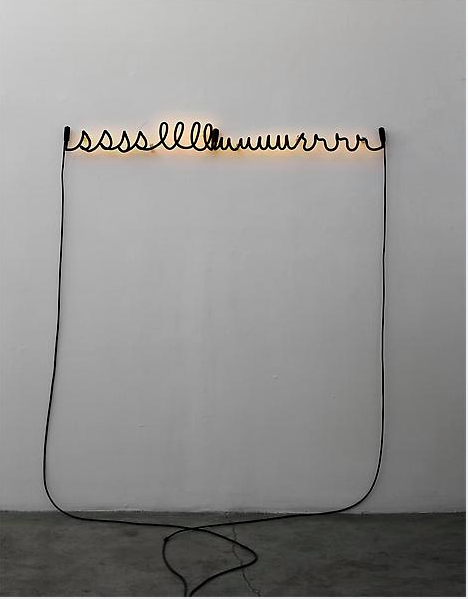 What makes these neon works provocative apart from the actual wording Ligon uses is the fact that he often paints over the front of the letters with black paint. The resultant effect on the text is that it is at once highlighted and darkened, recontextualizing the language completely. Others are instead in dark rooms and are made of white neon letters, as the viewer becomes totally encapsulated in the work once he steps inside the separate rooms. 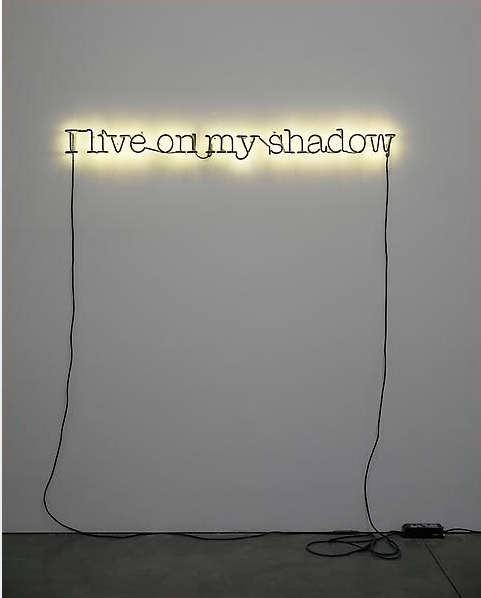 Glenn Ligon, “Untitled (I live on my shadow),” 2009, Neon and paint, Courtesy of Luhring Augustine 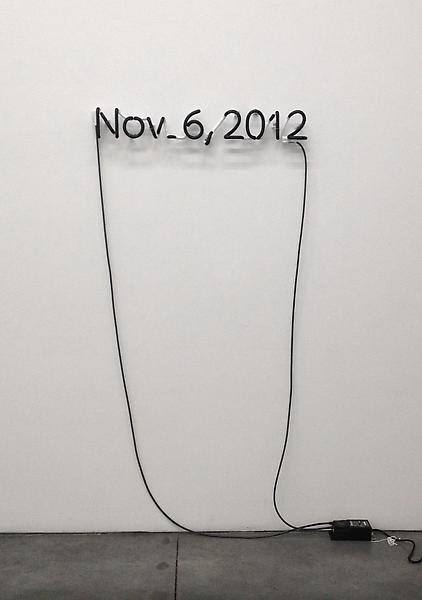 When the show opened, the piece One Black Day displayed “Nov. 6, 2012″, written in neon cursive. It was lit only on election day, and will never be illuminated again. 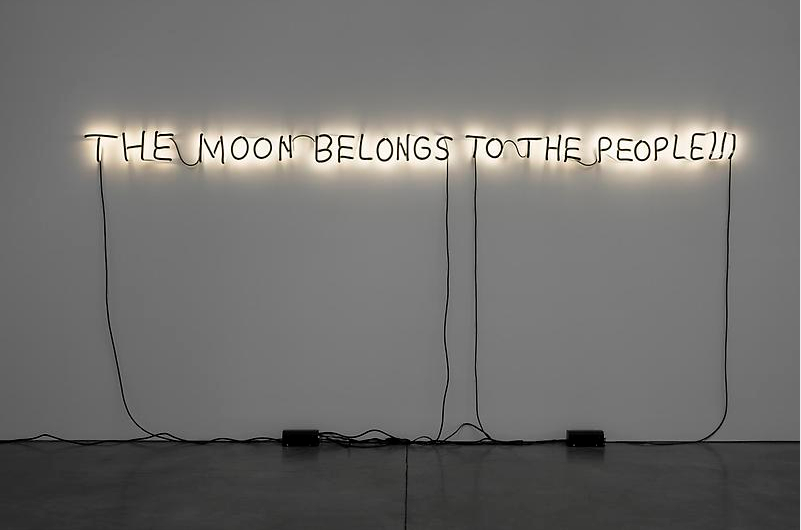 Glenn Ligon: Neon will be on display at Luhring Augustine in Chelsea until January 19th, 2013.

This entry was posted on Wednesday, December 26th, 2012 at 2:54 am and is filed under Art News, Go See. You can follow any responses to this entry through the RSS 2.0 feed. You can leave a response, or trackback from your own site.