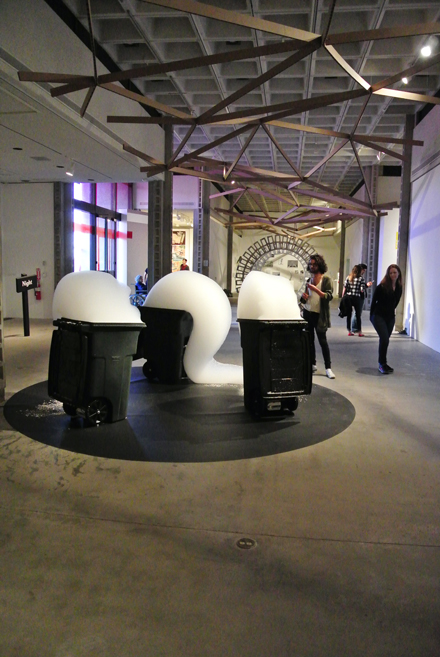 Los Angeles’ Municipal Art Gallery recently exhibited Lost in LA, a group show featuring artists of both American and French origin working in a collaborative dialogue. The immensely popular television show “LOST,” which throughout the last decade acted as both a source of inspiration and speculation for these artists, serves as the backdrop to the themes presented in the exhibition. 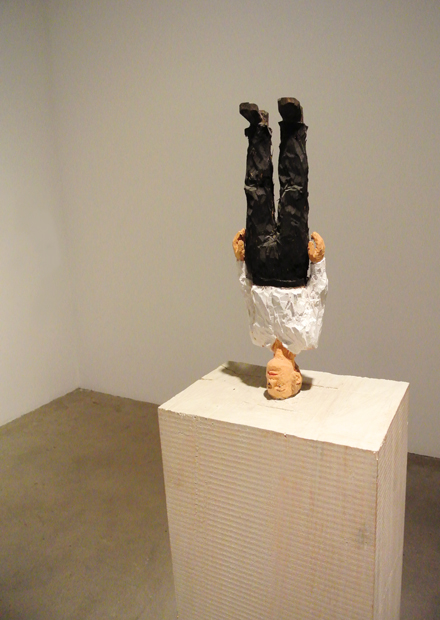 As much as the television show explored a group of people being displaced on an uncharted island, the exhibition showcases artists that explore the nature of being”lost” within the heart of a major city; being close to a hub of civilization yet feeling simultaneously alienated from the vast majority of it. Moving through the gallery reveals works that seem trapped in specific moments of space and time, and explores how these very moments connect to form a unique form of sublimity. 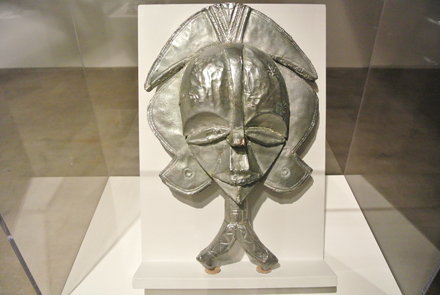 The exhibition notably features work by artists such as Stephan Balkenhol, a German-born artist concerned with sculpting almost exclusively in wood. His piece Man Standing on His Head, is a frank work that is concerned less with the beauty of the human figure than with the space it occupies.  Also of note are works by French native artist Philippe Mayaux. His work is presented interposed with both resin sculptures and tempura paintings.  Both styles serve to highlight their contrasting elements, while simultaneously weaving together a type of surreal narrative. His work is raw and apocalyptic, and startles just as much as it fascinates. 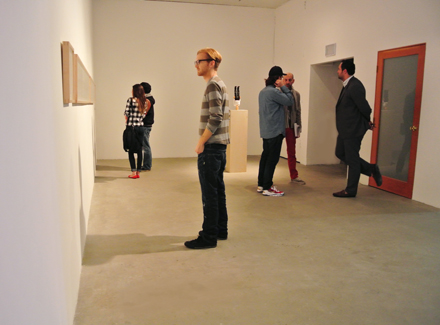 Los Angeles artist Marnie Weber’s series of sculptures entitled Picnic King Scarecrows, confronts the viewer with visualizations of Frankenstein-esque characters trapped in time, and are formed mainly of found objects but particularly using vegetables. Working as a musician as well as a sculptor, Weber’s work interlaces musical themes into a visual narrative. 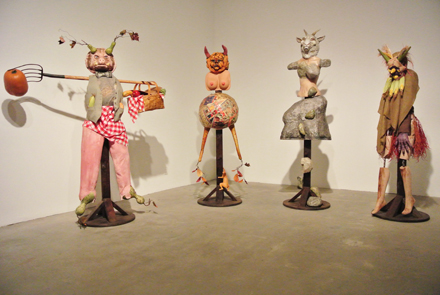 Featuring over 30 artists in total, Lost in LA presents a dynamic commentary and challenge that transcends the pop-culture narrative of the show “LOST,” and explores the nature of humanity’s place between nature and civilization, as well as the subsequent meanings drawn from this juxtaposition. 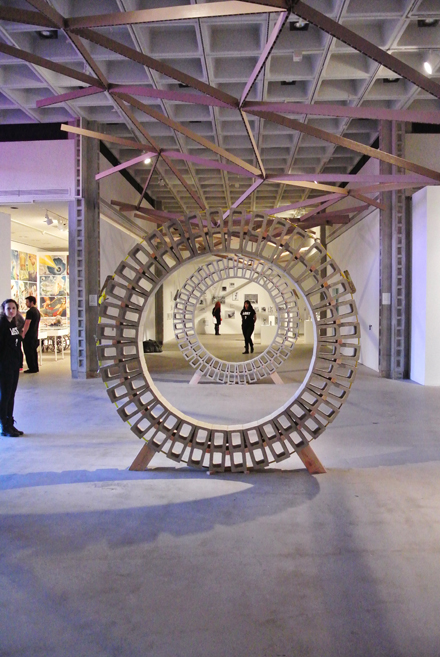 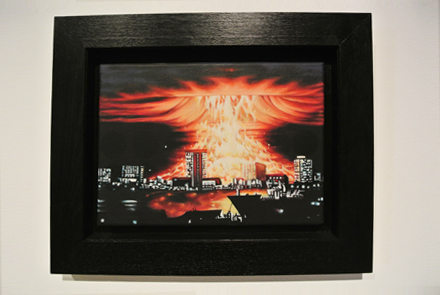 All images by David Furnal for Art Observed

This entry was posted on Wednesday, January 30th, 2013 at 11:43 pm and is filed under AO On Site, Art News. You can follow any responses to this entry through the RSS 2.0 feed. You can leave a response, or trackback from your own site.