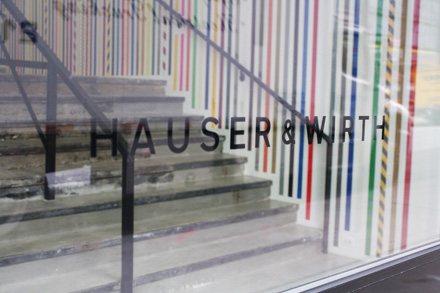 At 511 West 18th Street, in the 24,700 square feet that formerly housed the roller disco known as “The Roxy,” Hauser & Wirth have found their second home in New York. Maintaining their other location on the Upper East Side, the expansion to Chelsea is their fifth location worldwide, and celebrates an important landmark: the gallery’s twentieth anniversary. A hefty book of over 1,000 pages, edited by Hatje Cantz, accompanies the event: Hauser & Wirth 20 Years. The exhibition inaugurating the space could not be more fitting: a father-and-son collaboration which took place over that same twenty year period: Dieter and Björn Roth. 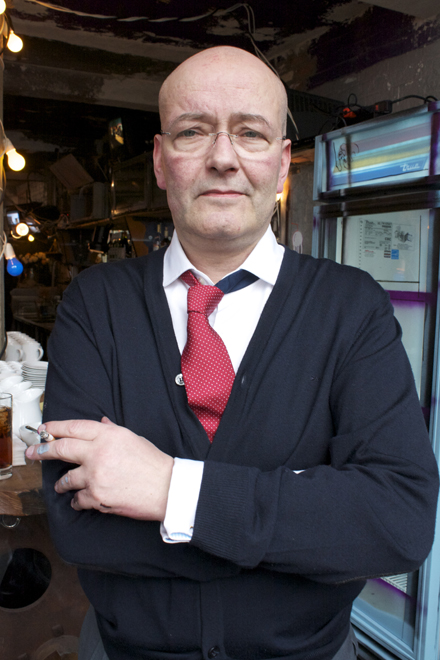 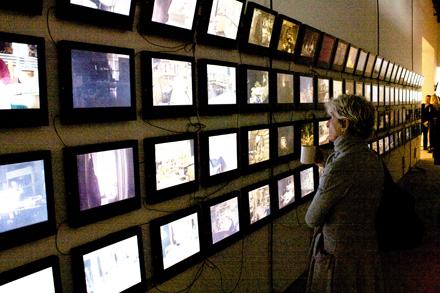 Dieter Roth. Björn Roth features over 100 objects, which fill the gallery’s voluminous space with ease. Dieter Roth (1930-1998), one of the most influential Swiss artists of the twentieth century, was a highly prolific, subervise innovator who worked across a range of media. Rejecting art world capitals, Roth worked in studios in three countries—Germany, Switzerland and Iceland—the last of which became home to his son Björn. Extending the cross-generational collaboration, Björn’s sons Oddur and Einar assisted in recreating works for this exhibition that were originally conceived by their grandfather. Working on site for the month leading up to the exhibition, the Roths also created Roth New York Bar, a coffee and liquor bar that will remain a permanent fixture at the gallery. The bar is a rustic pièce de résistance, composed of remnants of the former Roxy, as well as a conglomeration of television monitors, musical instruments, car parts, and softly glowing candles. Bar-building is a long tradition for the family; according to Katya Kazakina of Bloomberg, it is often “the first thing the Roths build when they are doing an installation.” 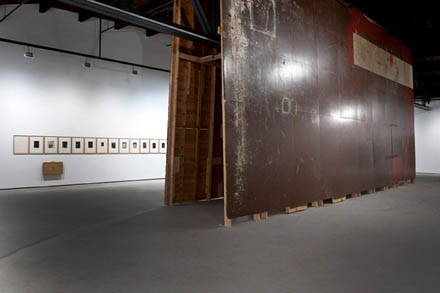 Dieter Roth dipped his hand in painting, sculpture, video, collage, printmaking, graphic design, writing, publishing, filmmaking and music, but he is perhaps best known for his ‘decomposables’ made from materials as disparate as clothing, bananas, candy, and insects. Zuckerturm (Sugar Tower) reads at first glance like something concocted by Paul McCarthy’s twisted imagination, but the work precedes McCarthy by many years. In fact, Björn Roth recalled in an interview with W Magazine that McCarthy was present at his first opening at Hauser & Wirth’s in Zurich in 1998, the week before his father passed away. “It became a hangout for artists,” he recalls. “I remember Paul McCarthy and Jason Rhoades having fun there. Christopher Wool came with his father. Urs Fischer worked there as a bartender. At that time he a young artist and probably needed the money and possibly he liked to [bartend].” 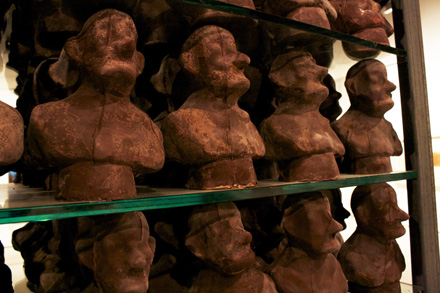 The gallery worked once more with Selldorf Architects to create one of New York’s only column-free exhibition spaces of its size. The show-stopping concrete floor occasionally reveals its former use; rounded arcs marking where the rink once stood. In the middle of the gallery, two monumental wood panels measuring ten by twenty feet each lean against each other to form a walkable passage. The lean-to is in fact composed from two separate floors taken directly from Dieter Roth’s studios. “When Dieter needed a painting for an exhibition but didn’t have time to make one,” writes Kazakina, “he ripped out the wooden floor of his studio in Iceland and showed that.” During his walk-through of the show, Björn explained that the tremendous size of many of the works is also an homage to the size of New York City. 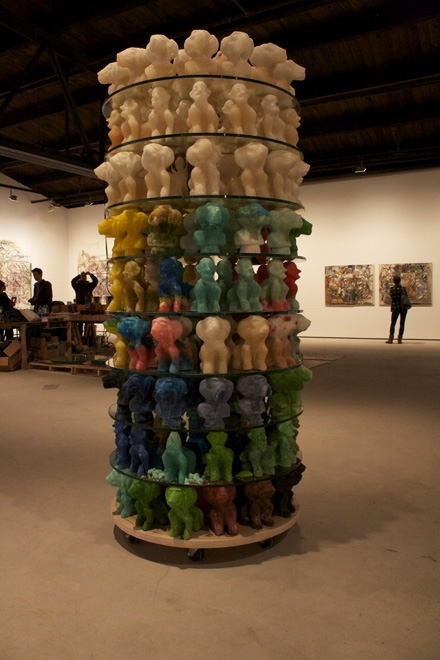 Created in the final year of his life, Dieter Roth’s Solo Szenen (Solo Scenes) (1997-1998) offers the most intimate glimpse into the artist’s process. Nowhere is Roth’s belief in the inseparability of art and life more present than in this video chronicle of his studio days. Mortal, yet made eternal by recording, Roth works alongside his progeny. It is a poetic coexistence which manifests itself physically two other works in the exhibition. Grosse Tischruine (Large Table Ruin) (1978-1998), is composed of wooden worktables brimming with art supplies, clothing, and junk. A few yards away, the scent of chocolate wafts up from his grandsons’ melting/pouring station comprising a new installation, New York Kitchen (2013). 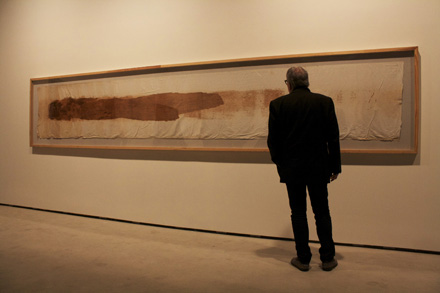 Dieter Roth. Björn Roth also sets the stage for the year’s programming, a roster of artists—including Paul McCarthy, Roni Horn and Matthew Day Jackson—who claim Dieter Roth as fundamental to their artistic formation. Showcasing the intimate connections through multiple generations of the Roth’s artistic lineage, the show is a welcome introduction to the family’s significant artistic contributions, not to mention a strong choice to open Hauser and Wirth’s newest space.  The gallery’s expansion plans continue with their recent announcement of their intentions to open a gallery and arts center in a historic farmhouse in Somerset, England in 2014. 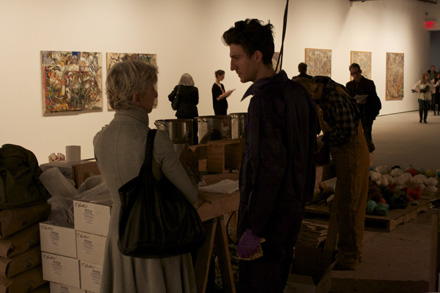 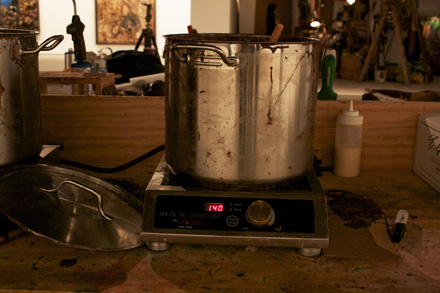 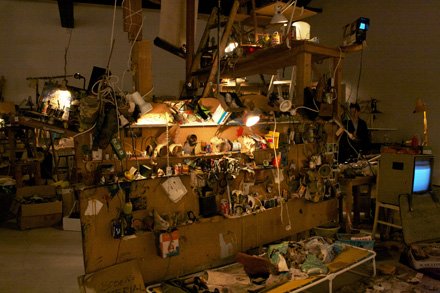 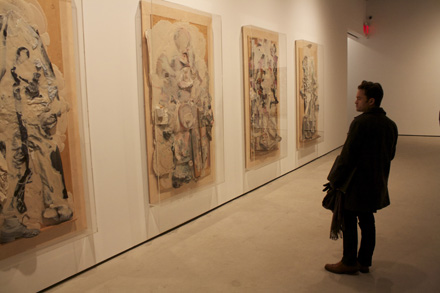 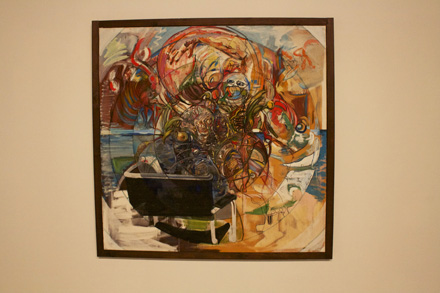 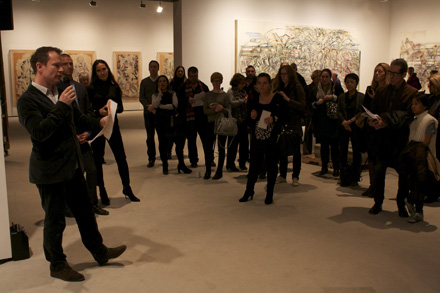 Marc Payot, Partner in Hauser & Wirth, and the Director of the Chelsea location, gives opening remarks. 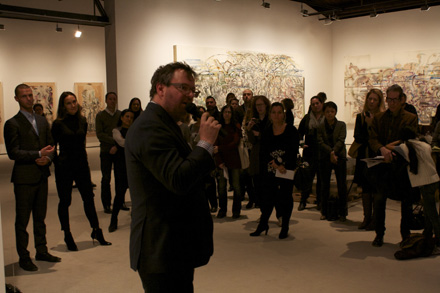 Iwan Wirth speaks about the gallery’s expansion, many years in the making. 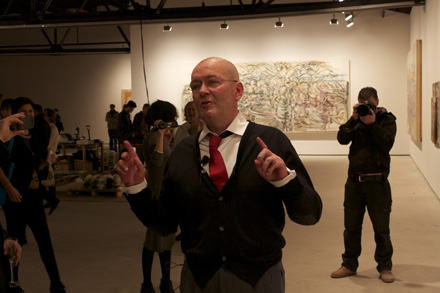 Artist Dieter Roth leads a tour of the exhibition. 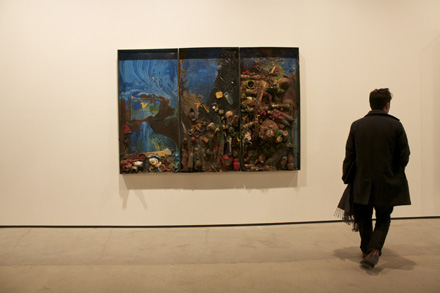 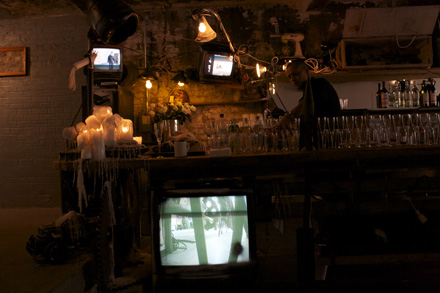 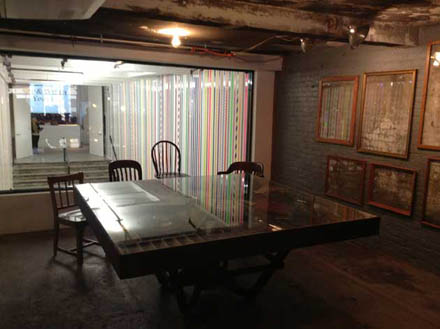 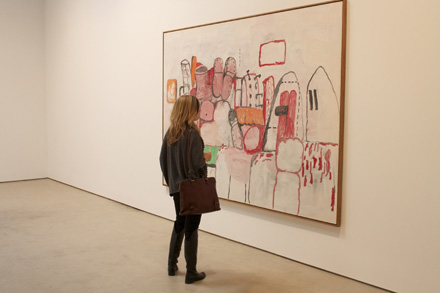 Visitors preview work from other artists the gallery represents and will show in the coming year. 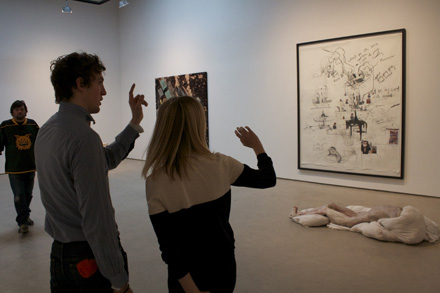 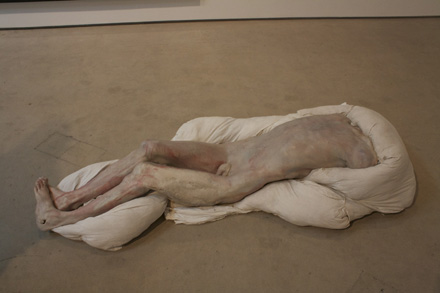 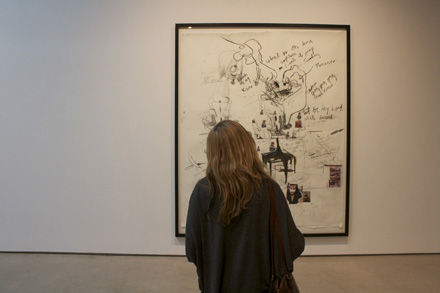 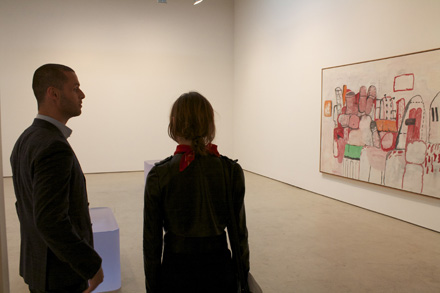 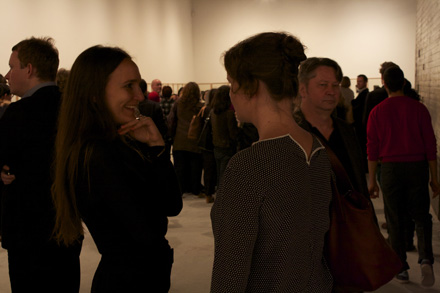 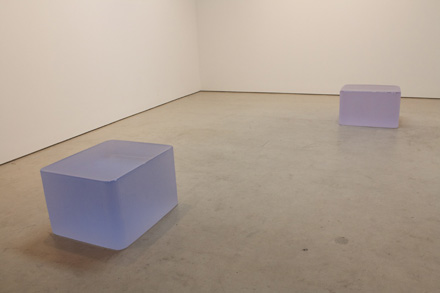 Sculptures by Roni Horn in one of the gallery’s showrooms adjacent to the main exhibition. Horn will be featured at the gallery later in 2013. 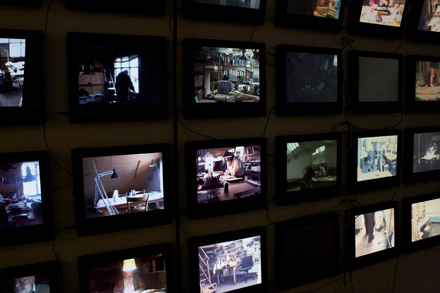 All images by Taylor Derwin for Art Observed unless otherwise noted.

This entry was posted on Thursday, January 31st, 2013 at 12:01 am and is filed under AO On Site, Galleries, Go See. You can follow any responses to this entry through the RSS 2.0 feed. You can leave a response, or trackback from your own site.