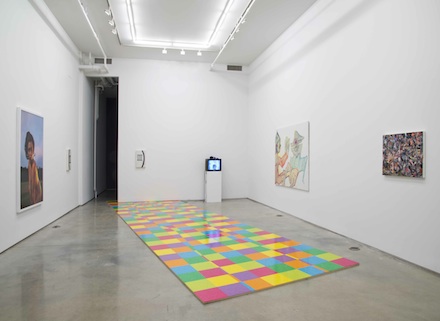 Black Cake at Team Gallery is a multi-generational group exhibition curated by Alex Gartenfeld, the young critic and curator whose former West Street Gallery project space was a notable new addition to the downtown art scene before it closed last summer. The exhibition takes its point of departure from the Gaelic spring ritual of Beltane (by way of scholar Roberto Calasso’s account in his 1994 book The Ruin of Kasch), during which a cake would be prepared and divided among members of a tribe. One piece would be covered in ash (hence the name “black cake”), and whomever chose this piece would be pushed into the Beltane bonfire, becoming a sacrificial casualty of the fertility holiday. The exhibition presents the diverse aesthetic iterations of “sweetness” and social identity in contemporary art, notions addressed dynamically across a variety of media through the works on view. 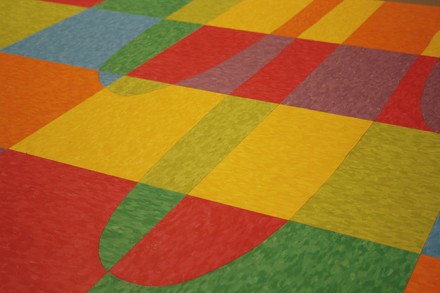 At Team Gallery’s main space on 83 Grand Street, David Scanavino’s saccharine linoleum sculptures are installed on the wall and cover the floor. The Starburst colors of these minimalist riffs produce a tension with the material’s institutional connotation, ultimately achieving a sense of the strange and unexpected. The candy-colored works thus become ominous pieces of a shared social experience. 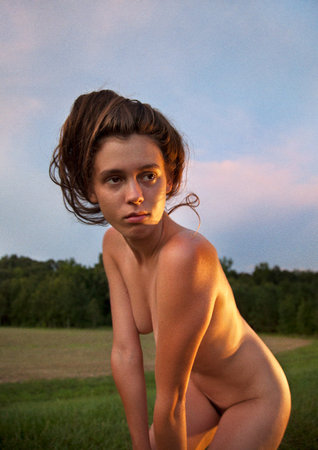 Ryan McGinley’s photograph Heather (2012), alight in the pastel washes of a pastoral sunset, is both sublimely beautiful and discretely grotesque. The large-format C-print, featuring a nude young woman awkwardly bent and enigmatically gazing into the distance, echoes the sweet and fearsome female figures that populate the paintings of John Currin. Here, then, the romanticized and sexualized version of contemporary youth culture (as seen through McGinley’s lens) is coupled with its more uncertain realities. 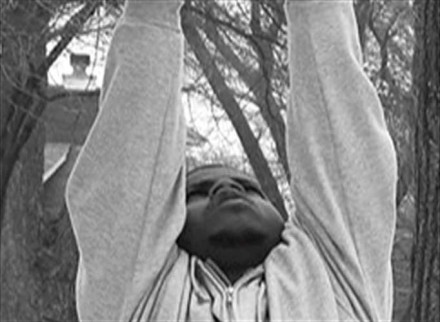 Broken Fall (Organic) (2008), a video work by Steffani Jemison, features a close-up of a young African-American boy as he hangs from a jungle gym. This physical act remains largely unseen, however, as it occurs outside of the borders of the camera’s focus. The ambient noises of the surrounding area—laughter in the distance, far-off snippets of music, cars passing by—fill the anxious silence as the boy’s physical exertion increases, signified by his facial contortions. Inflected with the threat of physical and psychological violence, the playground of Jemison’s work becomes the minefield of passage from youth to adulthood in contemporary culture. 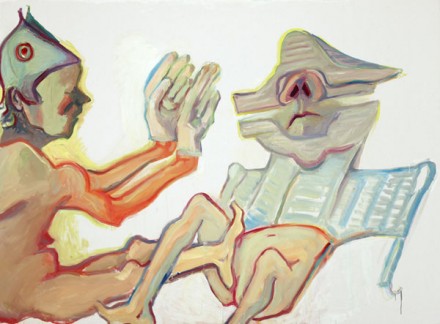 The paintings of Maria Lassnig and Cecily Brown both exemplify the sensual lushness of the black cake, as well its inherent aggression. Indeed, Lassnig’s work Fraternite (2008) echoes the darkly satirical compositions of late nineteenth century Belgian artist James Ensor, while the multi-layered surface of Brown’s The Park in the Dark (2012) is decadently appealing and suggestively threatening. 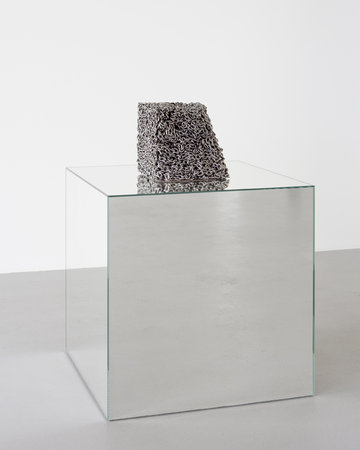 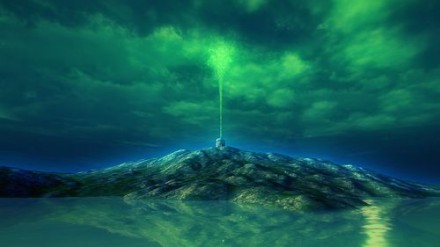 Also on on view at this location is Tabor Robak’s video EXO (2012). Rising out of contemporary video game culture, this work presents an ominous, otherworldy landscape – shimmering oceans, vast deserts, and grand environmental vistas that pop with digital color and texture. Robak’s desktop-wallpaper aesthetic plays with the familiar and “low-brow” culture, yet its sublime, psychedelic quality is transfixing. The video culminates in the landscape’s sensational destruction, a dramatic rapture that conjures contemporary anxieties about our collective future. 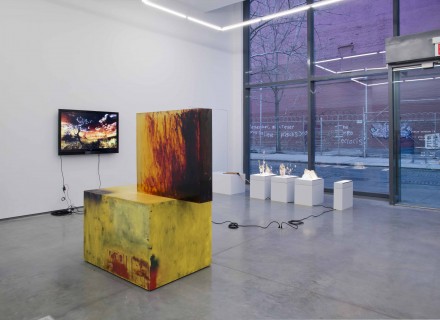 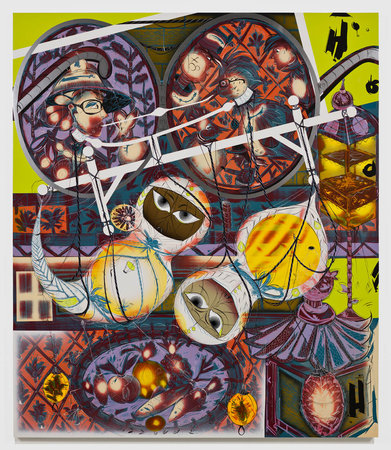 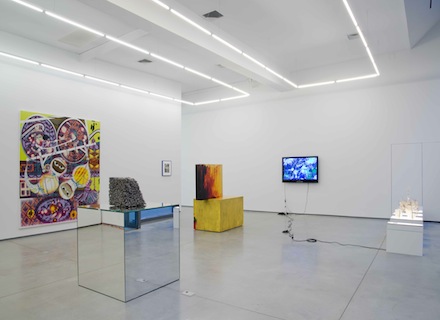 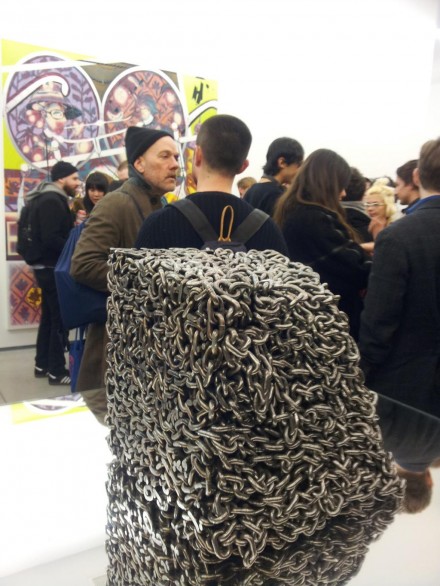 Michael Stipe at the Opening of Black Cake, at Team Gallery

This entry was posted on Monday, January 21st, 2013 at 4:25 pm and is filed under Art News, Go See. You can follow any responses to this entry through the RSS 2.0 feed. You can leave a response, or trackback from your own site.