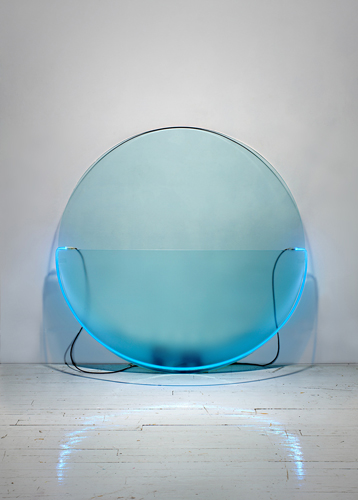 Mary Boone’s Chelsea gallery is currently glowing with Keith Sonnier’s early fluorescent works from 1968 – 1970, on view through February 23. Along with Bruce Nauman, Eva Hesse, and Donald Judd, Sonnier’s approach to spatial and aesthetic considerations  radically changed the conceptions of sculpture, embracing experimentation with unconventional materials and approaches to presentation.  The works on view at Mary Boone mark the period in which Sonnier first began working with neon light tubes, using them as a method to explore everyday materials, and to examine the impact that light makes on the surrounding environment. 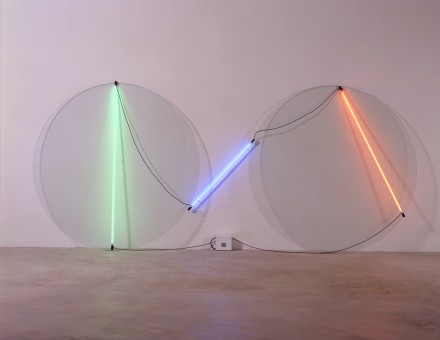 In his Ba-0-Ba series, Sonnier arranges transparent geometric glass plates highlighted by straight lines of fluorescent tubing, allowing for the electrical cable to play a role in the composition. The glass works emphasize the light’s impact on architectural planes, playing with the reflectivity of the glass, and using the pools of reflected light as a method of emphasizing the interplay between wall and floor. 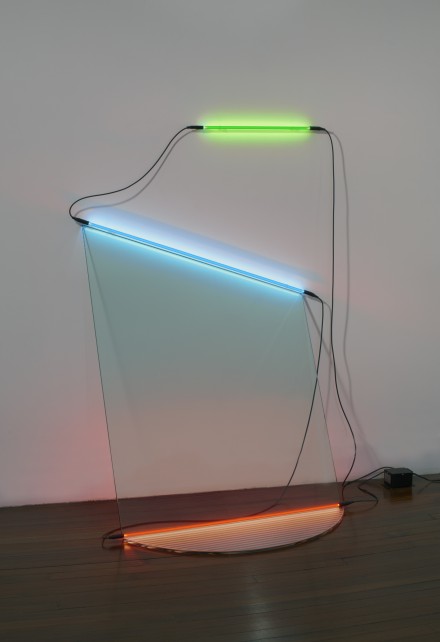 In contrast to the geometric Ba-O-Ba series are the expressive works of the Neon Wrapping Incandescent series. In Neon Wrapping Incandescent III (1970), pink and yellow florescent tubes curve and curl, looping freely around iridescent bulbs. Sonnier was experimenting with different light sources and establishing a connection between light tubes and drawing. The curvature of the lights creates the illusion of a freely flowing line, punctured by three orbs of white light. This expressive series set him apart from his counterparts, who were still engaged in the rigid geometries of minimalism. 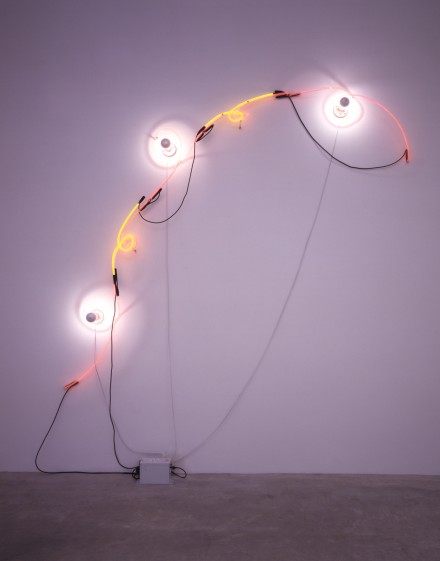 Exploring Sonnier’s early studies of light and space, Mary Boone Gallery presents a strong introduction to the artist’s work, and a jumping off point for future investigation. 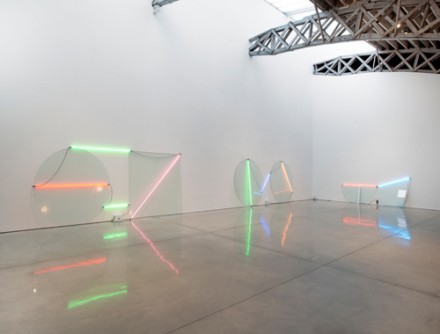 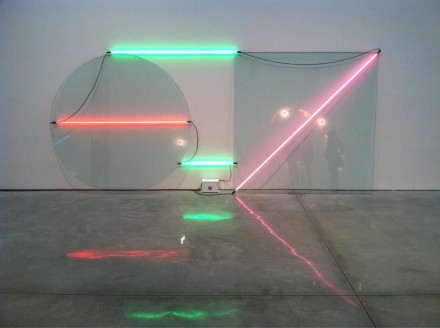 This entry was posted on Saturday, February 16th, 2013 at 7:47 am and is filed under Art News, Go See. You can follow any responses to this entry through the RSS 2.0 feed. You can leave a response, or trackback from your own site.