Blazing a path through the world of contemporary and avant-garde art, Roy Lichtenstein stands as a giant of post-war painting, sculpture and conceptual art.  Celebrating the artist’s position at the vanguard of 20th century art, the Tate Modern is hosting a massive retrospective of the artist’s work, the first of its kind since the artist’s death in 1997. 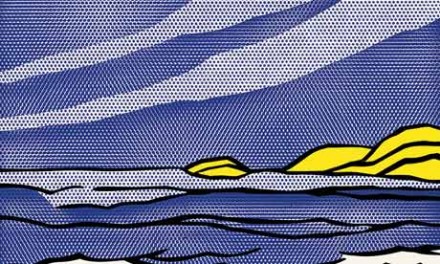 Over the course of his 40+ year career, Lichtenstein was a foundational force in the genesis of Pop Art in the 1960’s, and would continue to redefine the practice of painting and art-making throughout his life, branching out into sculpture, abstract studies of space and texture and inquiries into global art forms, all while maintaining his signature approach to the medium.  Exploring a variety of themes and approaches to both viewing and creating art inherent in Lichtenstein’s practice, the Tate Modern has pulled out all the stops at its South Thames location, culling 125 works from the artist’s catalog to compile an ambitious portrait of the artist and his contributions to post-war art. 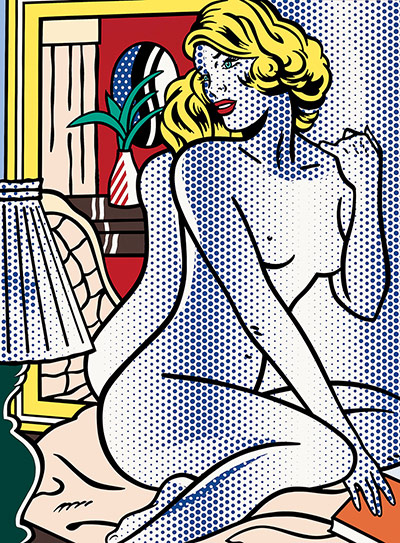 Originally working along the lines of abstract expressionism, Lichtenstein quickly developed his personal aesthetic language, utilizing tightly composed lines that distilled the frenetic movement of his peers into a highly-stylized, vibrantly minimalist color palette and figurative style.  Combining these new approaches with studied portraits of consumer products, cultural goods and his instantly recognizable comic strip images, Lichtenstein quickly found himself at the forefront of the budding Pop Art scene. 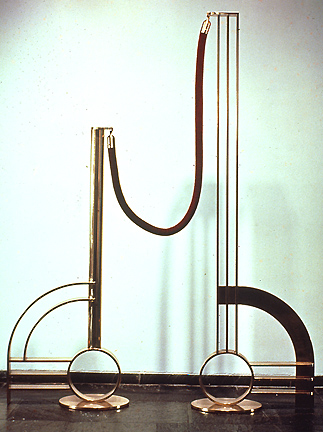 Concerned with the implications of mechanization and consumer culture on painting and art in the post-war capitalist boom, Lichtenstein became a leader in redefining art practice, positioning the act of painting as an act equally driven by concept and technique.  Combining the imagery of mainstream consumer culture with a studied, painterly hand, Lichtenstein would continue to explore the limits and depths of the intersection between pop culture and fine arts, combining them in a variation of both surrealist and purely figurative depictions that would guide his practice for many years.

Pushing beyond his most recognized works, however, the Tate has selected a wide body of work from Lichtenstein’s later works as well.  His “Perfect/Imperfect” paintings series (in part a response to Klee’s “walking line” exercises), are well represented, as well as his homages to art history.  Highly aware of where his works sat in the lineage of art history, Lichtenstein worked on a number of works addressing and incorporating the works of painters like Henri Matisse and Picasso into his canvases, creating works that address the path of art up to Lichtenstein’s work while contributing to this lineage in turn. 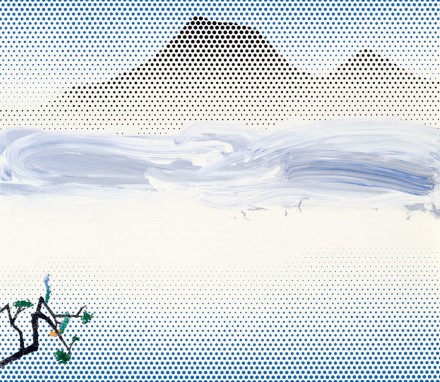 In his final works, Lichtenstein would look east, using his signature style in conjunction with newfound inspiration in the scroll paintings of Song Dynasty China, exploring the notions of materiality and the act of painting itself, an ironic turn for an artist who for so many years was ensconced in the rendering of our material landscapes and possessions. 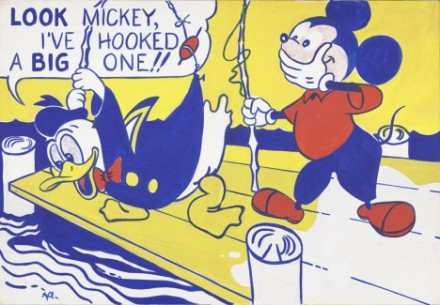 Providing a complex and studied view of Lichtenstein’s long and involved practice in the world of painting, the Tate Modern’s current retrospective offers a jumping off point for a strong look at Lichtenstein beyond his reputation as a founder of the Pop Art movement, and invites an in-depth consideration of how the artist pushed his creative language over the course of his career.  Pulling from the full scope of his works, the current show at Tate Modern is not to be missed, welcoming both lovers of the artist’s work as well as new initiates. 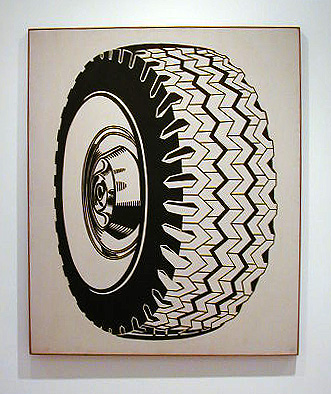 Alongside a full program of discussions, workshops and events, the Tate is also exhibiting Lichtenstein’s only film,  Three Landscapes, at their new performance venue, The Tanks.

The show closes on May 27th. 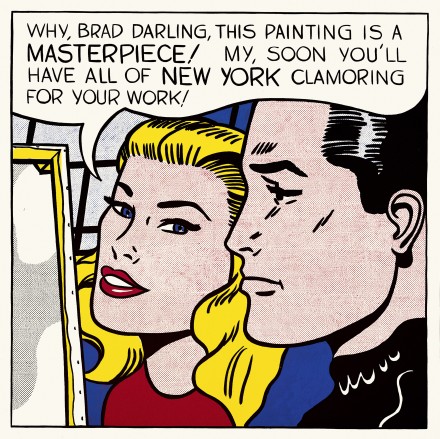 This entry was posted on Friday, March 1st, 2013 at 12:20 am and is filed under Art News. You can follow any responses to this entry through the RSS 2.0 feed. You can leave a response, or trackback from your own site.

One Response to “London — Roy Lichtenstein: “Lichtenstein: A Retrospective” at the Tate Modern Through May 27, 2013”