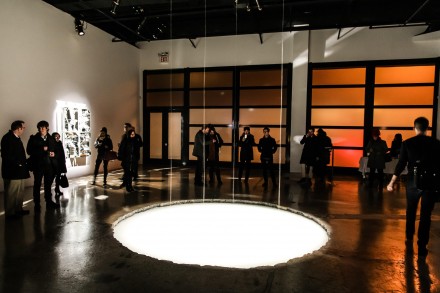 The Opening for Doug Aitken, 100 YRS, Courtesy of 303 Gallery

Working across a broad body of media and techniques, including photography, sculpture, video, installation, sound art and architectural interventions, Los Angeles-based artist Doug Aitken’s work frequently explores concepts of rhythm, repetition and duration, exploring interrelations between time, memory and space and the subsequent fluctuations of meaning and understanding caused by their interactions.  His work has been ehxibited in a variety of institutions and contexts, including his enormous Song1 installation on the outside of the Hirshhorn Museum in Washington, DC, as well as his upcoming video art installation at the Seattle Art Museum. 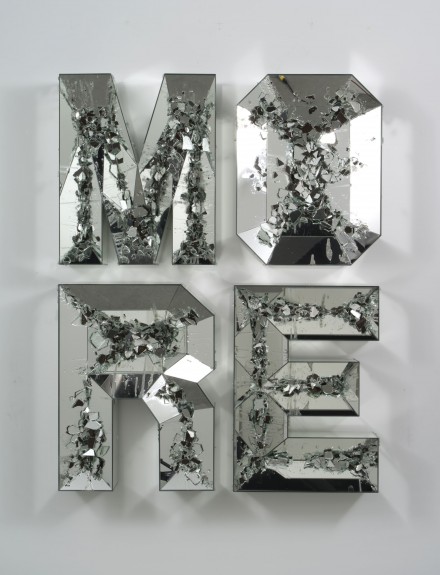 In Aitken’s most recent show at 303 Gallery, titled 100 YRS, the artist has created an immersive space, blurring the line between individual works and installation with a selection of sound and sculptural works while furthering his explorations into time, space and meaning as fluid forces. 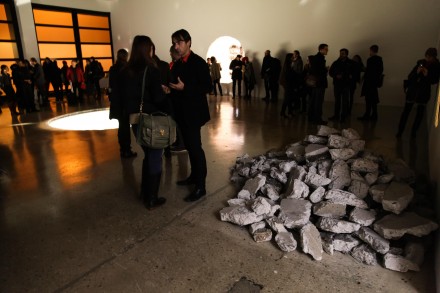 The Opening for Doug Aitken, 100 YRS, Courtesy of 303 Gallery

Taken as a whole, 100 YRS functions as a pointed exploration of the gallery space.  Walls have been torn down or drilled through, and Aitken’s central piece, a network of pipes dripping water into a collected basin of pale, white water, sits beside the heap of rubble dug up from the gallery floor.  It’s a violent transformation, with little attempt to buff out the edges left from the space’s alteration, as if Aitken had torn through the gallery in a mere day to install the show.  The constant, rhythmically controlled dripping of the pipes is amplified throughout the gallery, filling it with Aitken’s water-song. 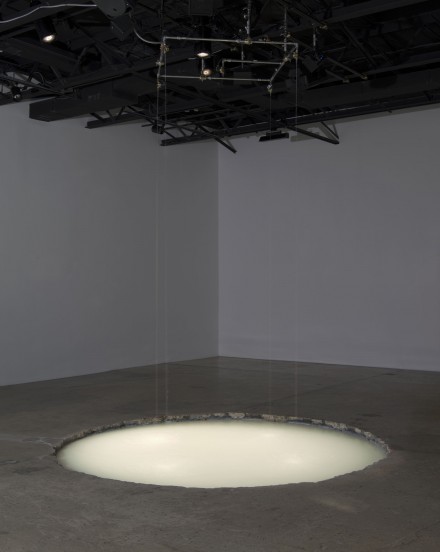 Around the central sculpture, Aitken has hung a selection of text works, exploring the semiotic frameworks provided by language, and using their contexts to create new intersections of meaning.  In one work, titled MORE, Aitken has created concave mirror out of the word, filling it with shards of glass that cast light in every direction.  The effect is ominously stunning, creating a map of excess in all its allure, and all of its inherently relentless demands. 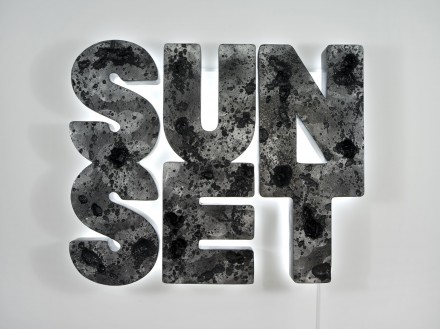 In another work, the word “SUNSET” is complemented by a gradual shifting of the piece’s display, moving from bright light to diffuse glow to gleaming moonscape.  Digging at the concrete meaning of the word, Aitken illustrates the dissonance between the singular, linguistic device to describe a sunset and the complex transitional processes of light and celestial bodies actually at play. 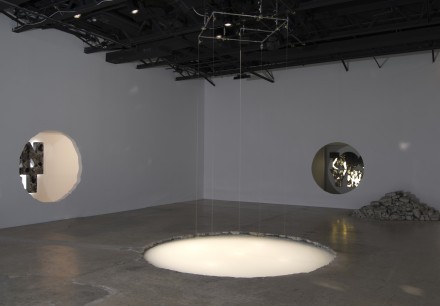 Rhythmically, the works on view are locked in their own particular cycles, existing beyond the observer’s eye through a system of programmed algorithims.  Aitken’s “Fountain (Earth Fountain)” will continue to spew up a sludge of dirt and liquid regardless of whether or not someone is there to see it, a constant repetition of action that underlines the gap between an object and its becoming, and the interplay between between meaning and object. 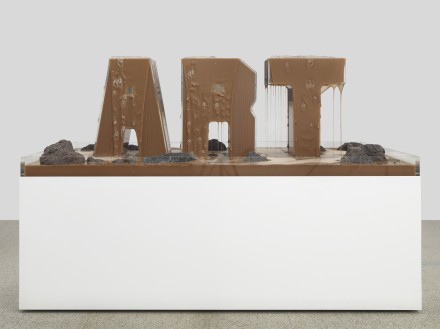 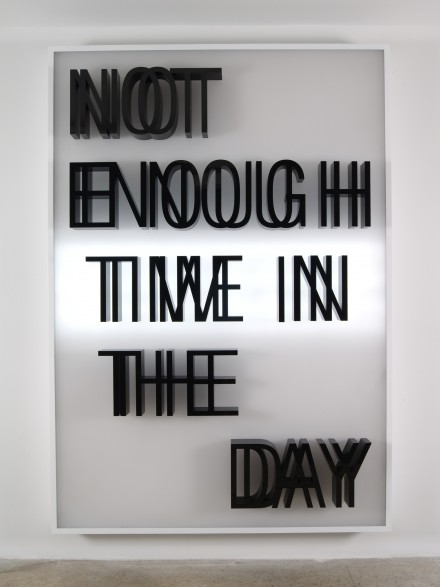 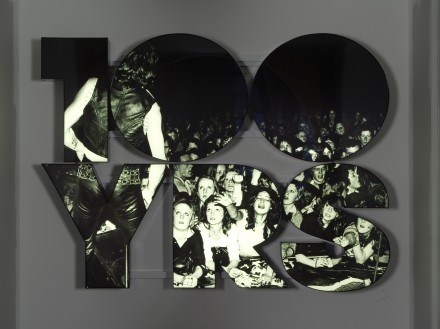 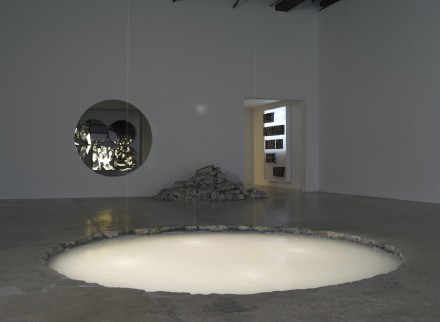 This entry was posted on Thursday, March 14th, 2013 at 12:39 am and is filed under Art News, Galleries, Go See. You can follow any responses to this entry through the RSS 2.0 feed. You can leave a response, or trackback from your own site.