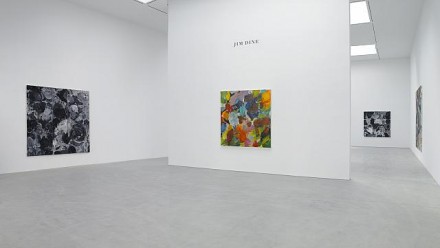 In a refreshing break from his figurative painting and Pinocchio art, Pace Gallery presents a collection of new abstract paintings by Jim Dine.  The paintings are large, romantic, intense renderings of universal situations and emotions – sometimes literally, with titles like “A Fingerprint of Stars”, a painting that reaches fourteen feet wide and five feet tall. 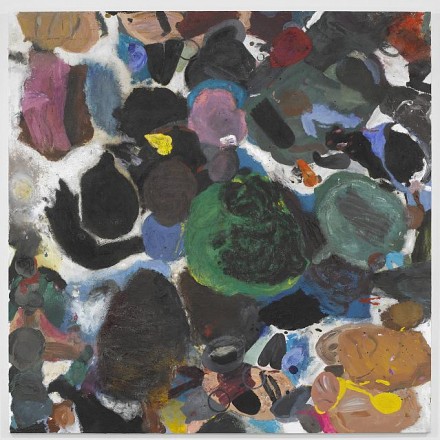 In the works on view, Dine mixed acrylic paint with sand and applied the mixture to a canvas primed with resin, building and removing layers to create the final effect, which is not unlike a collection of poetic greeting cards: wide emotional bandwidth paired with traditional abstract shapes and colors. 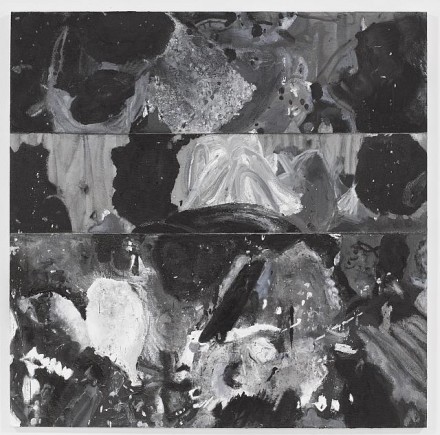 Born in Cincinnati, Ohio in 1935, Dine studied at the University of Cincinnati, the Boston Museum School, and Ohio University, where he received his B.F.A, before moving to New York in 1958.  He was first recognized for his role in performance art “Happenings” with artists Claes Oldenburg and Robert Whitman.  He was an early member the Pop art movement, though he later rejected that phrase, saying, “Pop is concerned with exteriors. I’m concerned with interiors.” He has been represented by Pace Gallery since 1976.

Though Dine’s Pop art features obvious figures (cartoon hearts, human hearts, bathrobes, skulls), he has long been concerned with poetry, a subtler art. As a child he was dyslexic and says poetry was the only thing he could read; “Poetry was my prose,” he told the New York Times in a 2008 interview. Dine has has written several volumes of his own poetry, including a poem called “The Flowering Sheets”, which appeared at the Getty Villa’s ‘Jim Dine: The Poet Singing (Flowering Sheets)’ show in 2008. 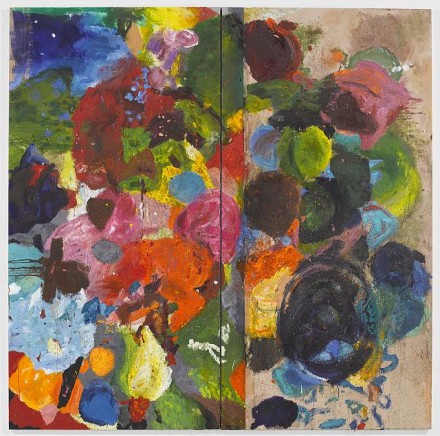 The works on view at Pace this month take their titles from “The Flowering Sheets”, which suggests an attempt to revisit Dine’s essential love—poetry—and present it through the essential acts of painting: strokes and color. 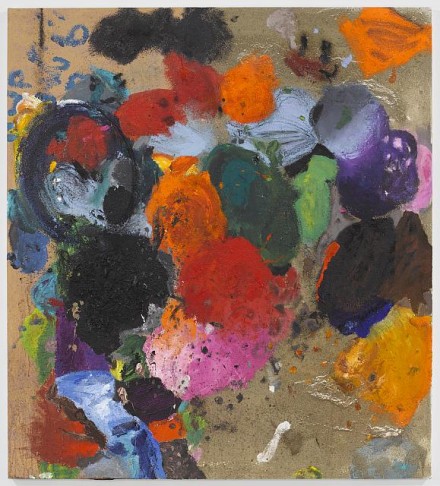 “Regretting The Possible” is one of two black and white paintings; the rest feature a predominantly autumnal palette, including orange-yellows, dark blues, blacks, and deep reds.  “A Fingerprint of Stars” is a cluster of rounded, more consistently rendered blots.  “A Child in Winter Sings,” on the other hand, presents cross-markings, circles within oversized circles, and lighter touches of paint in the bottom-right corner.  The paintings are all quite large, and seen together suggest the calm ferocity of Jackson Pollack or other abstract expressionists.

Jime Dine’s work is on view at Pace Gallery Through March 23rd. 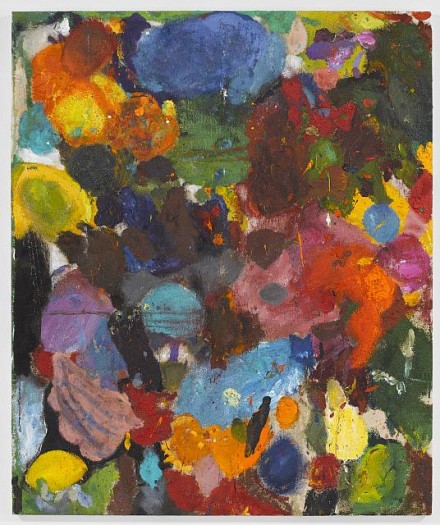 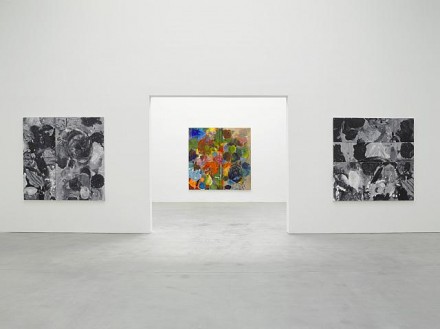 This entry was posted on Friday, March 22nd, 2013 at 8:54 am and is filed under Art News, Galleries, Go See. You can follow any responses to this entry through the RSS 2.0 feed. You can leave a response, or trackback from your own site.