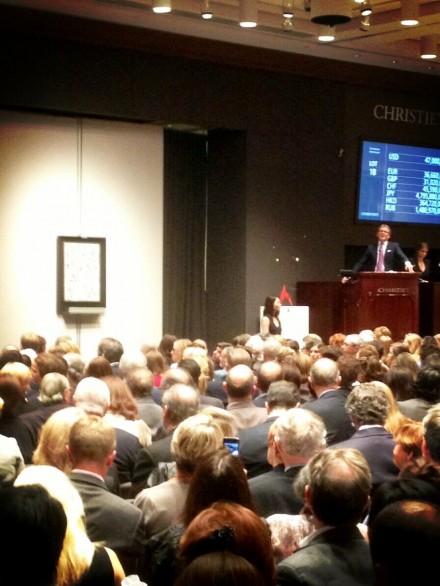 Pollock’s Number 19 Sells to Applause at Christie’s, via Charles Shoener for Art Observed 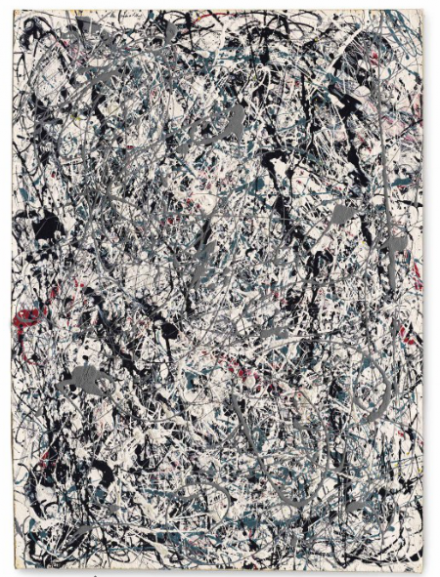 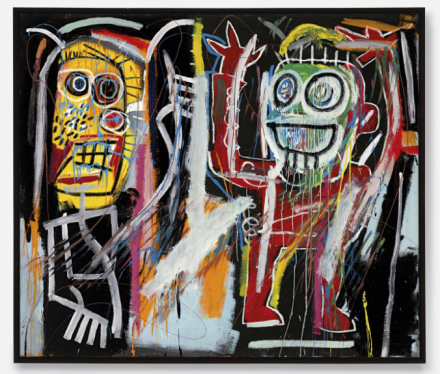 As expected, Basquiat’s Dustheads shattered the record for the artist at auction, quickly overcoming the previous record of $26.4 million to settle at a final price of $48.8 million, nearly doubling estimates.  Lichtenstein’s Woman with Flowered Hat also exceeded all expectations, soaring past its $32 million high estimate to realize a final price of $56.1 million for collector Ronald Perelman, purchased by British jeweler Laurence Graff.  But it was Pollock’s Number 19, 1948 that took home the top sale honors of the night, selling for the final price of $58.3 million, a staggering jump from its last auction price of $2.4 million in 1993. 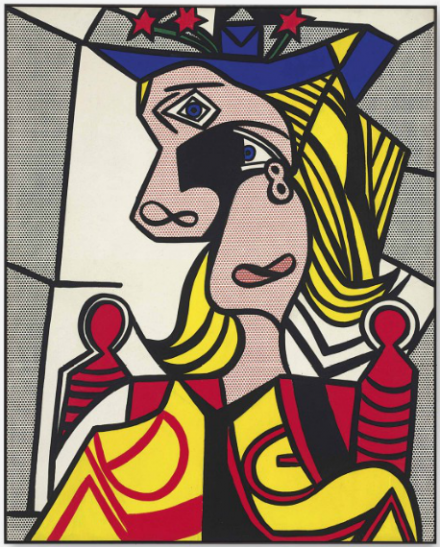 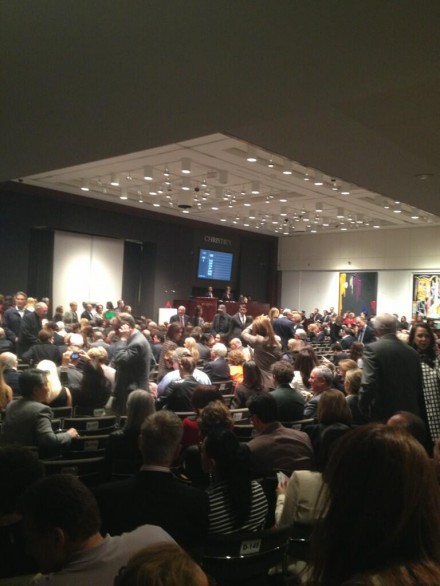 Francis Bacon’s Study for Portrait was one of the few works that did not sell, continuing a difficult week for the artist at auction. His heavily featured Study for Portrait of P.L. failed to sell the night before at Sotheby’s, perhaps suffering from its high price tag.  It was joined by Jeff Koons’s Plate Set,  Clyfford Still’s PH-1,and Franz Kline’s Accent Aigu in the small group of works unable to charm a buyer, despite the works’ prominent  places in the auction catalog. 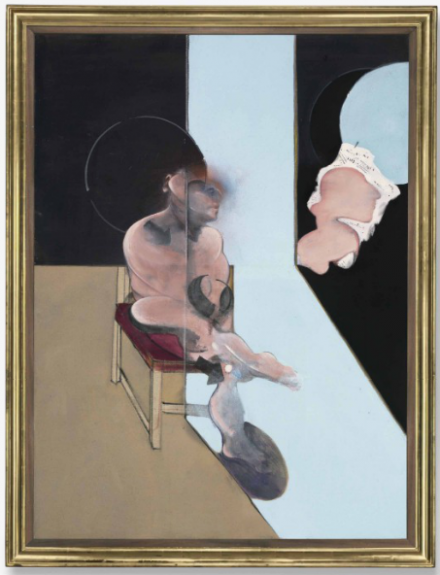 With the newly minted world auction record set at $495 million, it should be noted that this record surpasses a previous record set by an Impressionist and Modern auction at Christies’s, continuing the trend towards increasing emphasis on contemporary art in the global marketplace.  A number of collectors spending on these works are new to the art market, and offer an interesting look into the willingness of new collectors to spend high numbers on auction night.  As Larry Gagosian himself was quoted as he exited the auciton: “It shows you how deep the art market has become—deep, as in deep pockets.” 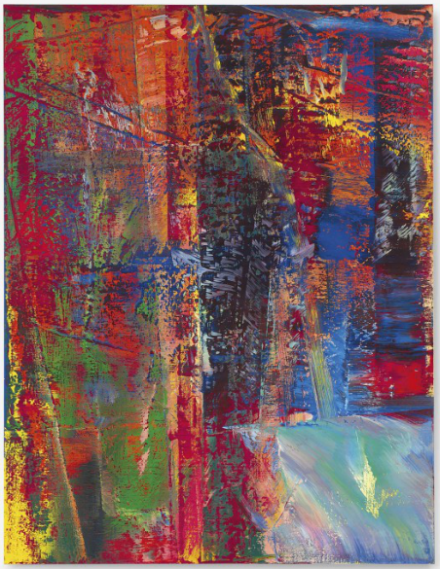 This entry was posted on Thursday, May 16th, 2013 at 3:20 pm and is filed under Art News. You can follow any responses to this entry through the RSS 2.0 feed. You can leave a response, or trackback from your own site.