Tokyo – Francis Bacon: “BACON” at the National Museum of Modern Art, Tokyo, Through May 26th 2013 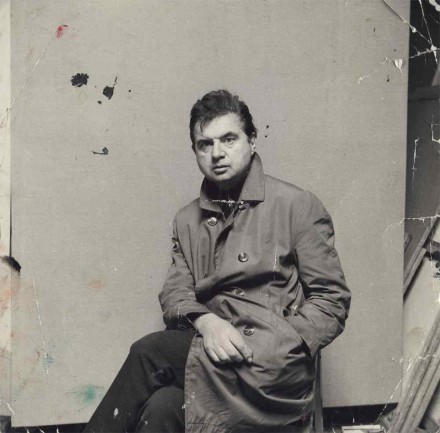 Recently concluded at the National Museum of Modern Art, Tokyo is a solo exhibition of works by Francis Bacon. Marking the first viewing of Bacon’s work in Japan in 30 years the exhibit is a retrospective focusing on the theme of the body, as well as the first exhibition of the artist’s work since his death in 1983. 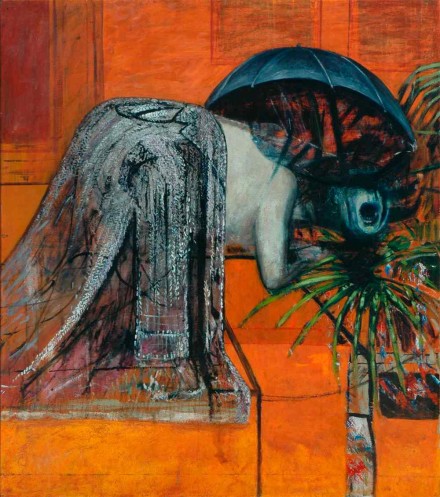 Consisting of approximately 35 works organized into 3 parts, the exhibition includes 5 works from Japanese collections as well as pieces from other collections around the world, including classic Bacon works on loan from the  Tate Modern, Museum of Modern Art in New York, the Hirshhorn Museum Washington, the Estate of Francis Bacon, and the Yageo Foundation Taiwain. 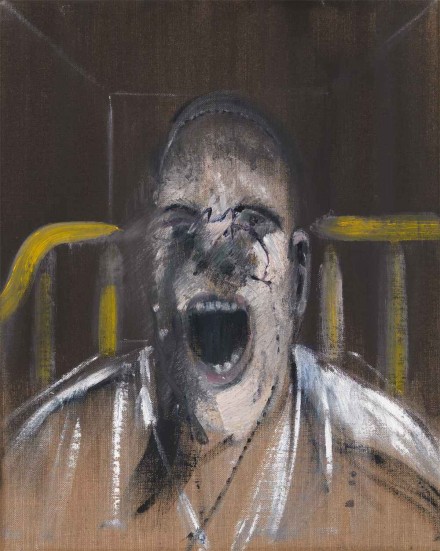 Francis Bacon, Study for the Head of a Screaming Pope (1952), Courtesy the National Museum of Art Tokyo and The Estate of Francis Bacon

Bacon is widely known for his triptychs, and five of the artworks on view are done in this style, extending relationships between works, and allowing broad thematic explorations to play out over the space of several canvases.  The first section of the exhibition represents an introduction to Bacon’s work in the 1940s, centering primarily around the act of screaming. His ghostlike, desaturated figures, and his later, more colorful works inspired by Vincent Van Gogh are on view in this section, portraying recognizable figureheads such as the Pope and the Sphinx as vulnerable, fragile beings. 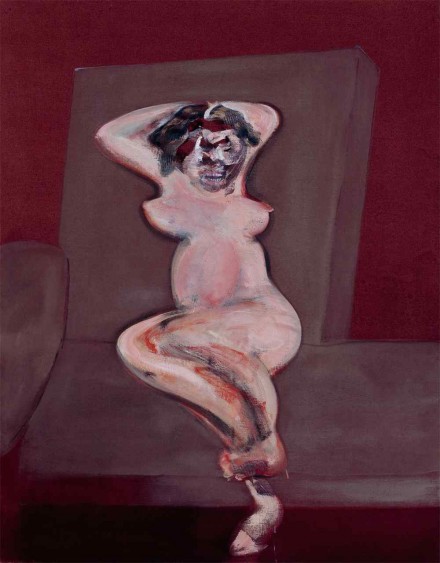 Francis Bacon, Nude (1960), Courtesy the National Museum of Art Tokyo and The Estate of Francis Bacon

Part two of the exhibition focuses on the 1960s, when Bacon painted a number of portraits and figure, often posing on beds and sofas in a theatrical manner. These artworks are primarily based on photographs of friends, as well as by a variety of photographers, including the early photographic innovator Eadweard Muybridge.

Francis Bacon, Three Studies of George Dyer (1969), Courtesy the National Museum of Art Tokyo and The Estate of Francis Bacon

In the third section of the exhibition, Bacon’s work evolves into the more complex thematic content, in which diverse bodies are painted within a single canvas, and influenced by different physical and visual references, such as mirrors, doors, and shades of light.  In this period, just before Bacon’s death, he explored the body within abstracted constraints, still affected by the physical impact of the body, but taking its movements and positions to visceral, abstracted new plateaus. It is in this period that his influence by sculpture became most apparent, especially in consideration of bodies in movement and flux.

Francis Bacon, Triptych (1991), Courtesy the National Museum of Art Tokyo and The Estate of Francis Bacon

The exhibition is also accompanied by a video installation, created by German artist Peter Welz in collaboration with German choreographer William Forsythe. The video is based on the unfinished work left in Bacon’s studio, and explores the artist’s incomplete works and legacy. 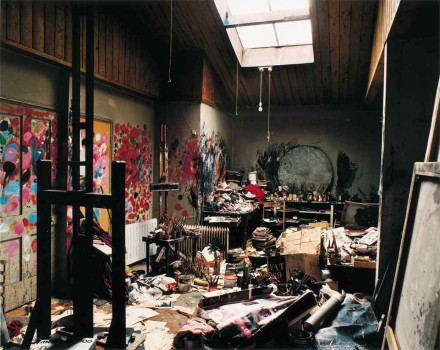 Offering a striking view of the artist and his evolution, BACON, which opened on May 8th, 2013, will continue through May 26th, 2013.

This entry was posted on Monday, May 27th, 2013 at 5:05 am and is filed under Art News. You can follow any responses to this entry through the RSS 2.0 feed. You can leave a response, or trackback from your own site.