Tracey Emin: “Critics Are Harsher Because I’m a Woman” 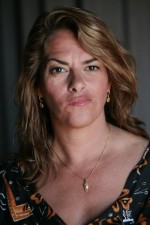 In a recent magazine interview with Vanity Fair, YBA veteran Tracey Emin has called out critics for judging her work much more harshly than her male counterparts.  She also discussed Roman Standard, her recent project for Petrosino Square in New York that placed a single bird on top of a 13 foot pole. “What I’m saying through the piece is that strength isn’t always about being big.”  She says.

This entry was posted on Sunday, May 19th, 2013 at 10:35 am and is filed under Art News. You can follow any responses to this entry through the RSS 2.0 feed. You can leave a response, or trackback from your own site.