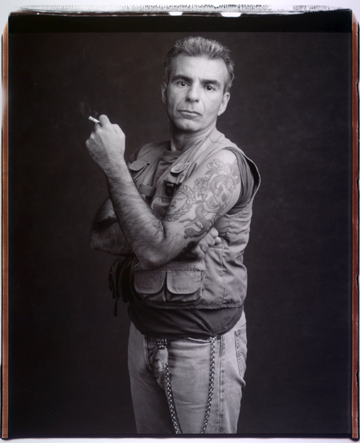 Artist Ronnie Cutrone passed away this past Sunday, at the age of 65. Perhaps best known for his time as pop artist Andy Warhol’s assistant from 1972 to 1982, Cutrone had been a regular at Warhol’s Factory since 1965, when he was still in high school. At the age of 15, Cutrone became a go-go dancer with the Velvet Underground as part of the band’s Exploding Plastic Inevitable show, and befriended many of the artists associated with the West Village arts scene of the 70s and 80s, including Lou Reed and Jim Morrison. 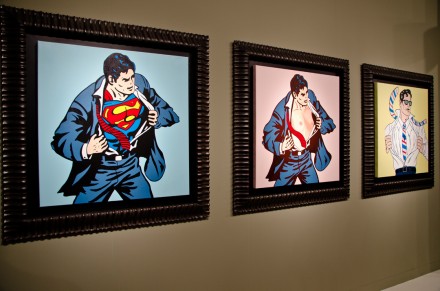 In the early 1980’s, Cutrone began making a name for himself in his own right, exhibiting his works worldwide. Similar to Warhol, Cutrone drew inspiration from popular culture and mass media, incorporating images of classic cartoon characters, such as Woody the Woodpecker and Micky Mouse. Together with Kenny Scharf, Ronnie is attributed with reviving the comic strip in painting, and was once quoted as saying” “Everything is a cartoon for me. The ancient manuscripts are taken very seriously but they really are cartoons.” Ronnie’s artworks are in a number of major museum collections, including The Museum of Modern Art, The Brooklyn Museum, The Whitney Museum and The Museum of Contemporary Art, Los Angeles. 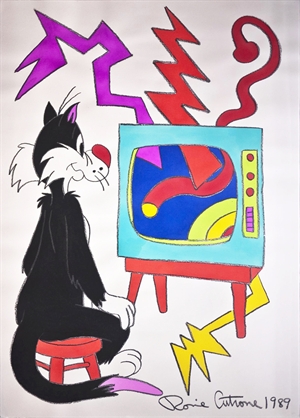 The artist was married three times. First to Gigi Williams, a make-up artist. Then to Kelly Cutrone, who achieved prominence as a fashion publicist and television personality. 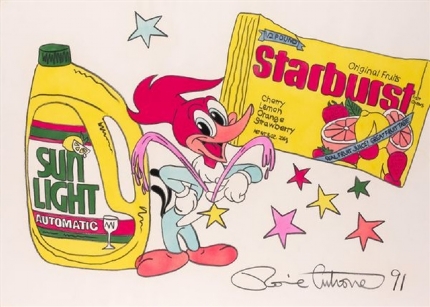 This entry was posted on Tuesday, July 23rd, 2013 at 12:55 pm and is filed under Art News. You can follow any responses to this entry through the RSS 2.0 feed. You can leave a response, or trackback from your own site.