Art Detectives Find What May Be “Mona Lisa” Model’s Remains 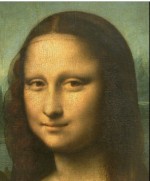 A group of art researchers, led by self-styled art history detective Silvano Vinceti, claim that they have taken a major step in identifying the remains of the model for Da Vinci’s most famous painting.  Taking DNA samples from remains in the crypts of Florence’s Santissima Annunziata basilica, the group will perform a number of tests before attempting to reconstruct the face of the woman, conventionally believed to be Lisa Gherardini, the wife of a Renaissance-era silk merchant.

This entry was posted on Monday, August 12th, 2013 at 4:05 pm and is filed under Art News. You can follow any responses to this entry through the RSS 2.0 feed. You can leave a response, or trackback from your own site.