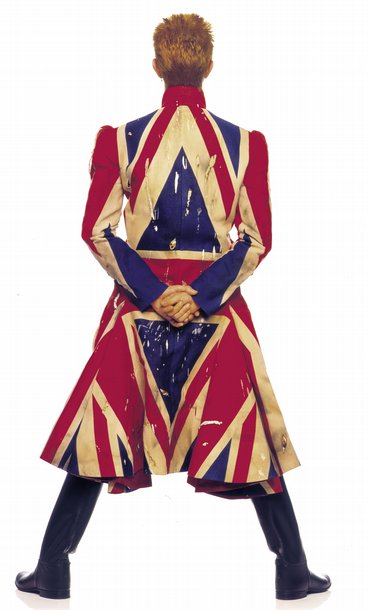 Perhaps one of the most widely talked about (and best attended) exhibitions this summer, the Victoria and Albert Museum (V&A) is currently showing a comprehensive exhibition of materials from the David Bowie Archive, marking the first time a museum has had access to this collection.  As holders of the national collection of live performance material in the UK, this opportunity is a chance for the museum to showcase one of the UK’s most important artists.  Compiling costumes, programs, documents, instruments and even a film specially made for the exhibition (including exclusive interviews with  Jeremy Deller, Daphne Guiness, and Thurston Moore), the exhibition is an exhaustive look at the work of one of the UK’s greatest rock stars and artists. 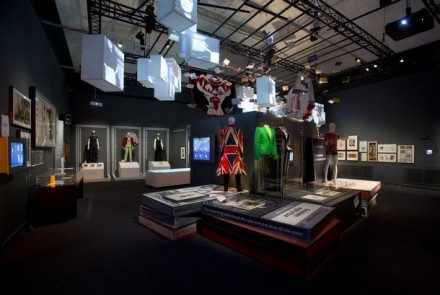 Born David Robert Jones in 1947 in Brixton, the artist would adopt the name David Bowie in 1965, and it is this act of shapeshifting that continually makes itself felt throughout Bowie’s exhibition.  The exhibition traces Bowie’s  early musical influences alongside his own personal identity and character shifts. 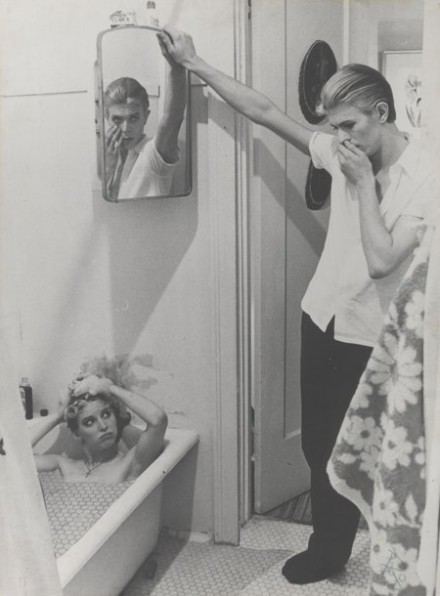 David Bowie, Photocollage of Manipulated Stills from The Man who Fell to Earth (1975-76), via Victoria and Albert Museum

The exhibition includes more than 60 stage costumes, including his iconic Ziggy Stardust(1972) bodysuits and the Union Jack coat co-designed with Alexander McQueen for the Earthling (1997) album cover. Also on display are photos by Bryan Duffy, Terry O’Neill and Masayoshi Sukita, visual clips from The Man Who Fell to Earth (1976) and Saturday Night Live (1979), and selected album sleeve and cover works and music videos. Personal items such as handwritten set lists and lyrics, storyboards, sketches and even diary entries help reveal Bowie’s creative evolution. 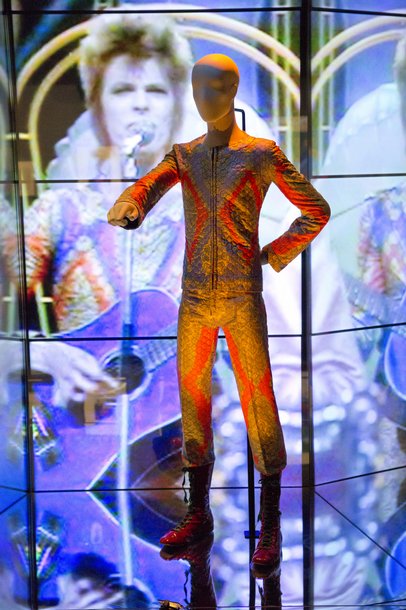 An innovative performer throughout his five decade long career, this exhibition takes a look at his creative process and progress as a musician and cultural icon through the more than 300 items on display. Original costumes, music videos, album artwork, instruments, and set designs show how Bowie’s music and individuality were an influential exchange across a wide spectrum of cultural fields such as design, fashion and art. His inspired creations, whether expressed through his music or changing identities, became an important statement against convention, encouraging others to do the same. 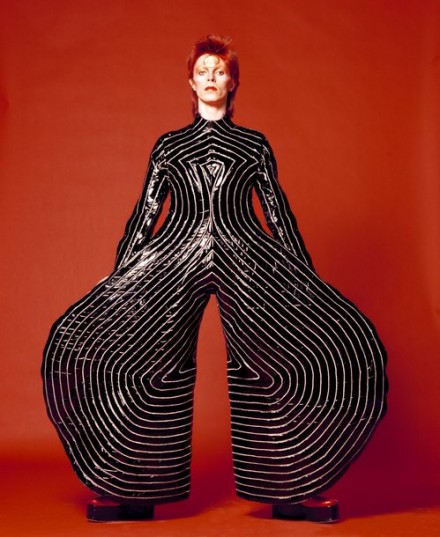 It’s this willing exploration that perhaps qualifies Bowie’s oft-attributed role as an artist, at least in the broader, performative sense of the word.  His work was consistently marked not only by bizarre, legendary musical albums of his own making, but countless collaborations and production credits, including work on some of the best albums by both Lou Reed and Iggy Pop.  Bowie used fame as a spring board into broader projects, his public persona fueling his creative ventures, and vice versa.  Of particular note was his bizarrely compelling The Man Who Fell to Earth, a film that explored not only the trappings of fame and success, but the acts of creation and destruction, isolation and love, all twisted through the artist’s signature fascinations with outer space and the future. 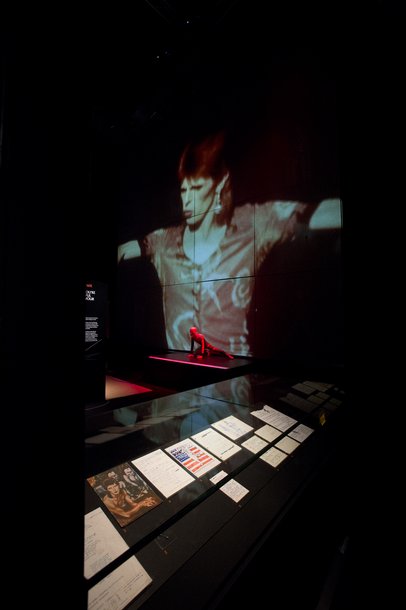 Using the shapeshifting, self-aware approach that Bowie took to his own image and career, the Victoria and Albert Museum produce a striking, immersive look at the artist’s total creative output, from the 1960’s to the present. 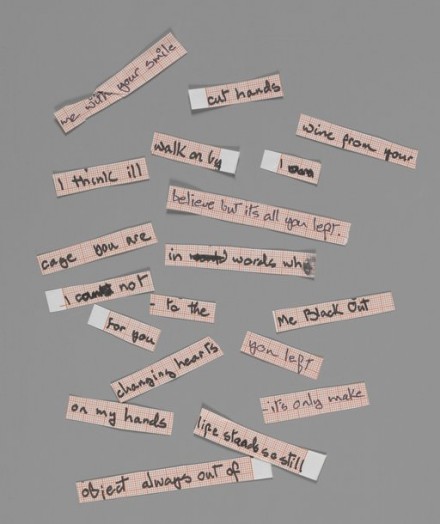 David Bowie, Cut-up lyrics for “Blackout” from Heroes (1977), via Victoria and Albert Museum 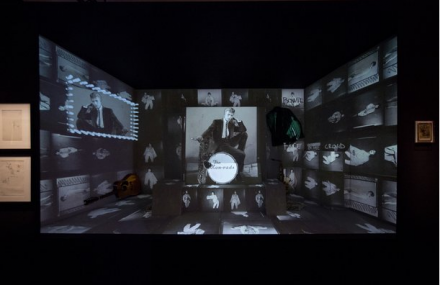 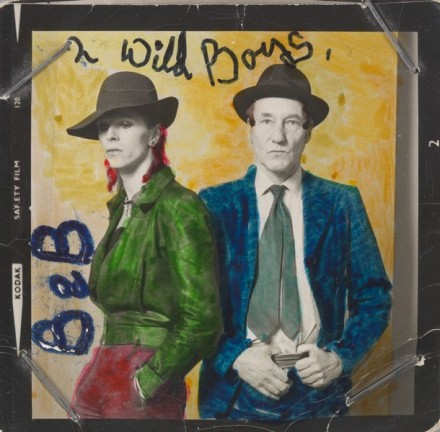 David Bowie and William Burroughs (1974), via Victoria and Albert Museum

This entry was posted on Wednesday, August 7th, 2013 at 10:57 pm and is filed under Art News. You can follow any responses to this entry through the RSS 2.0 feed. You can leave a response, or trackback from your own site.