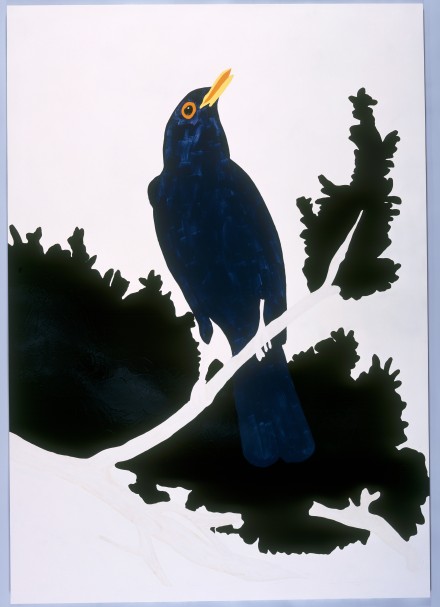 The Tate Britain is currently presenting an exhibition of works by British painter Gary Hume, created throughout his career. On display are 24 recent paintings, rare works never before seen in the UK, as well some of his most well-known pieces, offering a pointed view of his minimalist style and challenging aesthetic practice. 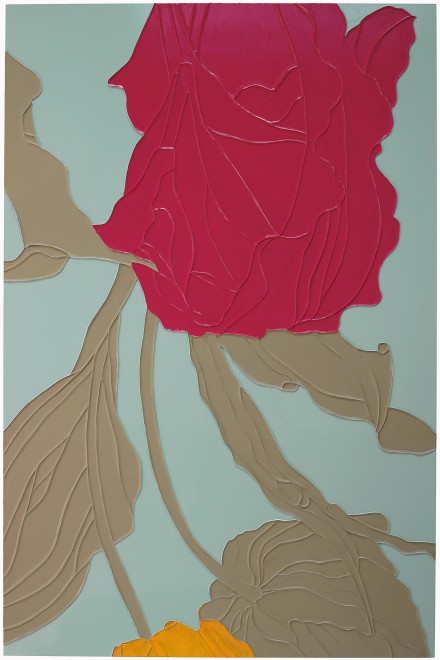 Born in 1962 in Tenterden, Kent, Hume graduated from Goldsmiths College in 1988, and his work is often associated with the YBA (Young British Artists) the group of artists who first rose to prominence in the early 1990’s with their often brash “shock tactics” and oppositional attitude, first supported and collected by Charles Saatchi.  In 1996, Hume was nominated for the Turner Prize, and was elected a Royal Academian in 2001. In 1999, he also represented Great Britain in the 1999 Venice Biennale with his Water series, which he created with gloss paint on aluminum, a medium he has explored extensively. 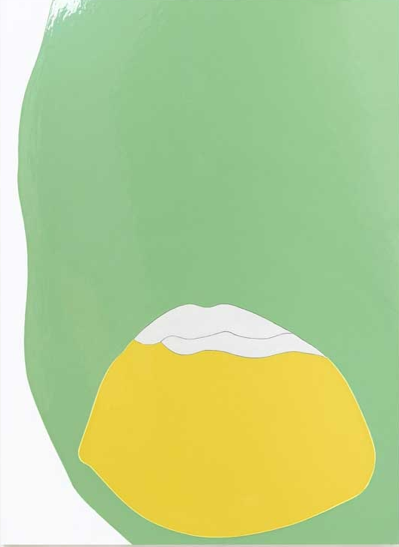 Gary Hume, Angela Merkel from the series Anxiety and the Horse (2011), via Tate Britain

Hume’s large-scale, glossy works were first seen at the 1990 Freeze exhibition, organized by Damien Hirst, and received a great deal of recognition for his “door paintings,” large-scale representations of hospital doors. In the mid-1990s he began focusing on images of celebrities  and animals, as well as images from nature or childhood, such as flowers, birds and snowmen. Taking these images as his starting point, Hume slowly deconstructs them, pulling away layers of detail and context to create works somewhere between surreal landscape and figurative deconstructions. 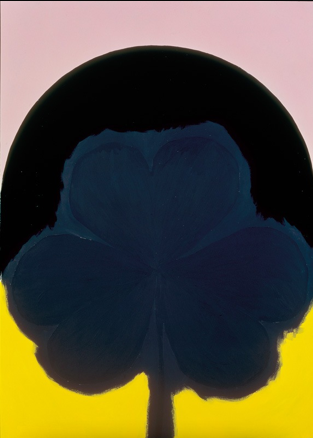 Particularly noticeable in this exhibition is Hume’s focus on bold color, line, and surface. A mixture of joy and melancholy, the works are consistently defined by strong color palettes, often relying on dark, heavy colors to convey their emotional weight and heft.  In some, the creative uses of color and form hint at narratives, exploring the raw semiotic power of images and shapes placed in challenging, often specifically confounding assemblages.  In one work, The Moon, he places what appears to be a single cheerleader’s pom-pom, held aloft by a long, slender arm.  The white, lunar orb emerges from behind the joint of this appendage, all executed with a reductive style that opens large swaths of the painting to interpretation, and often challenges the viewer’s ability to connect the dots. 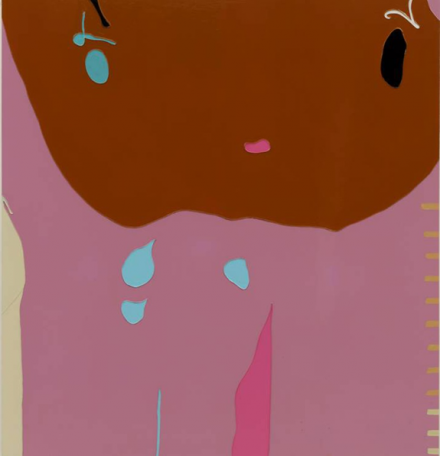 Pushing his painterly language to a near-breaking point, Hume’s work is vaguely reminiscent of Alex Katz’s similar distillations of the painter’s canvas, and his show at the Tate welcomes an extended exploration of his development and technique.  Curated by Katharine Stout, the show will be on view through September 1st. 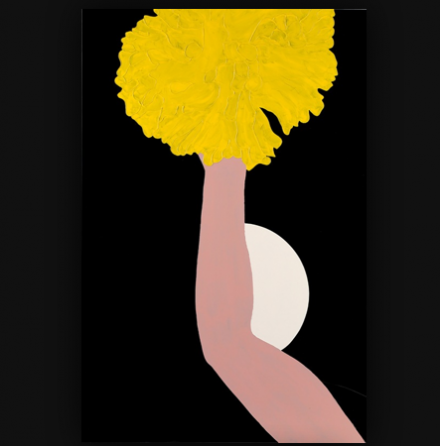 Related Links:
Exhibition Page [Tate Great Britain]
The Guardian [Gary Hume: ‘I couldn’t hold down a job. That’s why I became an artist’]

This entry was posted on Wednesday, August 21st, 2013 at 12:24 am and is filed under Art News. You can follow any responses to this entry through the RSS 2.0 feed. You can leave a response, or trackback from your own site.