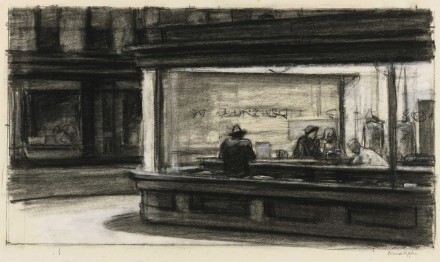 An Edward Hopper painting inevitably leads the viewer to contemplation of the meaning and purpose of the simple and mundane moments that make up the majority of our lives. His scenes depict the usual, the all-too-familiar, and even the occasional melancholy moments of existence.  Empty gas stations, coffee shops, movie theaters, and bedrooms communicate the paradoxical isolation of American society;  while many of the inhabitants are depicted in social settings, in crowds or social establishments, they convey overwhelming feelings of remorse, isolation and resignation. Through his brushstrokes and pencil marks, Hopper provides a commentary on the American life of mid-20th century, a commentary that is in many cases still applicable to the America of today. 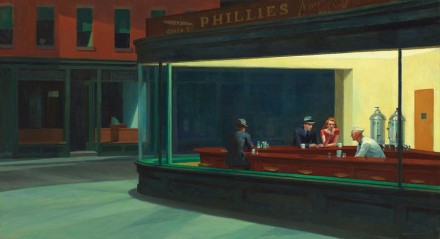 Edward Hopper, Nighthawks, (1942), via The Whitney

Examining his practice and creative execution, Hopper Drawing at the Whitney Museum of American Art marks the first major museum exhibition focusing on Hopper’s drawings and creative process. The show displays many of Hopper’s most well-known paintings, alongside the studies that preceded them. Some of the artist’s most notable works are on view, including New York Movie (1939), Office at Night (1940), Nighthawks (1942) and Morning in a City (1944).  In total, more than 200 drawings are featured, the largest display yet of his drawings. The collection was compiled by Carter E. Foster,the Steven and Ann Ames Curator of Drawing at the Whitney, utilizing a few keys loans and selections from the Whitney’s 2,500 works on paper by the artist. The works span the entirety of Hopper’s career and therefore offer an insight into the development of the artist. 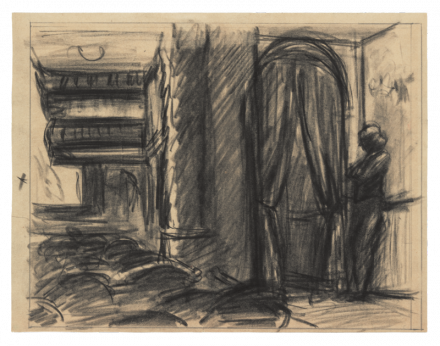 “By comparing related studies to his paintings, viewers can see the evolution of specific ideas as the artist combined, through drawing, his observations of the world with his own imagination,” says Mr. Foster. “In other instances, his drawings provide a crucial form of continuity among thematically related paintings, a kind of connective tissue that allowed Hopper to revisit and re-examine ideas over time.” 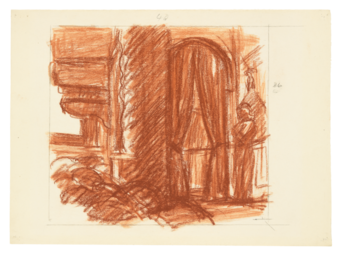 The series of preparation drawings for his iconic paintings allow the viewer to distinguish between the reality of the scenes depicted and the imagined alterations made by Hopper. As a result, one is able to appreciate the creative process the artist underwent. In the case of Nighthawks, the development is notable in the change of attire of one of the figures facing away us from one drawing to another. Initially he is wearing a policeman’s uniform, and then later he is drawn in a suit. The clothing change transform the figure from a notable, authoritative character to a more nondescript one. 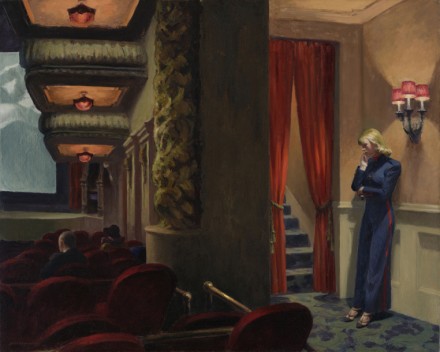 Moreover, the exhibition aims to place the pieces in the context of New York city, and numerous photographs are included. Black and white images of Greenwich Village show the inspiration of Nighthawks, and the precise building seen in Early Sunday Morning on Seventh Avenue between 15th and 16th Streets is revealed. Hopper would have walked past the building nearly every day on his way to and from his apartment in Washington Square Park. Foster stated that the discovery of the precise building was his “eureka” moment,  driving his research and framework for the show.  The exhibition also displays Hopper’s renowned 1939 painting New York Movie, on loan from the Museum of Modern Art, and the fifty-two preliminary studies for the single painting. The drawings show the two-month artistic evolution, and dedicated persistence, that lead to the final painting. Photographs of the Palace Theatre in Times Square and other Broadway movie palaces reveal the ornate interior work and architectures on which Hopper based the final piece. The groundbreaking photographic documentation is a result of tireless research by Foster. 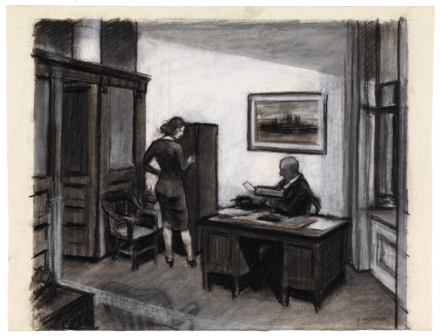 Edward Hopper, Study for Office at Night, (1940), via The Whitney

Hopper Drawing welcomes a cohesive and compelling view into the the artist’s dedicated, nuanced practice, showcasing the tightly focused and thoroughly considered approach that the artist embraced throughout his body of work.  The show closes on October 6th. 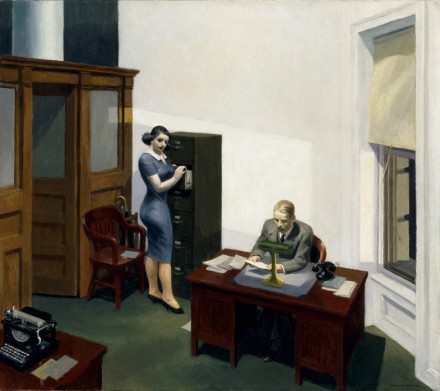 Edward Hopper, Office at Night (1940), via The Whitney 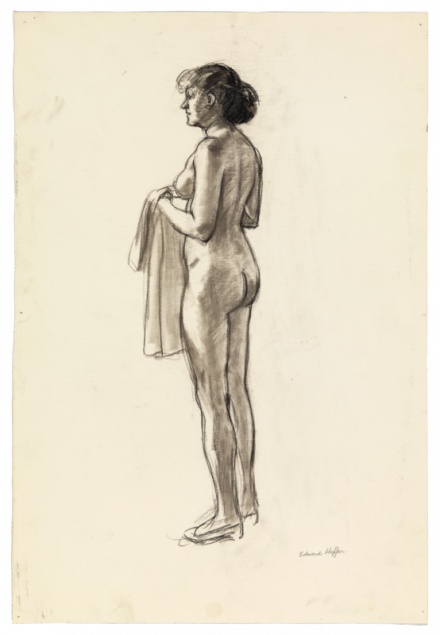 Edward Hopper, Study for Morning in a City, (1944), via The Whitney 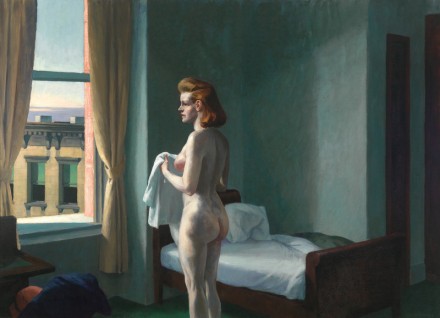 Read more:
Exhibition Site [The Whitney]
A Master, Between The Lines [The NY Times]
The Creative Process Behind Edward Hopper’s Paintings [The LA Times]
Scenes of the Artist at Work [The Wall Street Journal]

This entry was posted on Saturday, August 3rd, 2013 at 12:25 pm and is filed under Art News. You can follow any responses to this entry through the RSS 2.0 feed. You can leave a response, or trackback from your own site.