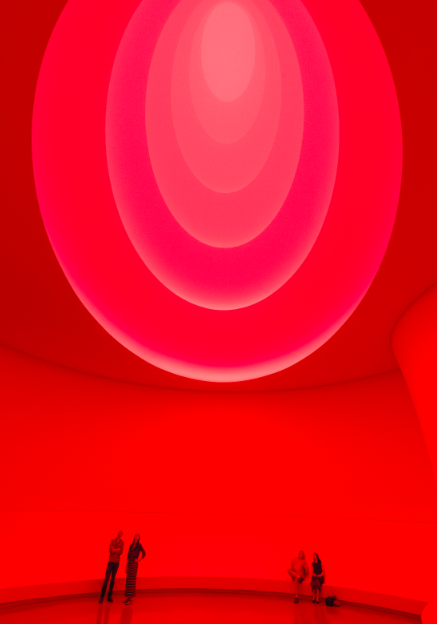 The highly anticipated James Turrell exhibition at the Guggenheim Museum, which opened last month, and remains on view through the summer, has renewed the ongoing debate surrounding contemporary artworks of Disney-esque proportions, especially considering whether or not these spectacle-inducing affairs are worthy of the attention they often command. Like his ongoing work-in-progress, Rodin Crater (a massive naked-eye observatory built within an ancient crater near Flagstaff, Arizona), Turrell’s multi-venue comeback is not exactly a modest undertaking, with concurrent exhibitions on view at The Los Angeles County Museum of Art and The Museum of Fine Arts in Houston. At the Guggenheim, Turrell joins Matthew Barney, Nam June Paik, Maurizio Cattelan, and others who have mediated Frank Lloyd Wright’s iconic rotunda through Turrell’s site specific Aten Reign, which uses an ingenious system of stretched fabrics and LED lights to create the illusion of billowing clouds of color that unfold in concentric rings through the rising levels, with visitors invited to watch the dizzying light show from the rotunda floor. Four other historical projected light works, three of which date to the 1960s, are also on view in adjacent galleries along with a selection of thirteen aquatints that, with expert lighting and position, appear to emit a soft glow. However, it is Aten Reign that has generated the most buzz, both good and bad. 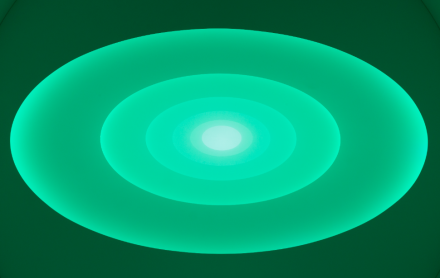 The Times’ Roberta Smith gushed that “the ravishing Aten Reign,” is “an immense, elliptical, nearly hallucinatory play of light and color that makes brilliant use of the museum’s famed rotunda and ocular skylight.” Peter Schjeldahl of the New Yorker was only slightly less hyperbolic, offering viewers  rhetorical advice. “Don’t bother trying to think under the gentle but imperious optical onslaught,” he wrote,adding a final suggestion that the show’s brilliance can be attributed to its ability to fulfill our desire for a place “where we can go en masse and be alone.” Others were simply underwhelmed, like Lee Rosenbaum who wrote off Aten Reign as nothing more than a cheap discotheque. A few dissenters pointed to the exhibition as endemic of wider problems in contemporary art, including Jed Pearl of The New Republic, who wrote accusing Turrell of adopting the tactics of a younger generation of provocateurs and thus joining a recent trend of “avant-garde megalomaniacs.” 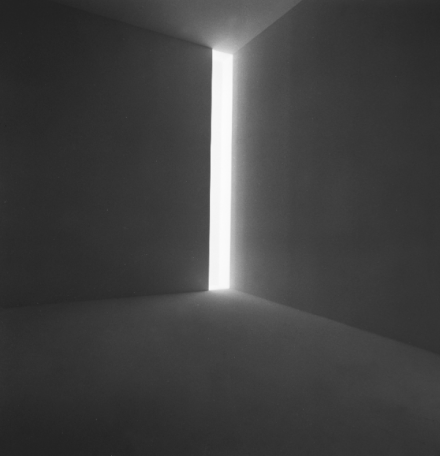 But perception is not reality, and Turrell’s work is case in point: approaching a pillar of light glowing from a vertical reveal in the corner of a long wall, Ronin (1968) creates a mystifying, almost cinematic sensation that is bafflingly simple when the viewer approaches the alcove from the main ramp, before realizing that nothing is behind the wall but light. Further, his career, which the Guggenheim presents as a self-explanatory trajectory, is much more complex when considered against the historical backdrop of minimalism, postminimalism and the LA Light and Space movement, especially given that two of the works belong to the Panza collection, one of the greatest concentrations of American art from the 1960s and 1970s. 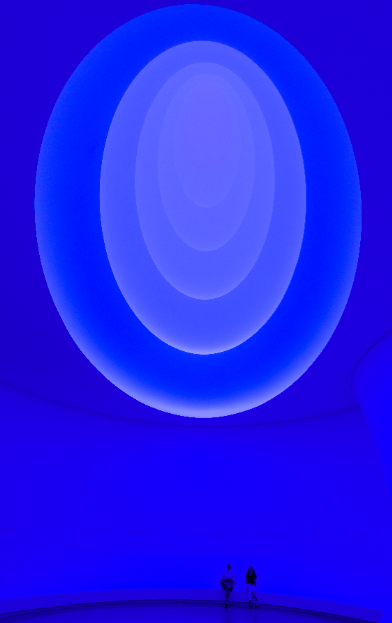 This may be because the exhibition intentionally relies on the compelling force of the works themselves to do the heavy lifting; wall text is scant, and there is zero acknowledgement of other pioneers of the medium of light. Here, the Guggenheim passed on a rare chance to draw thoughtful correspondences to other Light and Space artists, or to point out what exactly sets Turrell apart from his predecessors, like the minimalist Dan Flavin, who used light in a blunt and radically different approach, or from his contemporaries, like Olafur Eliasson who also stages monumental, immersive light environments. 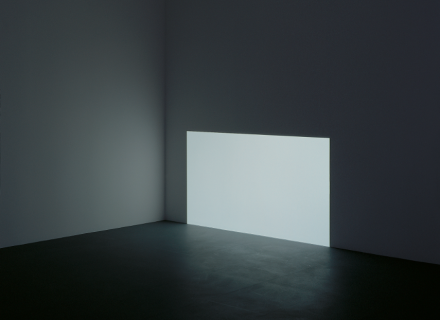 Yet Afrum I (White) and Prado (White), both from 1967 and on view in the Annex Level 2, do subtly reveal the link between minimalism’s specific objects and Turrell’s aim to translate these geometric shapes into dematerialized entities, engendering the same degree of theatricality as a Judd stack. Afrum I (White) appears as a weightless cube, hovering in space. Stilted, visitors stand mesmerized, a prolonged apprehension of presence. And the line to see Iltar (1976), in the highest tower, is long enough to make any visitor painfully aware of their surroundings. 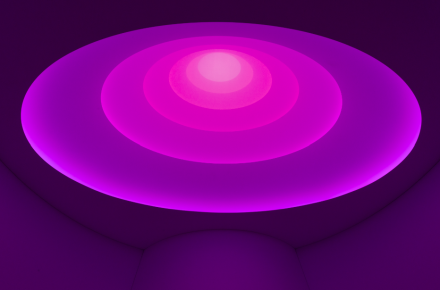 Overall, though, the exhibition begets curiosity for more information on Turrell’s career, Rodin Crater and other works, and his relationship to contemporary art. Initially,the lack of historical context in the Guggenheim’s exhibition is somewhat off-putting, but then again, that seems to be the point.Viewers are used to having information imposed at them from every angle that the lack of text and context felt unfamiliar, almost reverent, a sensibility which has been attributed to Turrell’s Quaker upbringing. Regardless, a viewer thirsty for more information on medium of light after visiting Turrell’s show is required to find other sources of information (perhaps involving a trip to Los Angeles of Houston). Some writers may dismiss the exhibition as another attempt by a big museum to cater to an attention-deficit-disorder population, but if one considers Turrell’s body of work, he is stimulating curiosity and awe in hopes that viewers will be inspired to seek out answers to their own questions. 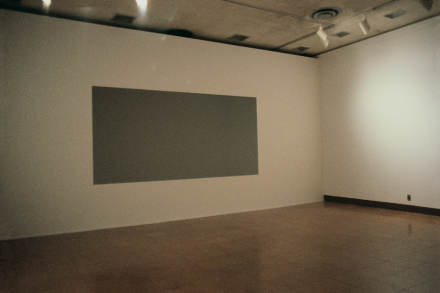 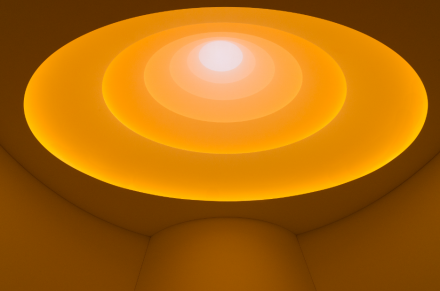 This entry was posted on Friday, August 9th, 2013 at 12:10 am and is filed under Art News. You can follow any responses to this entry through the RSS 2.0 feed. You can leave a response, or trackback from your own site.